Israeli President IsaacHerzog continued his historic visit to the United Arab Emirates as planned on Monday, one day after the Emirati air defense systems intercepted a ballistic missile fired by Iran-back Houthi rebels in Yemen.

The Israeli president opened Israel National Day at the Expo 2020 and met with the ruler of Dubai and UAE Vice President and Prime Minister Sheikh Mohammed bin Rashid Al Maktoum.

Herzog then toured the Sheikh Zayed Grand Mosque in Abu Dhabi along with First Lady Michal Herzog. Upon their arrival, the Herzogs signed the mosque guest book and Mrs. Herzog was given a traditional robe handmade especially in her honor.

Herzog concluded his presidential visit to the UAE on Monday evening.

“I am finishing a very moving, historic, and exciting visit to the United Arab Emirates at the invitation of a great leader, Sheikh Mohammed bin Zayed, the Crown Prince, and his government," he said. “The potential is huge, enormous, between the two nations. We can truly lead the Middle East to a new horizon of peace, prosperity, cooperation, and joint investments and development.” 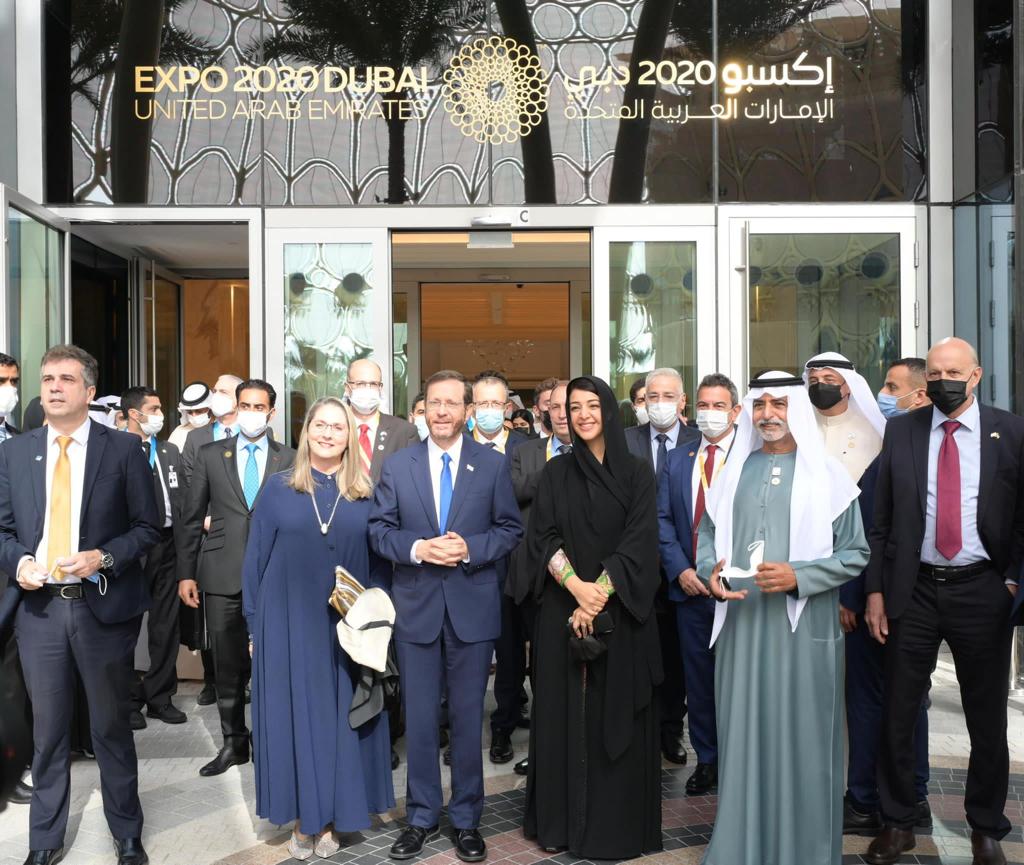 Herzog praised the achievements of the Abraham Accords.

“There are only two alternatives for this region. One is peace, prosperity, cooperation, joint investments, and a beautiful horizon for the people, or alternatively, what Iran is doing, which is destabilizing the region and using its proxies to employ terror,” he said. “These are the two alternatives, and this visit symbolizes hope, peace, and a great future for our nations, the region, and the world at large.”

The UAE leader, Sheikh Mohammed bin Zayed, thanked Herzog for speaking out against the Houthi terrorist attacks. “It is a stance that demonstrates our common view of the threats to regional stability and peace, particularly those posed by militias and terrorist forces, as well as our shared understanding of the importance of taking a firm stance against them,” he said.

The Biden administration reversed the Trump-era terrorist designation of the Houthis one month after entering the White House. The decision came after President Biden announced an end to American support for the Saudi-led coalition’s operations in Yemen against the Houthis. Due to recurring attacks against the UAE, Washington is reportedly considering redesignating the Houthis as terrorists.