Gantz expressed his appreciation for His Majesty’s support for the expansion of ties between Israel and Bahrain.

“We have reached new heights today in Israel-Bahrain relations with the important meetings that took place and with the signing of the historic MOU,” Gantz said. “We are building on the groundbreaking Abraham Accords and deepening ties between our nations. Only one year following the signing of the Accords, we have achieved an important defense agreement, which will contribute to the security of both countries and the stability of the region.”

The MOU framework formalizes defense relations between Israel and Bahrain and will facilitate any future cooperation in the areas of intelligence, shared trainings, industrial collaboration and more. The security deal was reached one year after the signing of the Abraham Accords.

During the highlight of his visit, Gantz expressed his anticipation that future cooperation will strengthen the defense forces of both countries and contribute to regional security and stability in the face of emerging threats in the region, and terror groups that continue to grow strong technologically and militarily.

“We have reached new heights today in Israel-Bahrain relations with the important meetings that took place and with the signing of the historic MOU,” Gantz said. “We are building on the groundbreaking Abraham Accords and deepening ties between our nations.” 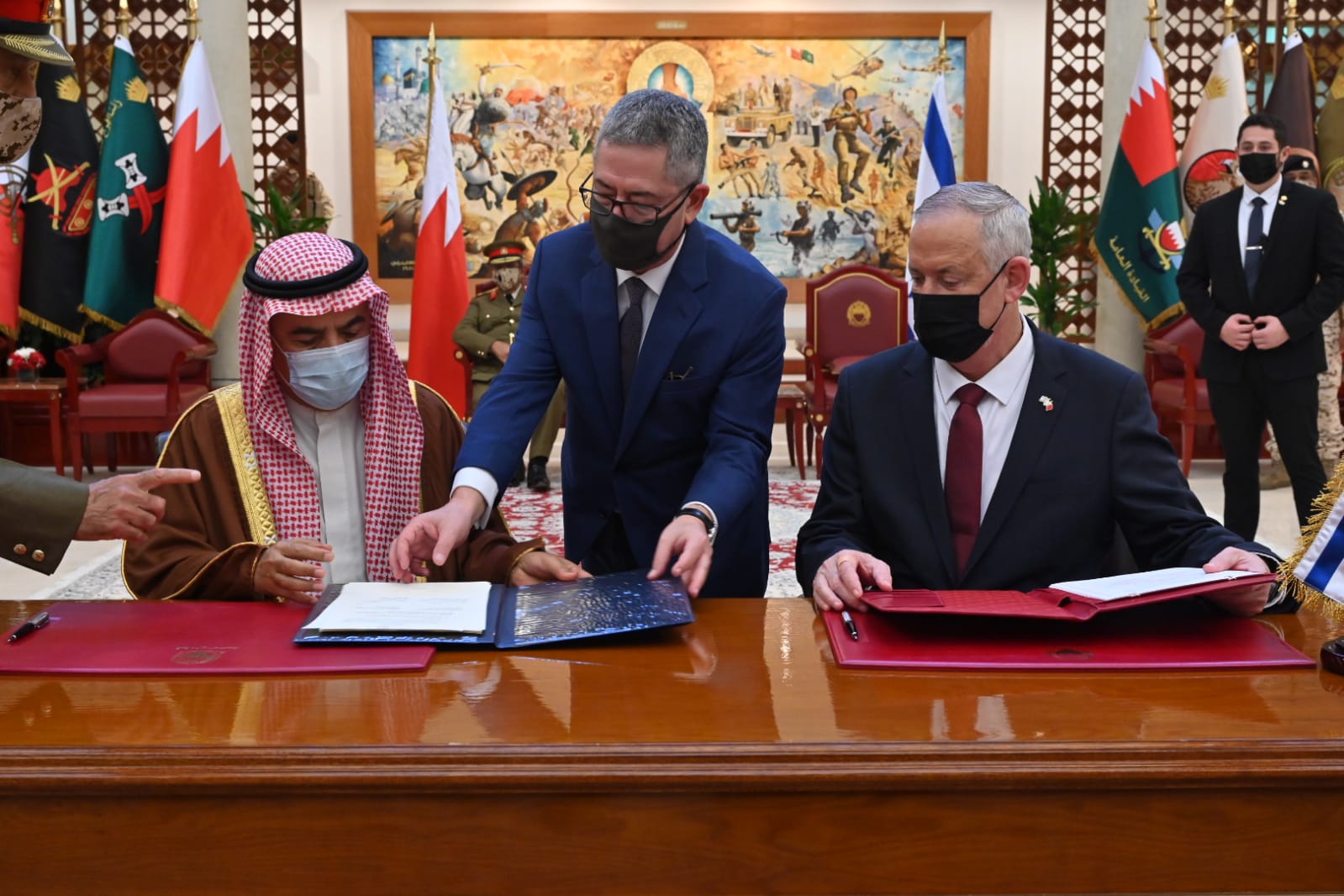 Earlier in the day, Gantz was hosted by the U.S. Naval Forces Central Command at the U.S. Fifth Fleet headquarters. After touring the guided-missile destroyer USS Cole, the Israeli Minister discussed challenges of mutual interest and opportunities for regional maritime security cooperation with Vice Admiral Brad Cooper and Bahraini Minister of Defense Affairs.

Gantz said that cooperation between the IDF and the U.S. Fifth Fleet has expanded thanks to the Abraham Accords. He defined it as “critical” given regional security challenges.

“Deepening cooperation will enable us to maintain regional stability and to defend the common interests of Israel, the United States and Bahrain. The bond between Israel and the U.S. is one based on common interests, and perhaps even more importantly on shared values. Our military cooperation is reflective of such,” he said. "Having served as defense attaché to Washington and as the IDF’s Chief of Staff, I understand the meaning and weight of our strategic partnership. We will continue working together so that this region may prosper and enjoy peace, stability and security.”