Despite a formal ceasefire in effect since May 21 between Hamas and Israel, incendiary balloons from Gaza continue to be launched into Israel sparking fires in the surrounding farmland.

Last night, the Israeli Air Force hit Hamas targets in the Gaza Strip in response to these attacks which continued throughout the weekend.

“The strikes were made in response to the arson balloons fired towards Israeli territory. The IDF will continue to respond firmly against terror attempts from the Gaza Strip,” the Israel Defense Forces Spokesperson’s Unit said in a statement.

Since it took over control of the Gaza Strip in 2007, Israel holds the ruling Hamas terrorist organization responsible for everything that happens inside the coastal enclave.

Machine gun fire was directed towards Israel during the Israeli airstrikes, but the Israeli military reported that there were no reported injuries on either side of the border.

“I would like to clarify again: Things have changed. Israel wants quiet and we have no desire to harm the people of Gaza. However, violence – balloons, marches, harassment of any kind – will be met with a severe response,” Bennett said. 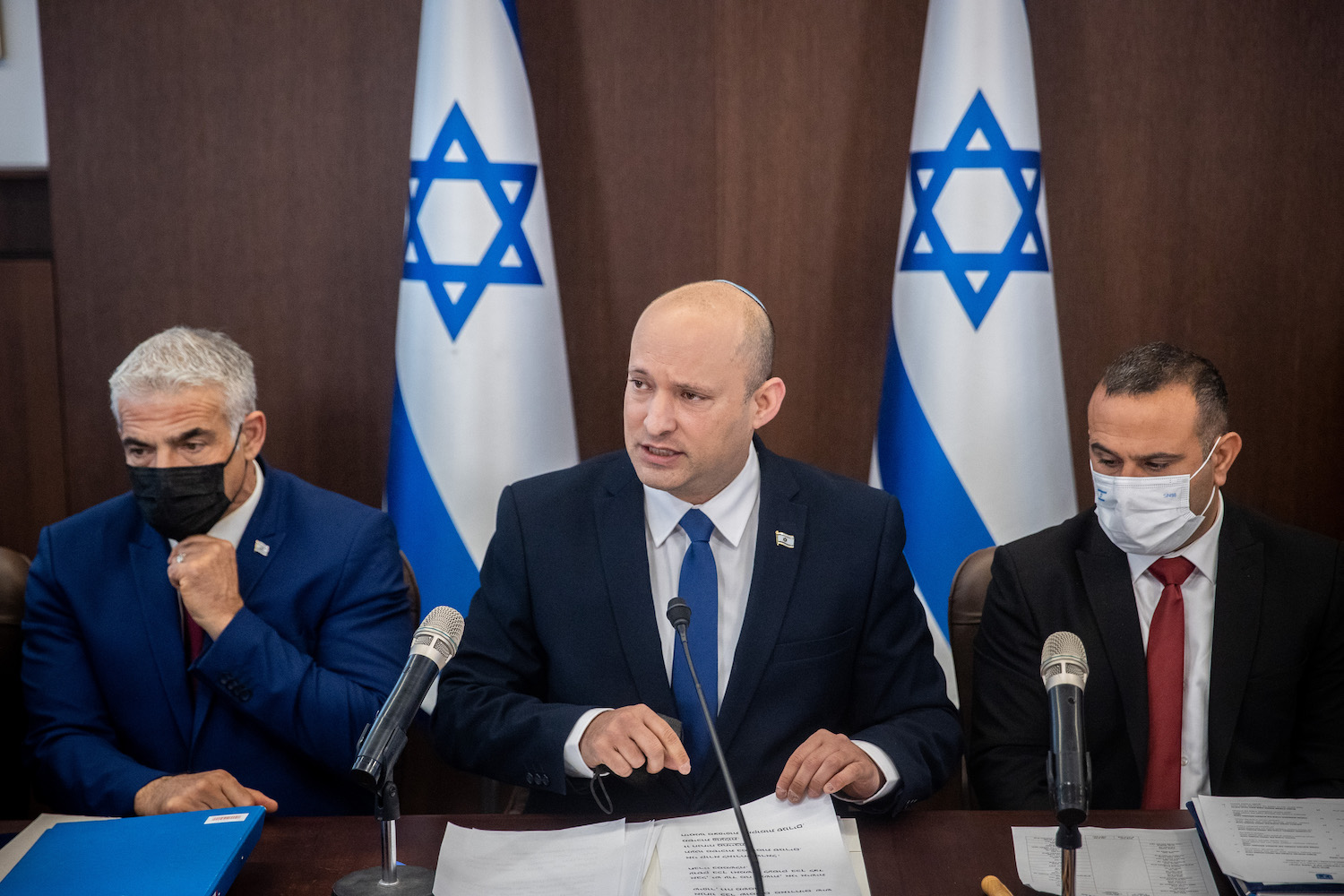 Bennett stressed that the Jewish state is “also working on a solution that will allow humanitarian assistance to the people of Gaza, but without suitcases full of dollars."

The “suitcases filled with dollars” comment is a reference to Qatar’s extensive financial support of Hamas. Following the last war between Hamas and Israel in May, the affluent Gulf Arab state pledged it would contribute $500 million for the reconstruction of the Gaza Strip.

In the past, Israel tacitly accepted the transfer of Qatari funds to the Hamas-ruled Gaza Strip as long as Hamas and other Gaza-based terrorist organizations refrained from attacking the Jewish state. 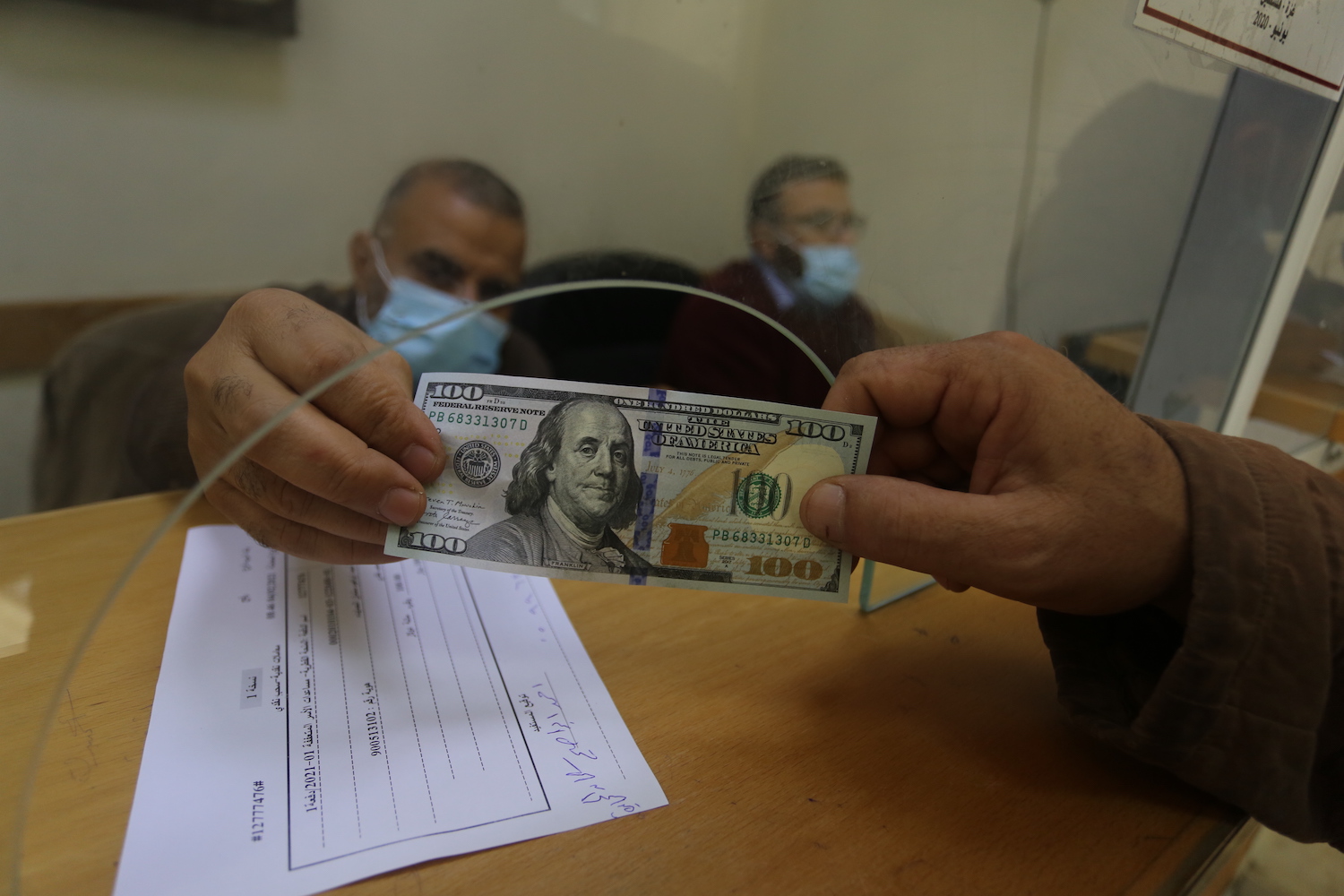 Palestinians receive their $100 as part of the aid allocated by Qatar to poor families in the Gaza Strip, February 4, 2021. (Photo: Abed Rahim Khatib/Flash90)

Following the latest major Hamas attack on Israel’s main population centers in May, the Israeli government decided to stop the direct transfer of Qatari funds to Gaza. However, according to the Palestinian Arab daily al-Quds, the United Nations will reportedly step in and take control of the money transfers to the coastal enclave. Unlike the United Arab Emirates and Bahrain, Qatar still does not recognize Israel’s right to exist and has so far refused to sign a normalization agreement with Jerusalem.

Trilateral talks between UN special envoy Tor Wennesland, Qatar and Israel have reportedly resulted in a new mechanism whereby future payments will be transferred to banks controlled by the Palestinian Monetary Authority in order to reduce the risk of money ending up in the hands of the terrorist organization Hamas. By contrast, funds have so far been transferred to local banks in the Hamas-controlled Gaza Strip.

Since ousting its rival Fatah party and seizing power in Gaza in 2007, Hamas, which openly calls for Israel’s destruction, has attacked the Jewish state several times. However, unlike previous military rounds, Hamas has warned since the last conflict in May that any incident in Jerusalem would be sufficient for the Islamist terrorist organization to restart hostilities against Israel.

For its part, Jerusalem has warned that it will treat incendiary balloon attacks the same way it does rocket attacks – with airstrikes.