Israel’s clandestine MABAM – a Hebrew acronym for “war-between-wars” – strategy, has one overall purpose: To push Iran and its proxies out of Syria, thereby preventing the Islamic Republic from entrenching itself on Israel’s northern border.

MABAM’s implementation has relied upon many of Israel’s finest male and female soldiers and intelligence officers, including personnel from Unit 8200, an Israeli Intelligence Corps unit responsible for gathering signal intelligence. These intelligence officers play a central role in expanding a high-quality target bank for the IAF’s military operations in Syria.

Israel reportedly has succeeded to destroy 90% of the weapons that Iran has tried to smuggle into Syria.

“The order came at the beginning of January, and the attack took place on Jan. 30, 2013,” Eshel said. “We struck an entire battalion of SA-17 surface-to-air missile batteries that the Syrians bought, with Hezbollah funding, and were about to transfer to [Hezbollah Sec.-Gen. Hassan] Nasrallah. We destroyed them all.”

For Israel, these strikes are integral for preventing the transfer of “game-changing” weapons to Hezbollah and other Iranian-affiliated forces adjacent to Israel’s northern border. With innovative technology and highly accurate intelligence, the Israeli military’s target bank is reportedly 20 times larger today than it was during the Second Lebanon War with Hezbollah in 2006.

The increasingly lethal cat-and-mouse game between Israel and Iran presents a challenge for another key player in Syria – Russia. While relations between Moscow and Jerusalem have deteriorated since Russia’s invasion of Ukraine, Russia and Israel both want stability to be maintained in Syria. Last month, Russia reportedly asked Iran to evacuate several sites in Syria based on Moscow’s fears that its troops would be caught in the crossfire between Israel and Iran. 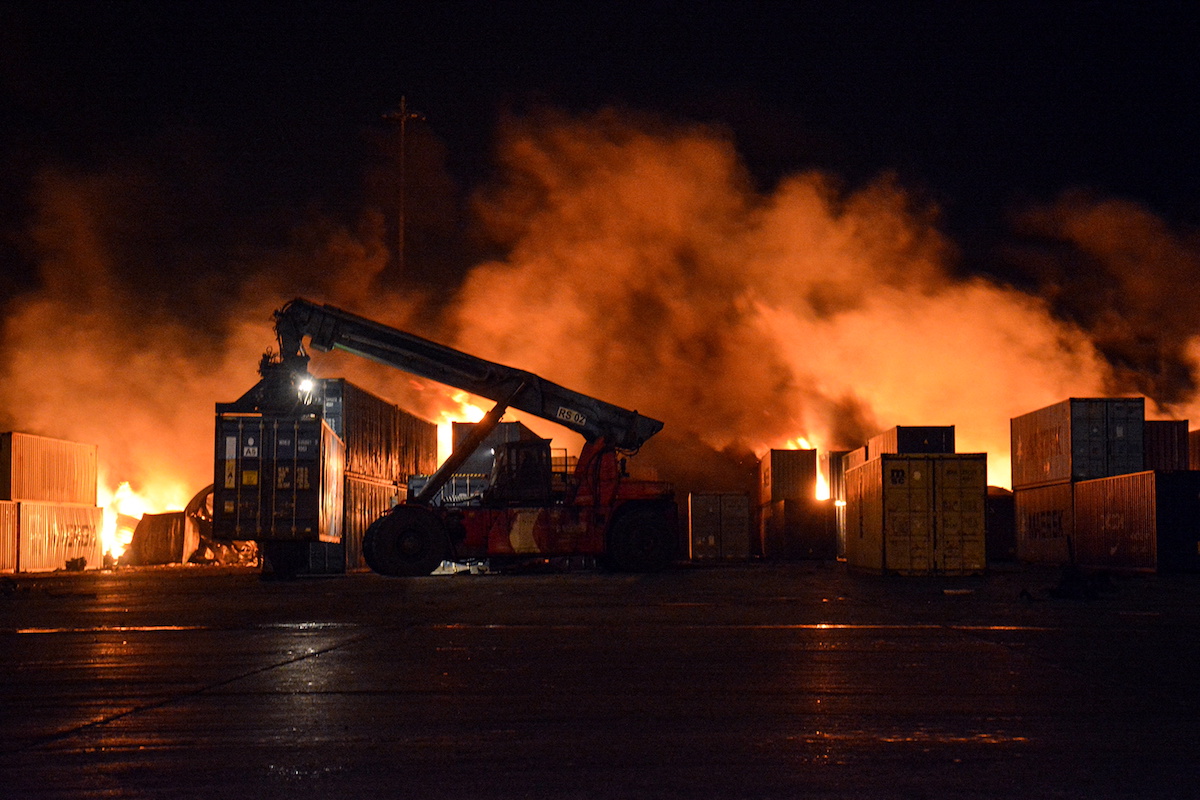 Smoke rises after Syrian state media reported an Israeli missile attack in a container storage area, at the Syrian port of Latakia, in this handout picture released by SANA on Dec. 28, 2021. (Photo: SANA/Handout via REUTERS)

“D” whose real name cannot be revealed for security reasons, was drafted to an IDF elite intelligence unit after immigrating to Israel a year ago. While D’s team knows what kinds of targets to look for, D admits that “every target is different, and we need to have a lot of creativity and use all the tools available and the knowledge we have of the area.”

“It’s extremely rewarding to know the impact of my role. It’s an honor to serve in this position, it’s really special,” D stated.

While D had been interested in the Middle East and intelligence affairs prior to moving to Israel, she admitted never believing she would serve in this particular role.

“When you are outside AMAN [Israel’s Military Intelligence Directorate], you don’t really know what it’s all about,” D said. “If someone would have told me that I would be in the BOR [the IDF’s subterranean command center in Tel Aviv], I would have told them that they were crazy.”

“A” is another immigrant who serves in the elite intelligence unit. Unlike D’s family members who still live outside Israel, A’s family moved to Israel, challenging her to balance her professional and family life.

“I go home and I can tell them that something happened, but I can’t tell them what,” A said.