While Israel leads the world in inoculation rates, it is also forging ahead with the creation of a “green passport” that will allow those who get the COVID-19 vaccine to attend events, enter malls, eat at restaurants, travel internationally and avoid quarantining upon return to Israel.

But those without a so called green passport will be barred from participating in any of the above activities.

So far, according to the present proposal, the special passport will not apply to school or work, storefronts, public transportation and houses of worship. It will, however, apply to cultural and sporting events, conferences, restaurants, cafes, malls, hotels, gyms and swimming pools effectively preventing people from participating in many aspects of public life.

Many Israelis have already taken the vaccine — which is being rolled out in a warp speed campaign — simply because of their desire to “get back to normal.” As of Monday some 12% of the population already received their first of two inoculations.

“The green passport is also our way of encouraging more and more people to get vaccinated, and rightly so,” Health Minister Yuli Edelstein said. “Those who are vaccinated are not dangerous.”

He did not clarify what dangers un-vaccinated people pose and what would be the implications of their failure to take the shot.

What’s more, Edelstein said the Israeli Health Ministry is already in talks with other countries to accept an “international alliance that would allow the movement of citizens to have a green passport.

"The potential for issuing it is huge,” he said.

The passport will be valid for six months at at time under the current plan. For those who are not or do not want to get vaccinated, a temporary green passport valid for 72 hours may be issued with a test for the virus.

But while Israel is leading the world in its efficiency of vaccine administration, testing on the other hand has proven challenging with hours-long waits on lines to get tested and results that sometimes take up to five days to come in.

The plan is being presented as the ticket to reopening sectors of society that have been closed, some for 10 months already, since March.

The “passport” will be an application downloaded on one’s phone or a physical document who doesn’t own a smart phone. The concept was presented on Monday to the Knesset Constitution, Law and Justice Committee by coronavirus commissioner Prof. Nachman Ash.

The app itself will be available in Hebrew, Arabic, Russian and Amharic with a separate travel document in English for those traveling abroad.

One aspect of the app is that it tracks your location and alerts the user to any risk nearby, for instance proximity to a “red” city where COVID infections are higher. It also provides the all important statistic of how many people have been vaccinated that day.

The app will guide the user through a few set up screens asking for their age and risk profile and whether it can access their location. It shows you whether you are considered “green.”

The committee was also tasked to consider alternatives for people who cannot take the vaccine for medical reasons.

While many political leaders are praising the proposed green passport, one Knesset member who attend the committee meeting raised concerned about invasion of privacy.

“I want to share what I felt and understood from the discussion on the green passport in the Constitution Committee,” Yulia Malinovsky posted on Facebook. “If we put aside the problematic issue of everything related to privacy, the personal rights of the citizens and other ethical questions, my feeling in the discussion is that there are more holes in the whole screen.” 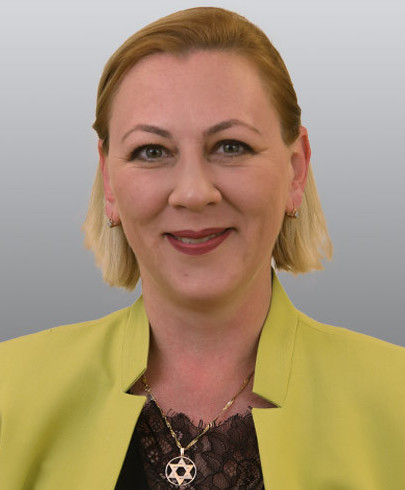 “This issue has not been considered, we do not yet know exactly how long the vaccine is effective, how it affects us, whether it prevents infection, it is far from certain,” she continued. “There will be many more discussions about the green passport with a great many questions and I hope the representatives of the Health Ministry will come prepared with answers.”