In response to an ongoing terror wave that has already claimed at least 18 Israeli lives in the past six weeks, Israeli Prime Minister Naftali Bennett wants to create a civilian national guard to help protect communities around the country.

“Capturing the murderers is not enough. We are at the start of a new stage in the war on terrorism. Those who incite cannot rest easy. Those who throw matches cannot run away. The supreme mission of the government of Israel is to restore personal security to the citizens of Israel,” Bennett said at Sunday’s Cabinet meeting.

The prime minister consequently emphasized the need for establishing a national guard as a complement to Israel’s existing security forces.

“We are advancing two very significant things. First – the establishment of a national guard. I have instructed the National Security Council, in coordination with the Public Security Ministry, to present the government with an orderly and budgeted plan to establish a civilian national guard by the end of the month,” Bennett vowed. 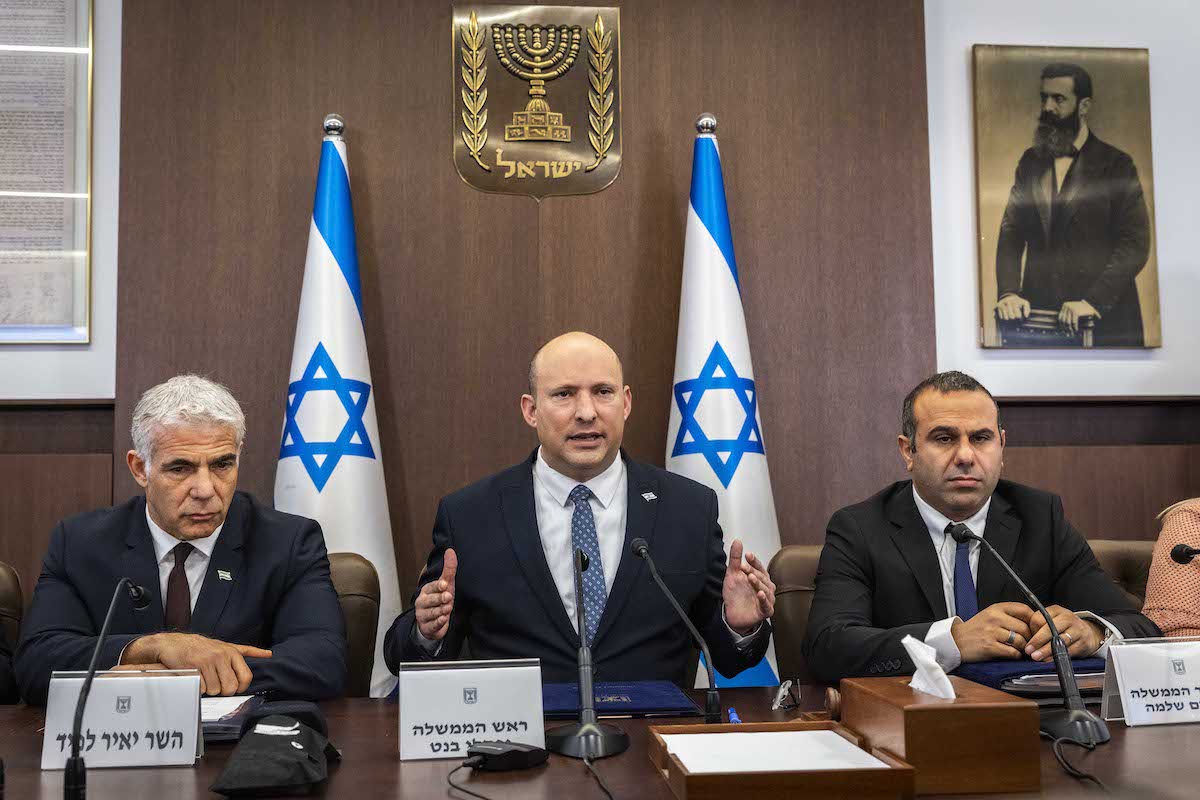 While the current terror wave started in late March 2022, Bennett linked the need for a national guard to domestic riots and violence between some Arab and Jewish citizens in Israel amid the conflict with Hamas in Gaza in May 2021.

“The urgent need to strengthen the personal security of the citizens of Israel was born a year ago during the events of Operation Guardians of the Walls, mainly in the mixed cities, and it is more urgent than ever in the current wave of terrorism,” the prime minister said. “Time and time again, we see the difference between incidents in which there was a responsible armed civilian in the area and those in which there was not. The need is great, especially in the ultra-Orthodox cities, in which fewer people carry weapons. We are taking action.”

Meanwhile, the terror wave in Israel continues and Bennett’s idea was essentially put to the test when a Palestinian terrorist infiltrated Tekoa, a Jewish town in Judea south of Jerusalem.

Yair Maimon, a Tekoa resident, recounted the surreal experience of spotting the armed terrorist climb over the fence, just a few feet from where he was sitting at home sipping tea with his wife.

“We were sitting on the porch, on the western side of Tekoa. Suddenly, within that serene landscape, we spot a face, a person climbing the fence right in front of us,” Maimon told Radio103FM.

Realizing the danger, Maimon grabbed his M16 and shot the infiltrator. Maimon is a civilian member of the settlement’s security team.

“Well done to a Tekoa resident, a hero, who prevented a terrible disaster, protected his family, and took action in order to end this incident exactly as expected – by eliminating the terrorist. I call on anyone who is able to carry a weapon to do so, in order to strengthen our security forces. Together we will win,” said Shaked.

Also on Sunday night, another Palestinian terrorist stabbed an Israeli border police officer at Damascus Gate outside Jerusalem’s Old City. The attacker was shot and killed at the scene and the officer was treated for his wounds.