About 93% of the votes have been counted and one seat has flipped.

The current election results are as follows:

Last night, the kingmaker was expected to be Naftali Bennett, head of Yamina, a right-wing Jewish party. But as the current election results are showing after 89% of the votes counted, it looks like Ra'am, an Islamic party, could be the new kingmaker in the Knesset. Mansour Abbas, head of Ra'am, has been courted by Prime Minister Benjamin Netanyahu leading up to the elections. His party passed threshold earlier today and is projected to win 5 or 6 seats.

After 89% of the votes have been counted, the Ra'am (Islamic) party passes the threshold. The current election results are as follows:

After 78% of the votes have been counted, the current election results are as follows:

After 70% of the votes have been counted, the current election results are as follows:

Channel 11 has the same numbers as Channel 12.

Blue and White gained more than expected according to polls – 8 from Channel 13 and 7 from both Channel 11 and 12. This could block Netanyahu from forming a coalition.

Exit polls are not final and are notoriously unreliable.

One hour to go until polls close in Israel and, so far, we are seeing the lowest voter turnout since 2009, according to the polling stations.

Join us for a LIVE report from Jerusalem with Joel Rosenberg, editor-in-chief of ALL ISRAEL NEWS, for exclusive coverage of Israel’s elections as results come today at 5 p.m. EDT / 2 p.m. PDT / 11 p.m. in Jerusalem. To register follow this link.

Defense Minister Benny Gantz took time from campaigning for his Blue and White party to be briefed on a rocket fired from Gaza that landed near Beer Sheva, where Prime Minister Netanyahu was apparently on a campaign stop at the time.

Voter turnout today has been running lower than previous elections. As of 6 p.m. only 51% of Israel's 6.5 million eligible voters had turned up to cast their ballots.

The numbers were worse in the Arab sector with only 13% of eligible voters having cast a ballot by 2 p.m. in these communities. This low turnout prompted the two main Arab parties to warn of a “disaster.”

Pollsters for two Israeli channels, 12 and 13, said they are seeing “dramatic” exit polls.

"This is a holiday for Israel, a day of joy and smiles. We are going out in order to realize the democratic right," Netanyahu said.

"For me it is very moving to come with my wife, who just had a very difficult week," he said of Sara Netanyahu who was treated for an inflamed appendix last week. "I am grateful for all the wishes from all citizens of Israel. You touched our hearts and moved us and it is wonderful to see you, Sara, healthy as you go to vote."

It also moves me to come here, 100 meters from the place where I studied in first grade, and to come back here and vote in our state, which is a global wonder. I call on everyone to go out of your homes and realize the democratic right to vote."

Sara Netanyahu added her thanks to the staff of Hadassah Ein Kerem hospital who cared for her last week and to Israelis who wished her a quick recovery.

"This greatly moved me and gave me strength. Thank you to everyone; I love you. I also thank my husband very much," she said. 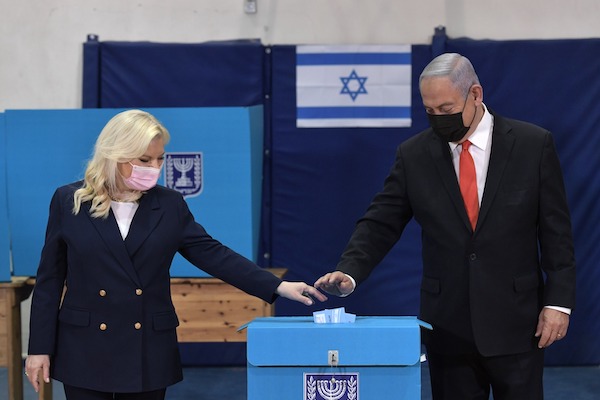 President Reuven Rivlin exercised his right to vote in the elections for the 24th Knesset – his last time voting as the nation's president before his term ends this summer – and said he was doing so "as a concerned citizen. Very concerned.”

The president cast his ballot this morning at Yefe Nof school in Jerusalem and appealed to Israelis to push through the "difficulties of the current situation" and go out and vote.

"Elections to the Knesset are the pinnacle of our democracy. Four elections in two years erode public trust in the democratic process, but only you can influence. There is no other way,” he said. “My dear ones, for the last time, and from the heart of the president to yours – please, go and vote. For our children and grandchildren, for all of us.”

Rivlin also sought to reassure the public that the Central Elections Committee “ensures the right of every Israeli to vote, and that the process will be carried out according to the regulations across the country. They do so in the face of many challenges, particularly that of adapting the elections to the coronavirus pandemic, to at risk populations and for those in isolation.” 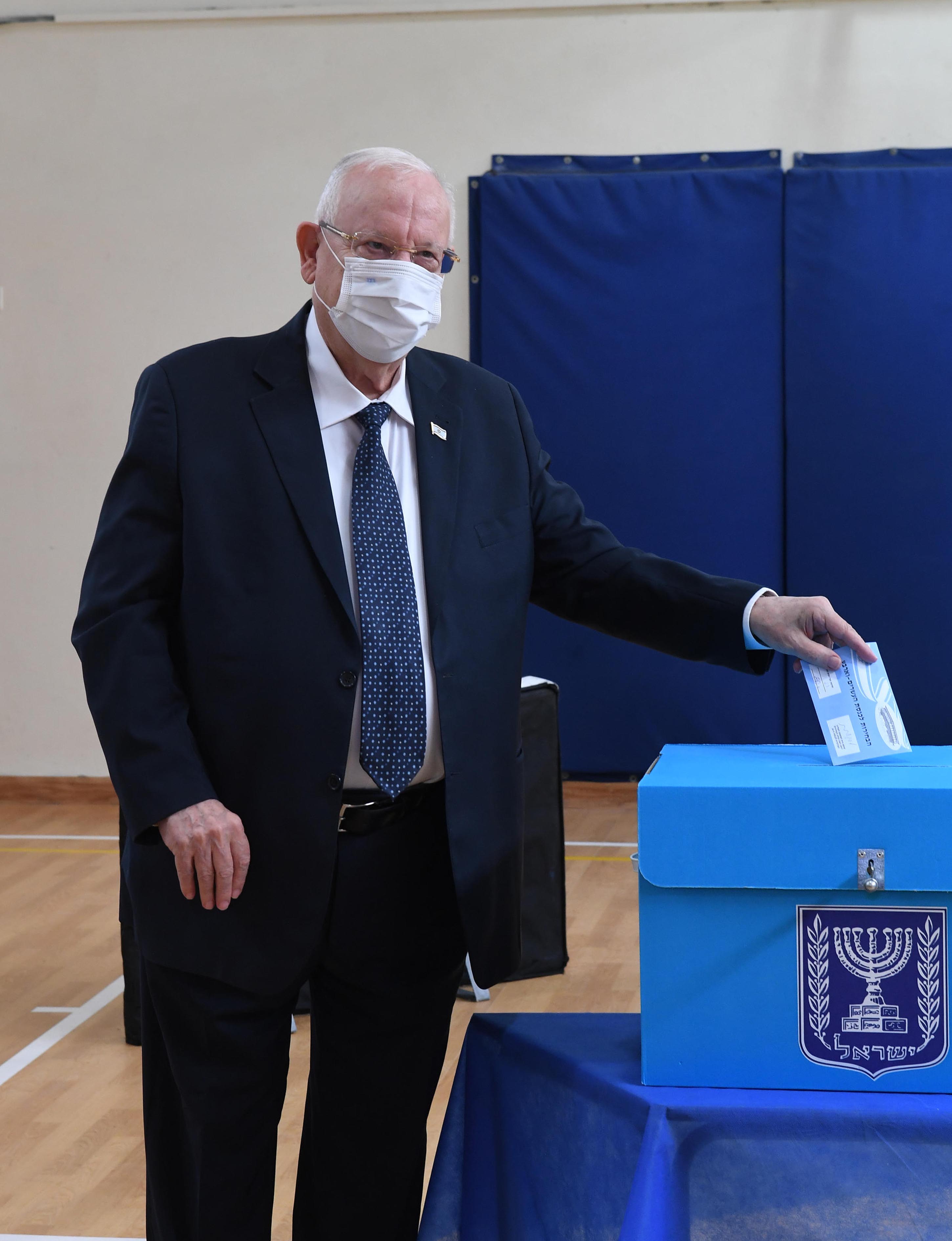 Blue and White chairman, Defense Minister Benny Gantz, voted this morning, and called on voters to support "the pro-change bloc. Otherwise, we’ll end up with a government where even a fifth round of elections will be out of reach."

"Elections are a celebration of democracy. But today, we aren’t celebrating, because Israel’s health, economy and society are in a distressing state, and we should have been spared these elections," Gantz said. "It is important that everyone get out and vote, choose the right ballot, vote in favor of change and for Blue and White, because otherwise, even fifth elections will be out of reach. We’ll have a different kind of government in place. I urge everyone to stay calm, refrain from violence, and respect every individual and their democratic right.” 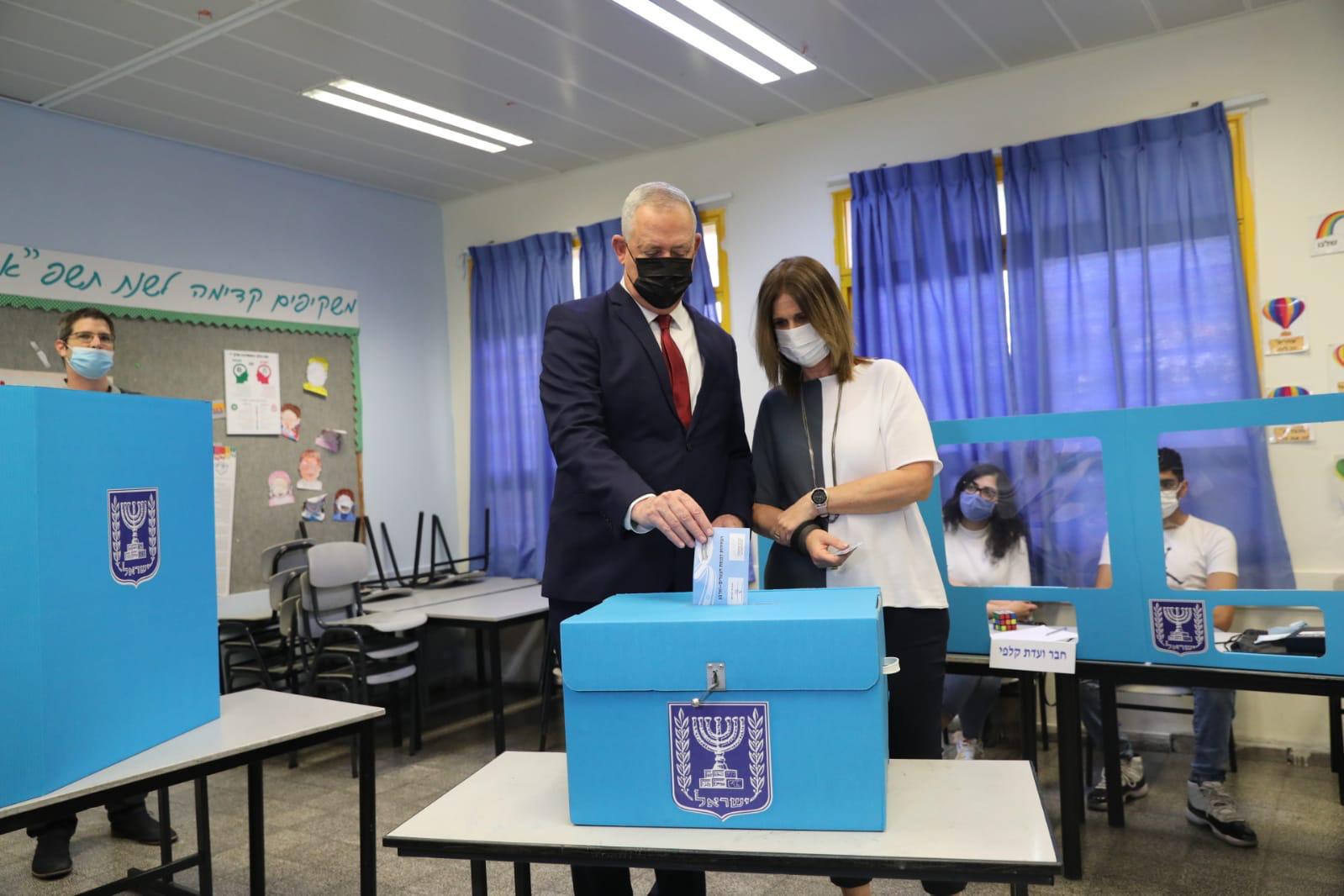 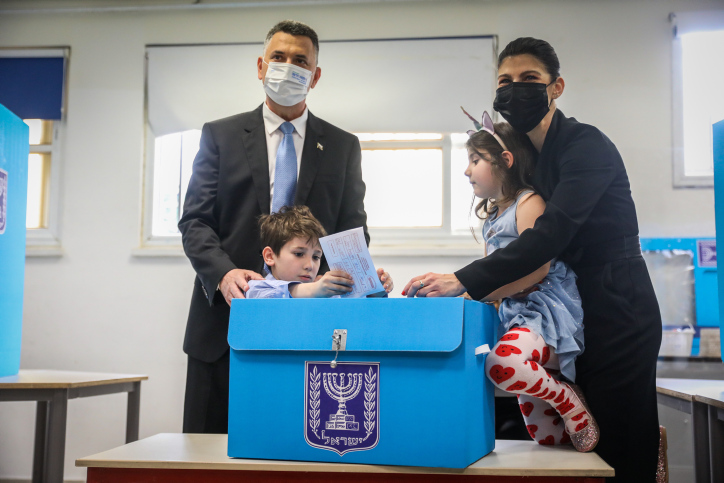 New Hope party leader Gideon Sa'ar and his wife Geula cast their ballot at a voting station in Tel Aviv, during the Knesset Elections, on March 23, 2021. (Photo: Noam Revkin Fenton/Flash90) 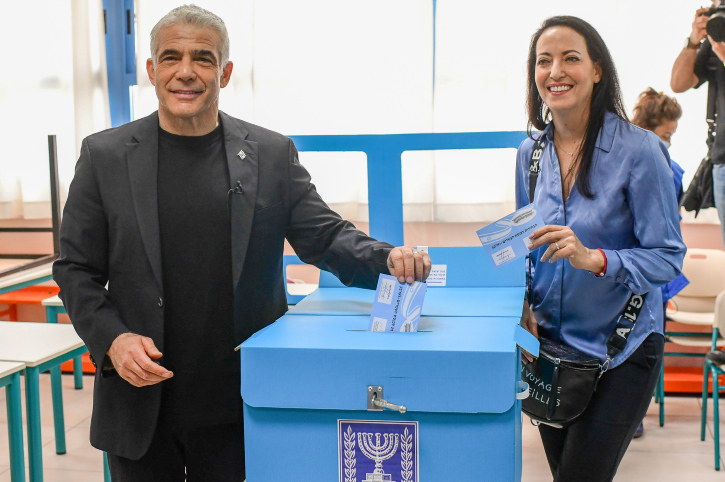 Yesh Atid party leader Yair Lapid and his wife Lihi cast their ballots at a voting station in Tel Aviv, during the Knesset Elections, on March 23, 2021. (Photo: Tomer Neuberg/Flash90) 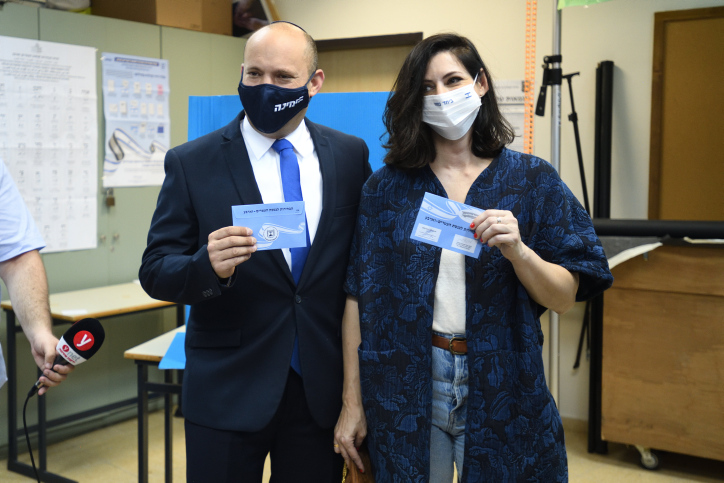 Naftali Bennett, head of the Yamina party, and his wife Gilat Bennett cast their ballots during the Israeli legislative elections, at a polling station in Raanana on March 23, 2021. (Photo: Gili Yaari/Flash90 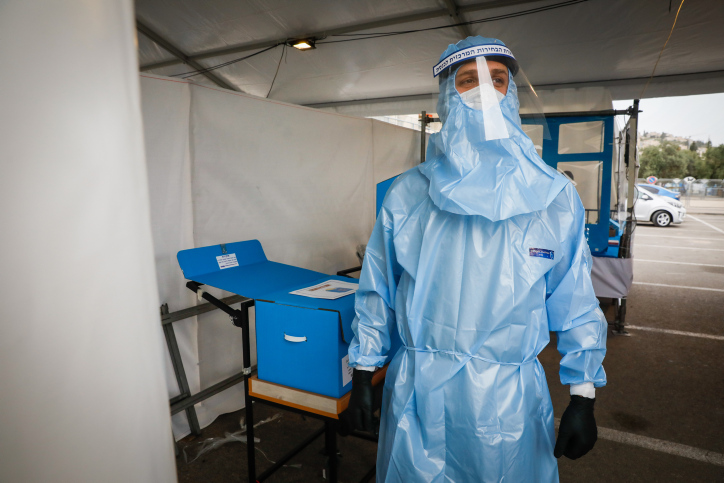 A polling station for people positive for COVID-19 in Jerusalem, during the Knesset Elections, on March 23, 2021. (Photo: Olivier Fitoussi/Flash90)
Share: