In this season of Hanukkah, the Jewish people around the world remember the remarkable story passed down from one generation to another, when in the time of the Maccabees (2nd century B.C.) God gave a small army of Jews a miraculous victory over the Syrian-Greeks who ruled the land of Israel in that time.

When the Maccabees reclaimed the Temple in Jerusalem, they restored it from paganism and began a period of eight days of rededication of the holy place.

As the traditional account tells us, when they went to light the newly consecrated menorah, the single day’s worth of oil that remained lasted the full eight days until the oil could be replenished again. It was an amazing occurrence that is celebrated in the eight days of Hanukkah, also known as the Feast of Dedication or the Festival of Lights.

But what about Christians? Does this holiday rooted in Jewish history have any application for us?

We find in John 10:22 that Jesus Himself appears to have observed this Feast of Dedication in Jerusalem. This historical fact alone should alert us to Hanukkah’s importance to Christians. Yet I believe there is even more to discover here. I want to offer a simple but powerful reminder of why this holiday has significant meaning for both Christians and Jews…

Hanukkah serves as a reminder to us that the God of Israel is the God of miracles. The first part of the miracle is something that has happened time and time again in the history of Israel: God granted the Jewish people deliverance from their powerful enemies when, from a human standpoint, it was an utter impossibility.

Secondly, when the oil continued to miraculously burn on the lampstand in the Temple, it was reminiscent of the days of the original Levites who were appointed, with divine assistance, to keep fire burning on the altar continually in the Tabernacle courts, so that it would not go out (Leviticus 6:13).

What does this miracle speak to us today?

Just as the Levites of old and the Maccabees in the rededication of the Temple, we are appointed to keep the flame of faith and devotion burning in our lives and in our families. In the dark days that are often so present in the world today, now more than ever this call is upon us to shine God’s light.

1 Peter 2:9-10 says, “But you are a chosen generation, a royal priesthood, a holy nation, His own special people, that you may proclaim the praises of Him who called you out of darkness into His marvelous light.”

But we are not left on our own to do it by ourselves.

Just when you think that all hope is lost, just when the oil is about to run out, just when the impossible circumstances are threatening to overtake you – God’s presence and provision come at the moment of the greatest need.

We are not left alone to keep God’s light burning with our own human resources. The God who gives the commandment to tend the flame is the God who brings the provision enabling the miracle breakthrough to come.

In Jewish observance, the tallest candle at the center of the nine branches of the special hanukkiah (candelabra) menorah is the shamash (“servant”) candle that is used to light the other eight candles, one new candle per evening. This is a beautiful picture of God’s intervention to keep the lights of the festival burning brightly.

You are not alone – God’s very presence, like the servant candle of the hanukkiah, is in the midst of your situations, and those from the household of faith stand on either side of you, contending with you for light in the throes of darkness.

So this Hanukkah and Christmas season, in the midst of all that rages around you, hold your light strong and true, with assurance of faith – the God who has placed you where you are, difficult as it may be, will daily and faithfully provide the miraculous fuel that you need to continue on. 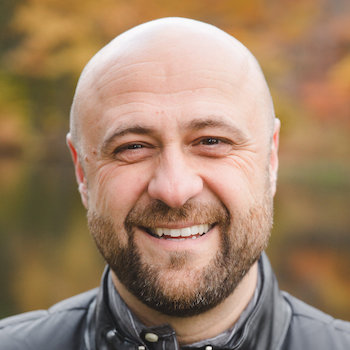