JERUSALEM—When Donald J. Trump became president of the United States in January of 2017, it was not obvious to almost anyone that he would become the first American leader in history to broker four Arab-Israeli peace agreements.

Nor was it obvious that he would be helped in this ground-breaking effort by a team of four modern Orthodox Jews that included Jared Kushner, David Friedman, Jason Greenblatt and Avi Berkowitz.

It certainly wasn’t obvious that David Friedman – whom Trump appointed as his ambassador to Israel – would then turn to the world’s largest Christian television network to tell the story of what the Abraham Accords really are, why they are so important, or how they came to pass. 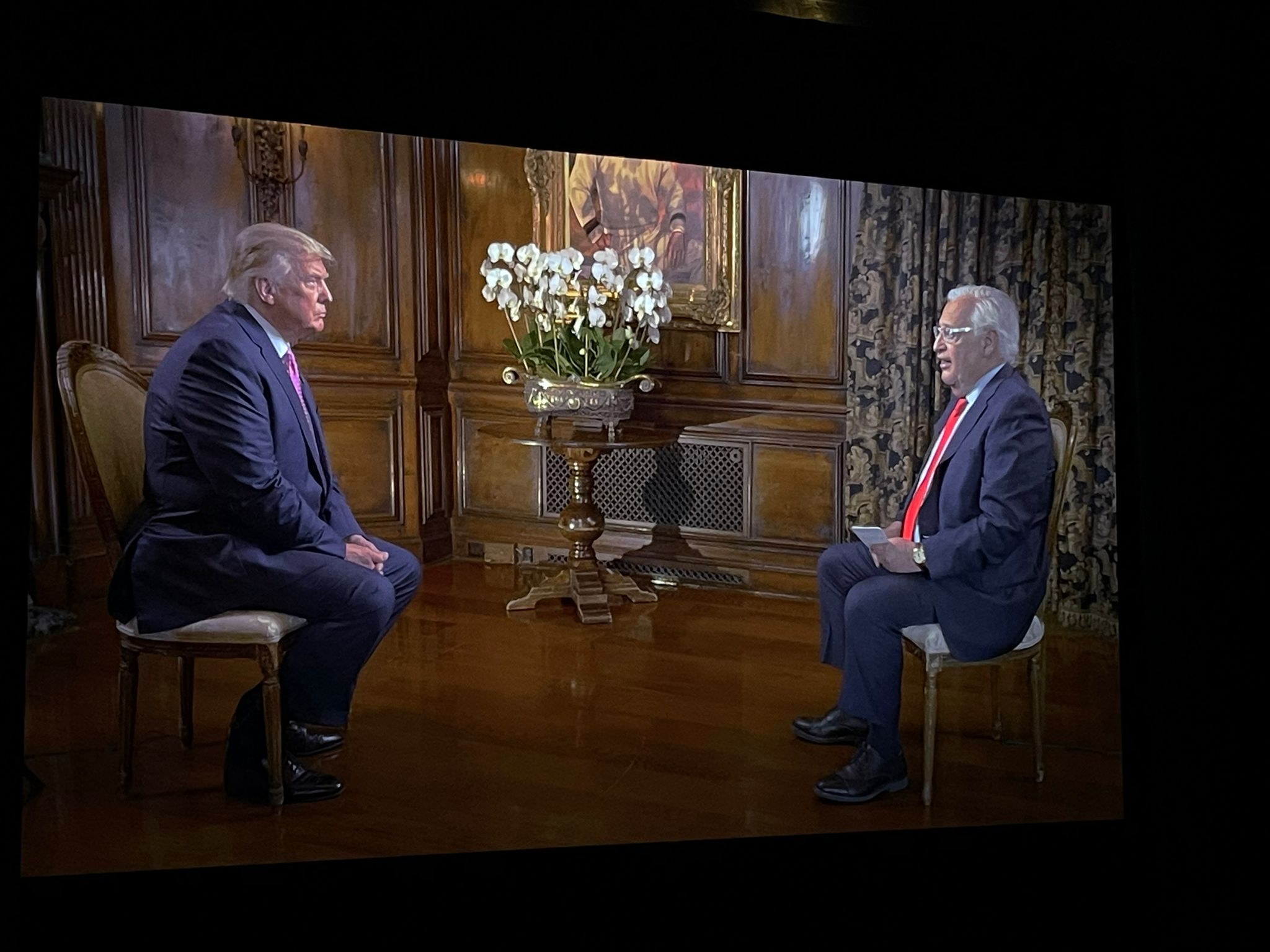 That’s why Friedman’s four-part documentary film series on TBN, and his forthcoming book, are both so important.

They tell the improbable story of a near-miraculous set of achievements.

What’s more, they put the biblical story of Abraham – and his two sons, Ishmael and Isaac – at the heart of the narrative, something most journalists who have covered the Abraham Accords have refused to do, or simply not understand this story’s significance.

In part one of my exclusive interview with Friedman, we discussed his deep concerns that the Biden administration is threatening to divide Jerusalem by placing an American consulate in the city to deal with Palestinian affairs, rather than opening such a consulate in Ramallah.

In part two, we discussed the ambassador’s film and book projects, and why the biblical story of Abraham is so intriguing to Friedman. 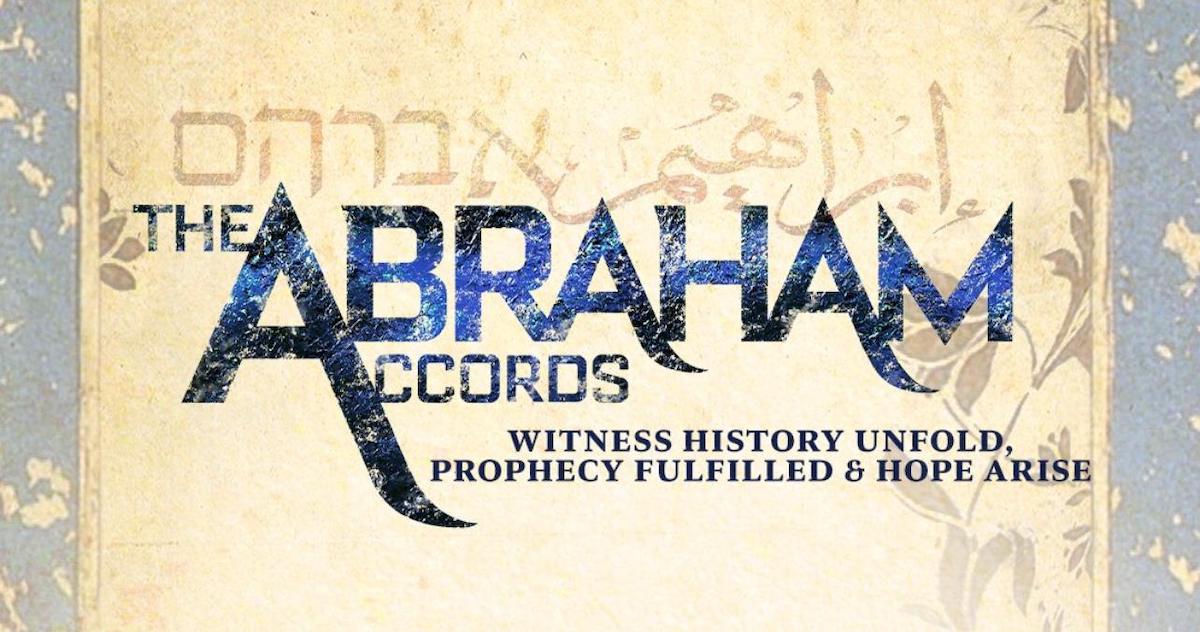 Here is a partial transcript of our conversation (lightly edited for clarity):

ROSENBERG: Ambassador, I just absolutely loved the first installment of your documentary series for TBN on the Abraham Accords. It is beautifully shot and incredibly well-produced. But also it provides great insights into a very important story.

Many Christians still don't know the story of how the Abraham Accords came about. This is, in part, because American Evangelicals have been so internally focused with COVID and political division and racial tensions, and so forth. So, a documentary film series explaining what the Abraham Accords really are, how they came to be, and why they are so significant is very important.

That said, what I love is that you really inject – and unashamedly – is that there is a biblical narrative that is important here, not just a geopolitical narrative.

These peace accords are named after “Abraham,” after all. But who is Abraham? Why is Abraham revered by Jews, Christians and Muslims? There is a biblical story here, as well as an Islamic story from the Qur’an. And this is part of the Abraham Accords. And  you tell the story so beautifully in your film series.

So, tell us a little bit more about why you have created this series.

AMBASSADOR DAVID FRIEDMAN: Well, I agree with you. There is, and there was, a biblical story. There is a theological story here.

The theological story goes back 4,000 years to the relationship between Isaac and Ishmael. There was a rivalry between these two sons of Abraham that was largely a function of the relationship that Sarah had with Hagar. Sara felt jealous of the fact that Abraham’s firstborn son came from her handmaiden, Hagar. And that rivalry resulted in, you know, Ishmael being banished from the home of Abraham.

But then God reaches out to Hagar. God sees Hagar and Ishmael, and he saves their lives as they are, you know, dying of thirst in the desert. And God says, “I will make Ishmael into a great nation. I will bless them.”

And God also says to Abraham that, “I will bless Isaac and make him into a great nation.”

So, you know, going back 4,000 years, God wants both the Arab nations that descend from Ishmael, and the Jewish nation that descends from Isaac. He promises that they will be the fathers of great nations. 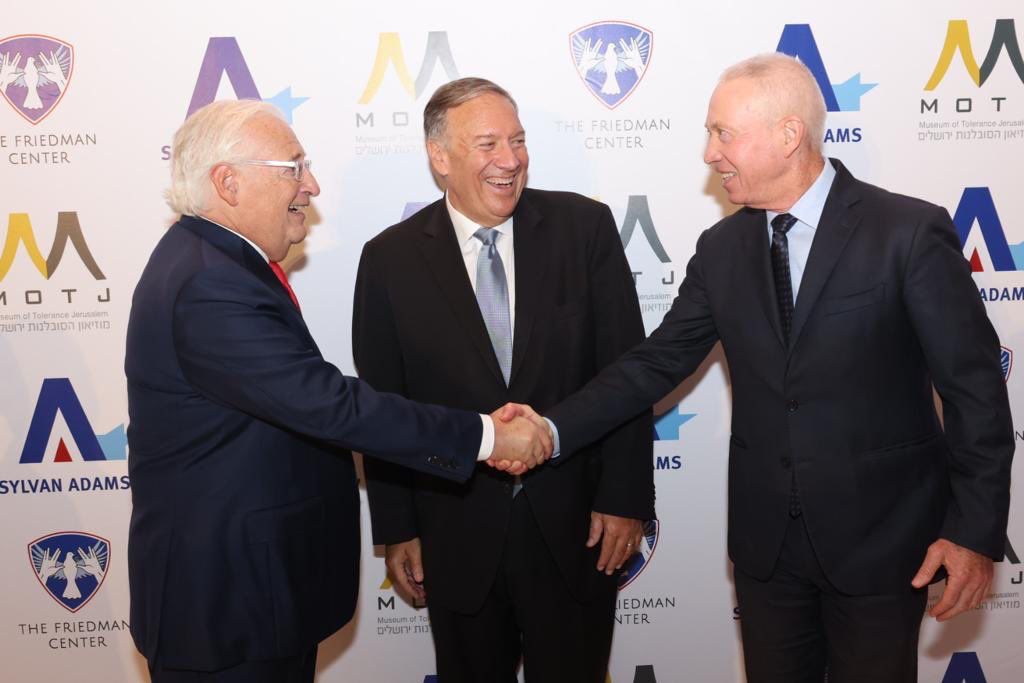 ROSENBERG: That reconciliation is largely forgotten. It’s not taught much. It really has to be dusted off. And what I loved about Part One of your series is you are dusting off this important reconciliation between Isaac and Ishmael, and you're saying this actually has relevance biblically and historically to what's happening right now. Most people don't realize that.

We seem to have settled into this notion that Jews and Muslims – and Christians and Muslims – will be in a perpetual state of conflict. That they just hate each other. That that’s who they are.

But that's not who they are. That's not how they were created. And so, the idea that this reconciliation could occur, I think, has deep biblical roots. Of course, over 4,000 years of history, lots of things happened. We don't dwell too much in the past in the film. But as I say in the film, we need in modern times the revitalization of an ancient reconciliation.

ROSENBERG: Absolutely. It’s a very important theme to your work, and I’m very grateful for it. Now, when we get closer to the February release of your book, "Sledgehammer: How Breaking with the Past Brought Peace to the Middle East," we'll talk again and unpack the story that you tell of your insider role and perspective on the Abraham Accords.

But for now, I want to ask you this: Why did you create a documentary film series to go along with the book, and why did you – a modern Orthodox Jewish man – choose to work with the Trinity Broadcasting Network, TBN?

FRIEDMAN: So, I think I'll answer the second part first.

I pitched this idea to some other TV networks, as well. TBN was the most interested. I think they valued the content. They valued the opportunity the most. I could see the level of excitement that they had in doing this, and they committed an enormous amount of resources to this.

And TBN has – and I had experienced this before – they have got great filmmakers. They have got great assets, great studios, and they were willing to really put in the effort. And obviously, they also have the distribution channels…

ROSENBERG: TBN is the largest Christian television network in the world.

FRIEDMAN: Yes, that was why I chose them. That was very important to me. And they were prepared to enable me to tell the story the right way.

And it's a story that should be told. Look, we kept our discussions [between Israel and the United Arab Emirates] secret. The day that we announced the normalization between Israel and the Emirates [on Aug. 13, 2020] it was a complete surprise. Right? And I think people might have had the mistaken impression that, you know, a couple of days before we had a couple of phone calls, and things just fell into place and then we just announced it. 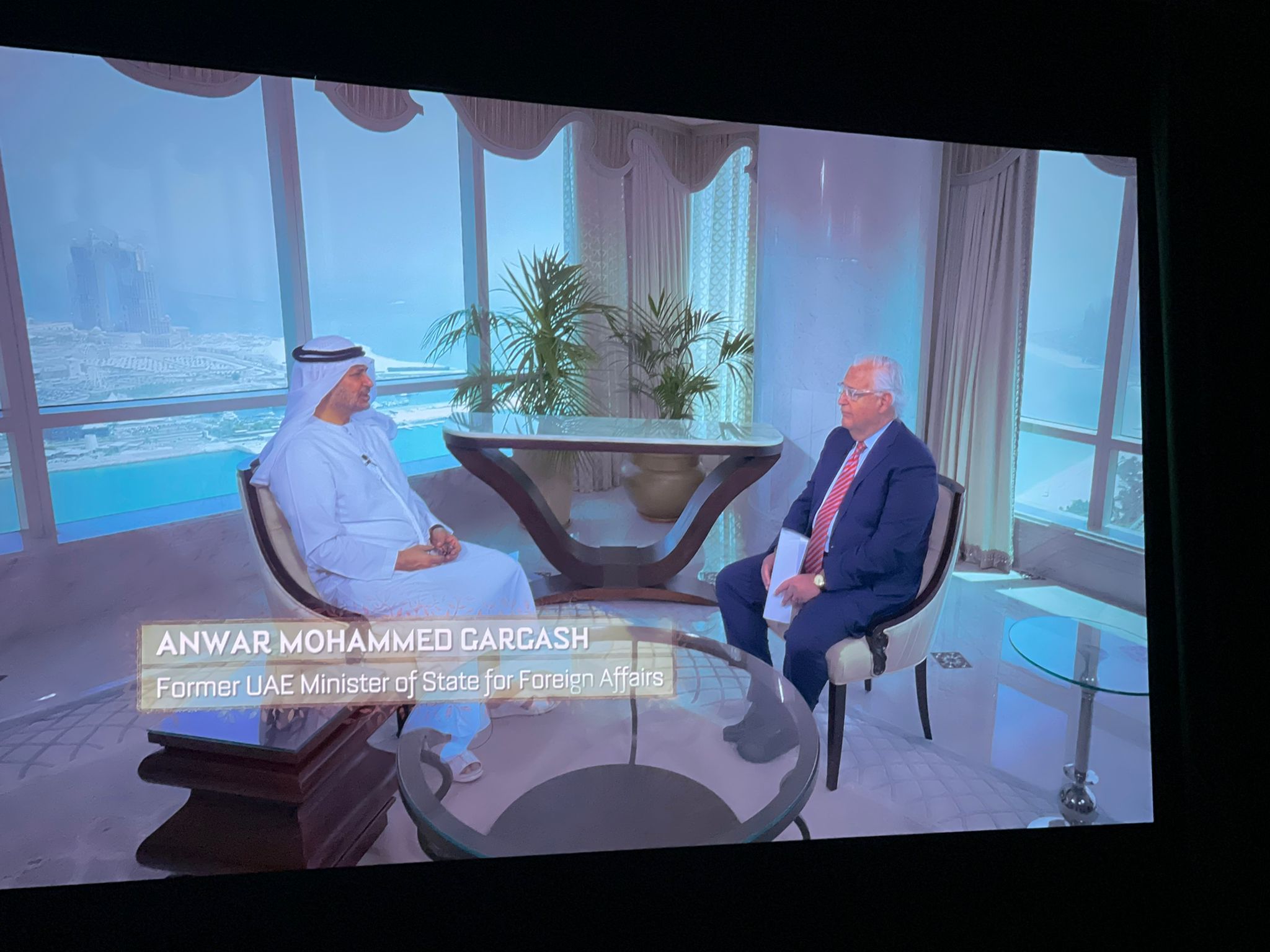 What I think people don't understand – and would benefit from understanding – is how all this began very much at the beginning of the Trump administration.

So, the film – this four-part documentary – takes you from the initial seeds of the understanding we had in the administration back in 2017. And it flows all the way through to 2020 and shows how we got to four peace and normalization agreements when many people thought it wasn’t possible.

ROSENBERG: In my book, "Enemies and Allies: An Unforgettable Journey inside the Fast-Moving & Immensely Turbulent Modern Middle East," I call this “peace industry” – these are the so-called Middle East experts, the elites, those who control the convention wisdom. They are absolutely certain that they, and they alone, know how to make peace, and yet they rarely get it done. And to them, it’s a truism that the U.S. cannot hug Israel – cannot be too close to Israel – otherwise you'll offend everybody else in the region and never be able to make peace.

FRIEDMAN: Exactly. And we thought that the conventional wisdom – the received wisdom, you know, the policy that we inherited [from the Obama-Biden administration] was completely wrong. So, for four years we were getting closer and closer to Israel, and standing stronger with Israel, and all the predictions were, “Well, you're going to just upset the Middle East.” 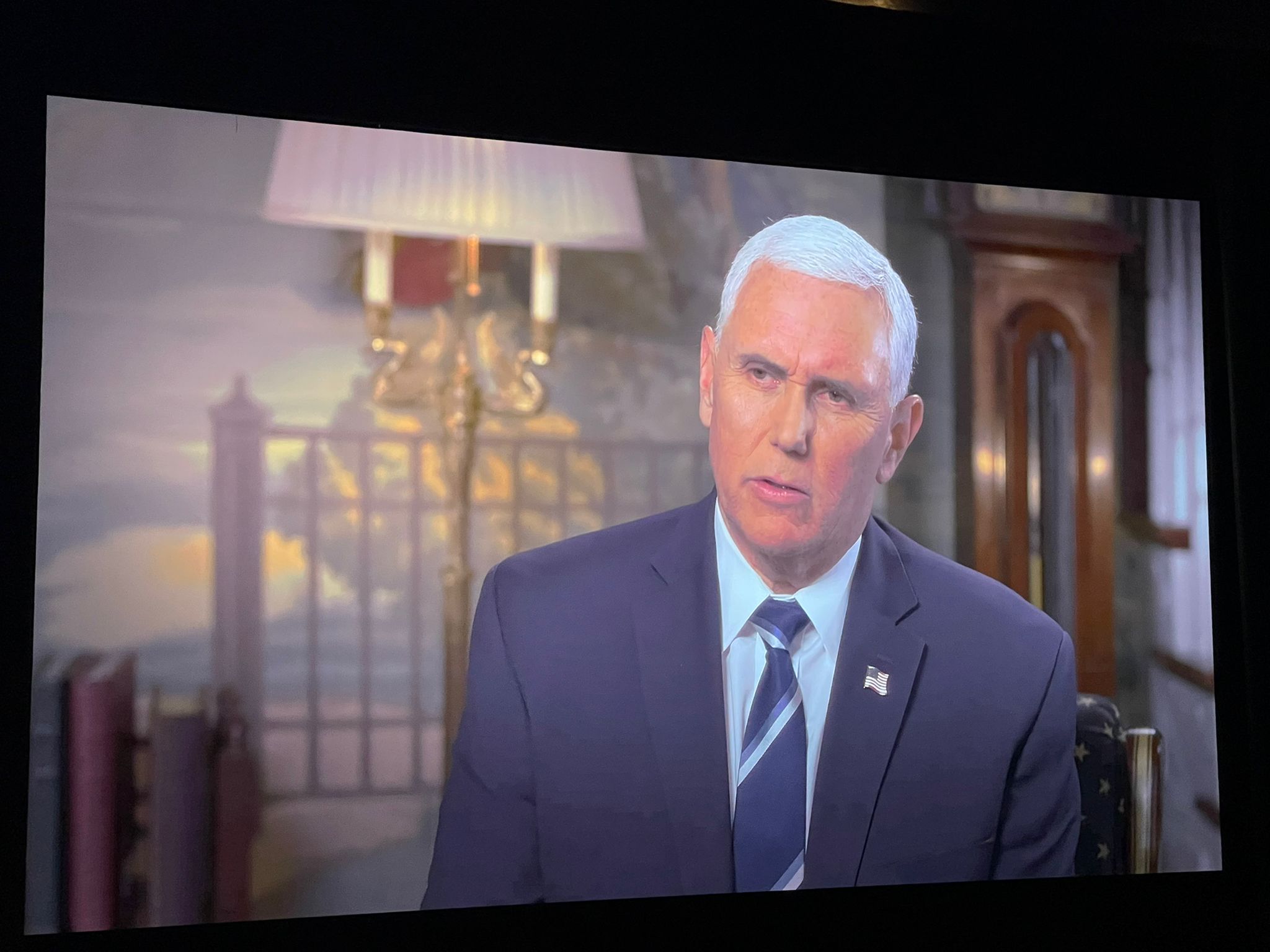 ROSENBERG: And all your peace efforts were to be “dead on arrival,” right? That was the mantra of your critics.

FRIEDMAN: Yes, but we knew we were on a path that had a lot of promise. And it took four years, almost four years, for the entire story to come out. But I think [the completion of the Abraham Accords] vindicated our views.

ROSENBERG: Well, I'm looking forward to the next three installments of the film and, of course, your book in February. Thank you, ambassador. It’s great to see you.

FRIEDMAN: I appreciate it.