JERUSALEM – Few Americans, Europeans or others outside of Israel realize just how rapidly the threat of war between Israel, Iran and Hezbollah is rising.

But rising it is.

To be sure, no one in Jerusalem wants to take preemptive military action to neutralize Iranian nuclear sites unless it becomes absolutely necessary.

Israeli political, military and intelligence leaders know all too well that the terror masters in Tehran will retaliate by ordering Hezbollah – Iran’s terror proxy force in Lebanon – to fire all or part of their arsenal of 150,000 or so missiles against Israeli civilian targets.

Such a massive missile barrage would likely overwhelm even Israel’s state-of-the-art missile and rocket defense system.

The number of Israeli casualties could be horrific.

So, too, would be the damage to Israeli homes, hospitals, businesses, factories and other infrastructure – and to the country’s export-driven economy.

That said, with Iranian leaders aggressively enriching uranium closer and closer to bomb-making purity – and the Biden administration talking openly about relaxing sanctions on Iran and reentering the highly-flawed nuclear deal that the Trump administration withdrew from – there is a growing sense in Jerusalem that war may be coming.

That’s why, despite the coronavirus raging across Europe, Israeli President Reuven Rivlin went to Germany, Austria and France this week.

That’s why he took IDF Chief of Staff Aviv Kochavi with him. 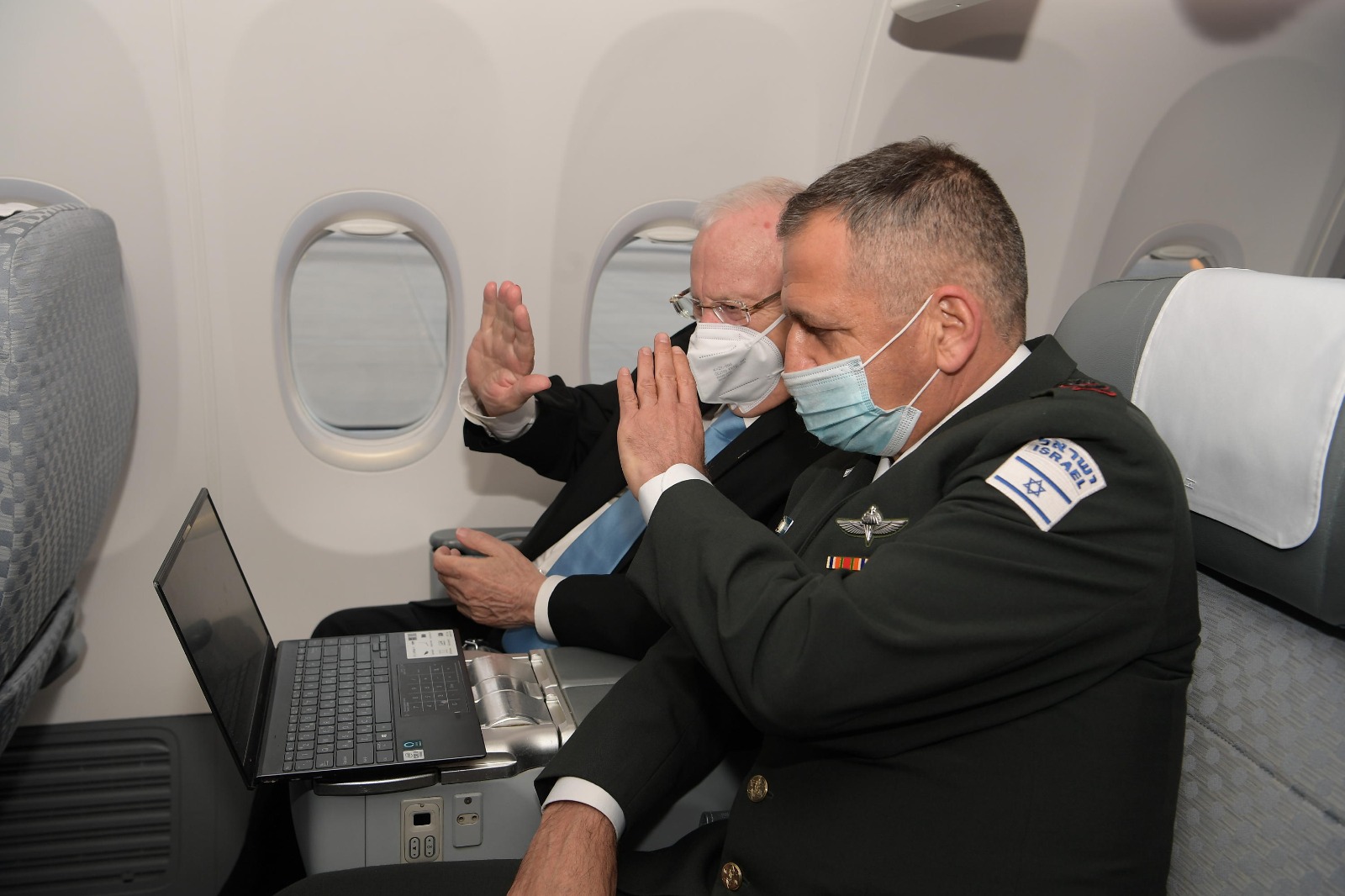 Lavrov, after all, just welcomed a delegation of high-level Hezbollah operatives.

All three Israeli leaders made these emergency trips to brief European and Russian officials on the growing threat of war.

They also sought to enlist the urgent and active assistance of NATO and Russia to pressure Iran to give up its nuclear ambitions and to restrain Hezbollah from doing anything foolish in the Lebanon theater.

What makes these trips especially noteworthy is the fact that Prime Minister Benjamin Netanyahu has in recent months canceled his own plans to travel to the United Arab Emirates four separate times.

Think of that: The dangers of the coronavirus prevented Netanyahu from discussing peace with Israel’s most recent Arab peace partners. By sharp contrast, however, the growing dangers of war with Iran and Hezbollah threats compelled Rivlin, Kochavi and Ashkenazi to deploy four European capitals.

That tells us something important.

Now he wants to address a Joint Session of Congress in Washington.

Sources in Rivlin’s office tell ALL ISRAEL NEWS that Rivlin has been formally invited and expressed his desire to accept.

The timing of Rivlin’s speech – which would be his first to Congress, and perhaps one of his last major speeches before he leaves office this summer – is dependent on when Congress can meet all together given COVID-19 restrictions.

ADDRESSING THE THREAT FROM IRAN AND HEZBOLLAH

“The State of Israel reserves the right and the duty to protect its citizens from all threats – from Iran and from the terrorist organizations active in the region” such as Hezbollah, Rivlin said in Vienna during a working meeting with the Austrian president and chancellor.

“The international community must recognize the threat Iran poses and take an uncompromising position on its nuclear project and its support for terrorist organizations,” he added.

In all three countries, IDF Chief of Staff Kochavi briefed European leaders at the highest levels on “the failures of the current Iranian nuclear deal, which allows Iran to continue significantly increasing the number of centrifuges in the years ahead as well as the quantity and quality of enriched material,” an aide told reporters. “He also noted the absence of inspection on the field of nuclear weapons development.”

Kochavi “emphasized that everything must be done to prevent Iran from acquiring military nuclear capability” and that “any future agreement must include restrictions that have no end date.”

ADDRESSING THE THREAT FROM THE ICC

At the same time, Rivlin and Kochavi fiercely denounced the anti-Israel actions of the International Criminal Court (ICC) which is threatening to prosecute Israeli leaders and military officers for acting in self-defense against terrorist threats in the region.

They are not only worried that the ICC actions could penalize or even imprison Israeli leaders for past actions, but seriously complicate IDF actions in future wars – perhaps in the very near future – against enemies like Hezbollah in Lebanon.

“The decision of the [ICC] is morally and legally bankrupt,” Rivlin said in a meeting with French President Emmanuel Macron.

“In the arena of asymmetric armed conflict, states like Israel that are committed to international law are vulnerable to cynical terrorist organizations that hide militants and weapons in the heart of civilian areas,” Rivlin noted. “In such cases, we need international law to say not only what is not allowed, but also about what a state that wants to protects the lives of its civilians is allowed to do.”