Until a few days ago, most people around the world had never heard of Ukrainian President Volodymyr Zelenskyy.

If they had heard anything, it was that he had been an actor — even a comedian — before being elected to the highest office in his country and taking office on May 20, 2019.

For the last few months, Zelenskyy’s critics have been calling him a joke, unsophisticated and unprepared to stand up against President Vladimir Putin, the rising czar of Russia.

But no one is laughing anymore.

This grandson of Holocaust survivors is slowly but surely convincing more and more of his critics that he was born for this moment.

“Zelenskyy has made many really bad mistakes, and I’m sure will make many more, but today he’s showing himself worthy of the nation he’s leading,” Olga Rudenko, chief editor of the Kyiv Independent news website, wrote on Twitter on Friday.

“I was very critical to President Zelenskyy all these years — maybe I will be very critical once again,” tweeted Sergej Sumlenny, a geopolitical analyst based in Berlin. “Now I need to say: he is doing great job, I am totally impressed by his actions and hope he will be able to win this war. Thank you, Mr. President.”

“The enemy has marked me as target number one, my family as target number two,” Zelenskyy said of Putin and his Kremlin cronies on Friday. “They want to destroy Ukraine politically by destroying the head of the state.”

Indeed, Russian tanks launched a blitzkrieg into Kyiv Friday night and many — including senior officials in the White House — feared the Ukrainian capital would fall and Zelenskyy would be captured or killed.

Biden even called the Ukrainian leader and offered to evacuate him out of the country to safety.

But Zelenskyy refused to leave.

“The fight is here — I need ammunition, not a ride,” he replied as he visited with troops, tweeted updates to the world, and worked the phones to solicit more support from Washington and the rest of NATO. 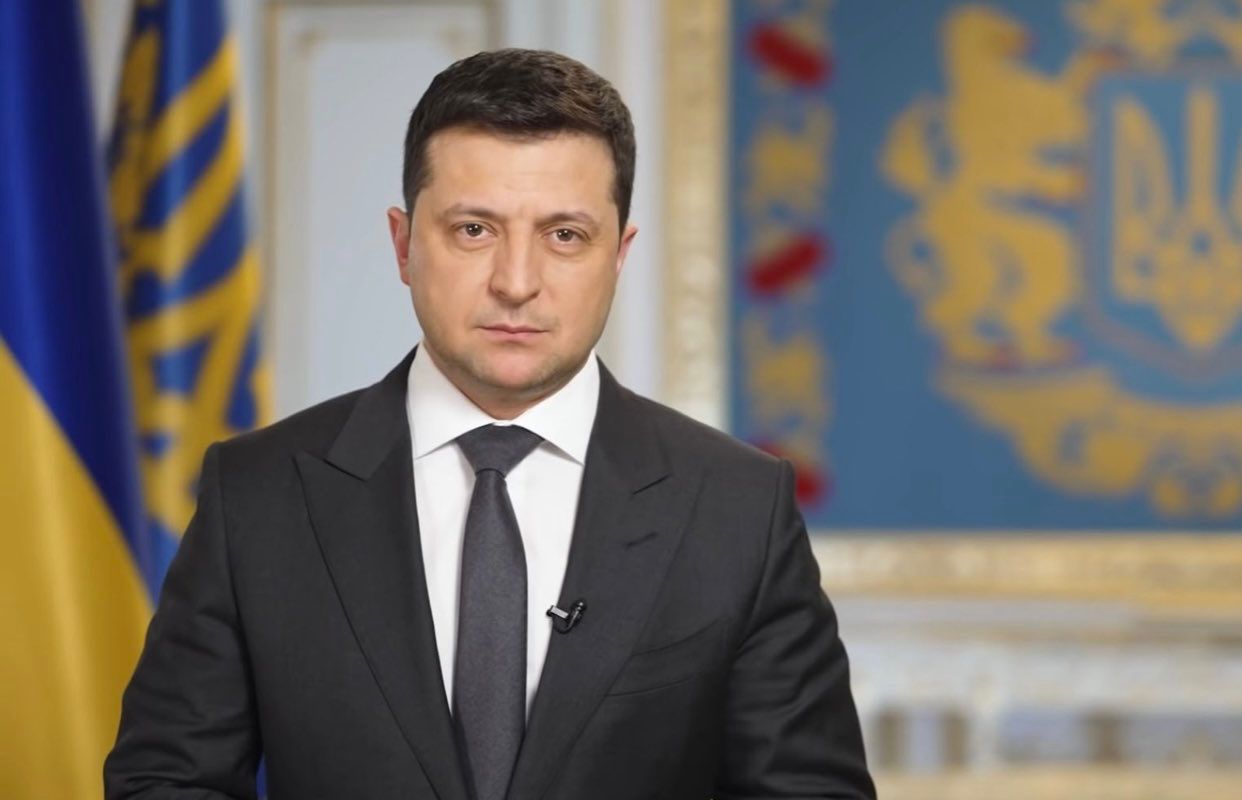 In this context, I just got off the phone with a 26-year veteran of Ukrainian diplomacy based in Kyiv to get the latest developments on the ground and an assessment of how Ukrainians feel about their president.

Ambassador Olexander Scherba, who stepped down as Ukraine’s representative to Austria last summer, said he went to bed Friday night fearing his country and capital would be completely overrun by Russian forces.

But he woke early Saturday morning to growing evidence that Russian forces have been consistently repelled from Kyiv.

He thinks the tide of the war may be turning.

“Ukraine made it through the night without losing a single city,” he texted a few hours before our call. “Russians are demoralized. They keep sending their saboteurs, armored vehicles and cruise missiles — they destroy our infrastructure, but can’t destroy our spirit.”

“This morning I’m more optimistic than at any point in the last couple of weeks,” he wrote. “We give them hell.”

Describing himself over the phone as a devout Orthodox Christian whose mother is an Evangelical Christian, Scherba told me the situation is nothing short of a “miracle.”

He even said Ukrainians believe they are having an “Israeli moment” where David is posed to defeat the Russian “Goliath.” 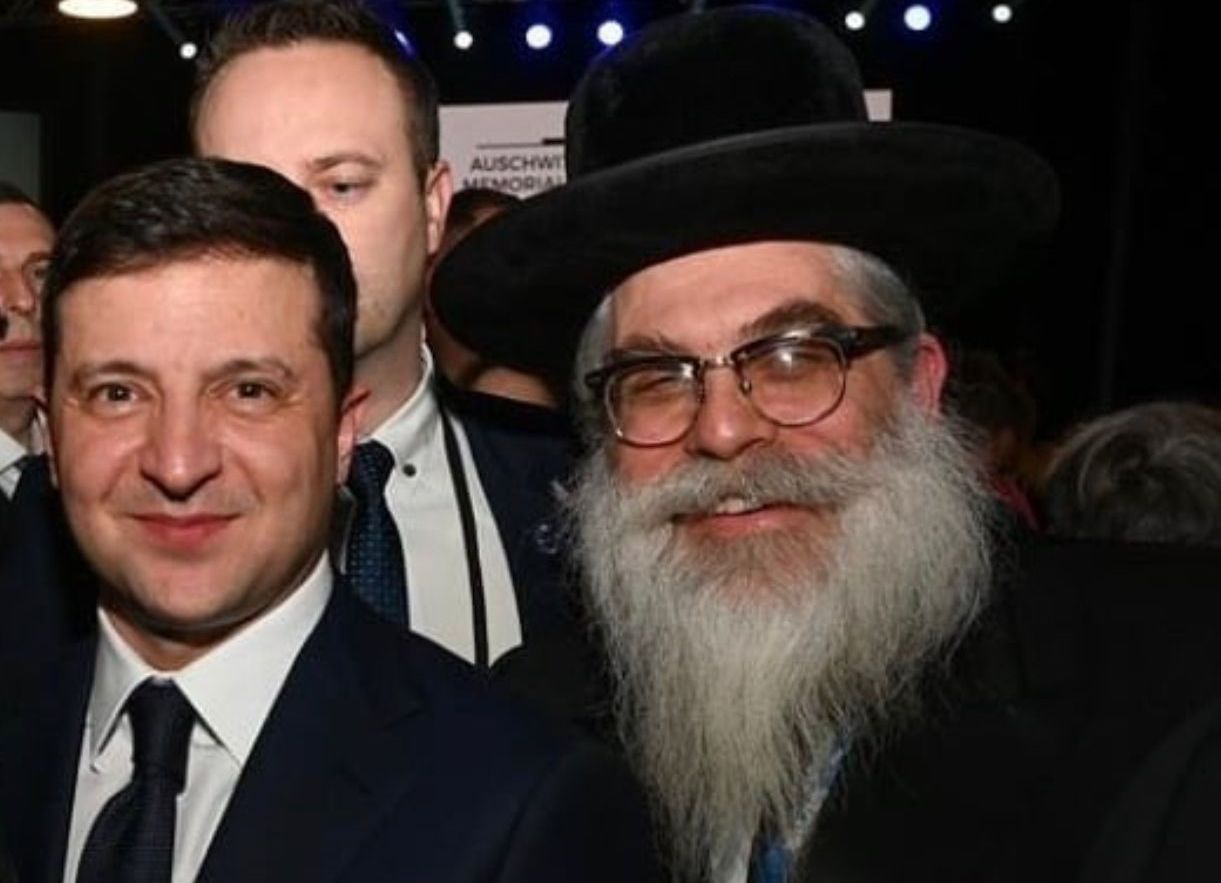 Could Scherba be right?

Could Zelenskyy and the Ukrainian people actually win this thing?

It seems crazy — unless God actually does defend Ukraine against all odds.

The ambassador asked Christians all over the world to keep praying for Ukraine to be strong.

He also asked Christians to pray that Ukraine’s allies throughout Europe, Washington, and Israel would have the courage to stand up against the “evil” forces of Russian President Vladimir Putin.

The following is a transcript of part of our conversation, lightly edited for clarity.

ROSENBERG: Ambassador, thanks for speaking with ALL ISRAEL NEWS. Let’s start with some basics. Are you still in Kyiv?

SCHERBA: Well, it was a very tense night. Once again in Kyiv, they have been fighting. They have been shelling. There have been explosions.

So, Kyiv is absolutely under control of the Ukrainian government, just as every other big and small city on the territory of Ukraine, except for I think two smaller cities — one is close to Donbas, and the other one is close to occupied Crimea.

SCHERBA: Actually, military experts with whom I talked said you wouldn't hold 72 hours against Russia now in 72 hours.

ROSENBERG: Wow. Yes, absolutely. And so what is the next? Why are you holding up against Russian forces? What is Ukraine doing right?

SCHERBA: First of all, it's the first moment in my experience where the whole of Ukraine is united. Russian-speaking, Ukrainian-speaking, east-west-south. Those who were just a week ago pro-Russia, those who hated each other just a week ago, now they are absolutely united and everybody is doing his or her best to stop the enemy.

This is an Israel moment in our own Ukrainian history. People keep talking about Israel. You guys in Israel were our inspiration.

ROSENBERG: Really? That's interesting. Do you do you feel that you have the ability to push Putin completely out of the country?

SCHERBA: Well, we managed to do a very, very strategic game. We did not let Putin occupy any airports in Ukraine. So, the whole airlift [that Putin was planning] to bring oil and gas and machinery and new personnel, it is actually paralyzed right now. There are literally Russian tanks standing in the middle of nowhere because they ran out of the gas. There is a video on online where a Ukrainian car drives by and asks the soldiers, “Hey, guys, what's wrong? Why have you stopped?”

And the solders sat, “We are out of gas.”

Then the guy the Ukrainian says, “Well, I can give you a lift back to Russia.”

Really, it's just amazing how this Goliath that the whole world was scared of [is being pushed back]. It's a sandwich with nothing. A nothing sandwich, you know?

ROSENBERG: What is the West doing right at the moment? And what should the United States and the rest of NATO be doing?

SCHERBA: Well, the West is growing guts when dealing with Putin. That's huge.

The West is growing conscience.

The intel that we get supplied from our American friends, it's huge.

What would be what will be a [game changer] in this war? It's if NATO would dare impose No-Fly Zone over Ukraine. But, as I understand, it is not coming.

Anyways, we are moving in the right direction.

And it's a huge positive signal for Ukraine that just the other day it was seen as impossible [for the West to decide on] banning Russia from SWIFT [financial transaction system], excluding Russia from the world financial system.

But suddenly we are at the point of excluding the whole of Russia from the global financial system. So, it's amazing. 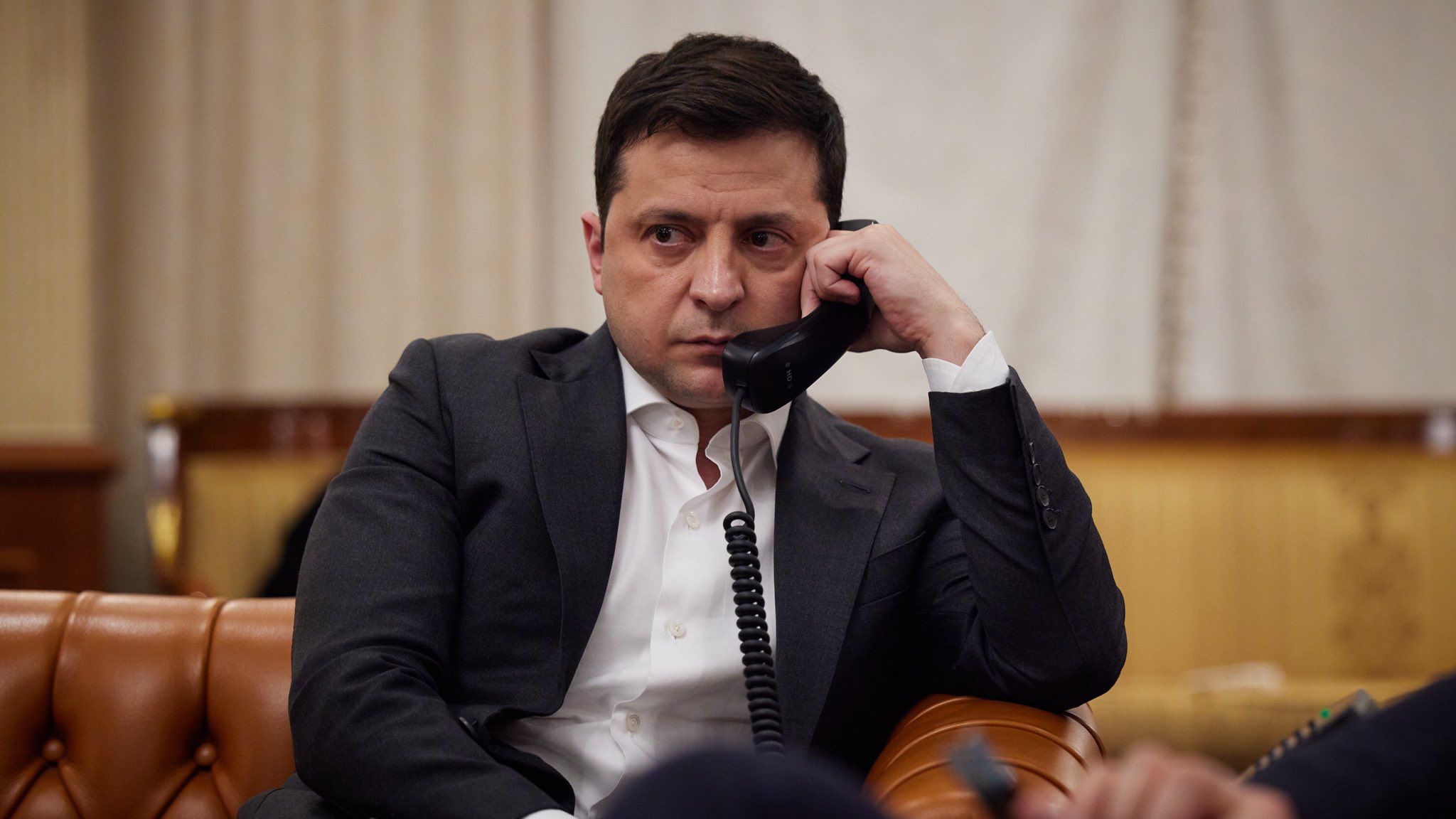 ROSENBERG: What is it that you need from Washington right now, and from the Biden administration?

SCHERBA: I can answer with the words of our wonderful ambassador in Washington, Oksana Markarova. She said: “We need everything.”

So, if there is a way to supply to do some kind of like, you know, Berlin airlift — like in the Cold War — it would be very important. But I am sure that my former colleague in Washington, Oksana Markarova, is in very close negotiations and talks about this with our American friends.

ROSENBERG: Are the airports open? I've been reading that NATO isn’t bringing airlift supplies for concern of being shot down by Russian air defense systems.

SCHERBA: Of course, it's scary. It's dangerous. But, you know, sometimes you have to face danger if your friend is under attack, right?

ROSENBERG: But it sounds like you feel like the balance of momentum has shifted in Ukraine's favor.

SCHERBA: It feels like during this night the scale has tipped.

Last last night I was going to bed to sleep for two hours with the feeling, with asking myself, “Will I still have the capital city of Kyiv in the morning? Will I still have my country? Because these Russian tanks are heading our direction.”

And I woke up about midnight and I started reading the latest updates and it was amazing. Especially amazing for me is watching the videos of interrogations of Russian captives, prisoners of war. There are more than 200 by now, and they seem like young kids, in their early 20s, who have no real, you know, zest for fighting, who have no real clue why they should be fighting, who don't seem like military people at all. And it breaks my heart….

ROSENBERG: Tell me about your president, President Zelenskyy. Most Americans, most Israelis, most people in the world don't know him. And if they know anything, they know that he was a comedian. They might know that he's Jewish. But help us understand who he is and and how you think he's doing.

SCHERBA: Well, many people across the world were seeing him as a kind of accidental president. He has a very unusual life story, political story.

Ukraine was split about him. Some people liked him. Some people didn't. His popularity was — well, I wouldn't say, plunging — but it was decreasing. And now, in the words of Vladislav Davidson, a Ukrainian-American journalist, he wrote, “Zelenskyy is a hero. Who knew?”

Because this guy refused to be evacuated. This guy found the right words and the right attitude. Speaking to the nation, this guy united Ukrainians and gave them the feeling that when they face the enemy they will be fully backed by their government.

So, our president is doing great. 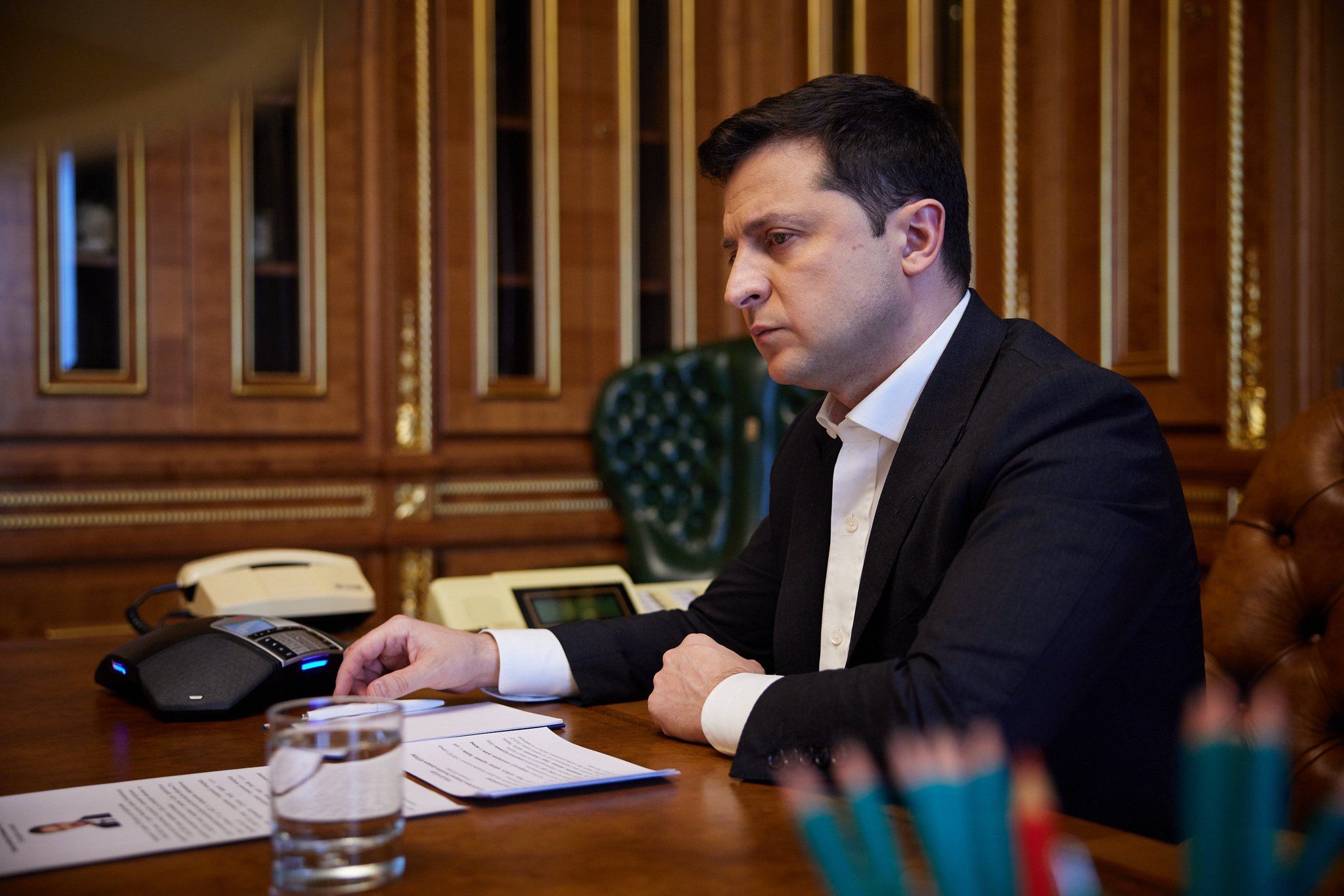 ROSENBERG: We hear reports that the United States offered to to evacuate him out of the country.

I just sent to a friend of mine in the presidential administration, a text saying there will be very soon a blockbuster movie somewhere in the United States, where the biggest actors will be competing to play the role of Zelenskyy in this kind of epic story…..

ROSENBERG: Last question. I don't know if you are religious at all yourself. But I'm an evangelical Christian. I'm also Jewish on my father’s side. I'm also an Israeli. So, I'm asking how can Christians be praying for you all? What should I be telling Christians around the world to pray for Ukraine? What would you say?

SCHERBA: I am also a faithful Christian. I was baptized as Orthodox. My mom is Evangelical, at least this is what I take from her watching every day American Evangelicals on TV.

So, how to pray for Ukraine?

Please pray for the strength of our spirit.

And pray for the strength of the spirit of those who help Ukraine.

Because in the last couple of decades, the buzzword [throughout Europe] was pragmatism — and pragmatism meant, in most cases, at least when it was about Ukrainian, just being indifferent.

And, please God, stand by Ukraine's side because the line between good and evil was never in our recent past as clear as it is now.

One nation is defending itself, and another one attacks for no reason.