Some 700 Christians joined a Solidarity Rally with Israelis who live under constant rocket threat along the Gaza border in southern Israel.

The event on Sunday capped off the week-long Feast of Tabernacles celebration, sponsored by the International Christian Embassy Jerusalem (ICEJ).

Ofir Libstein, mayor of the Sha’ar HaNegev Regional Council, welcomed the Christian visitors and thanked them for their support.

“This is an amazing and wonderful place to live 95% of the time,” Libstein said during the rally, held in the courtyard of Sha’ar HaNegev high school on the Sapir College campus. 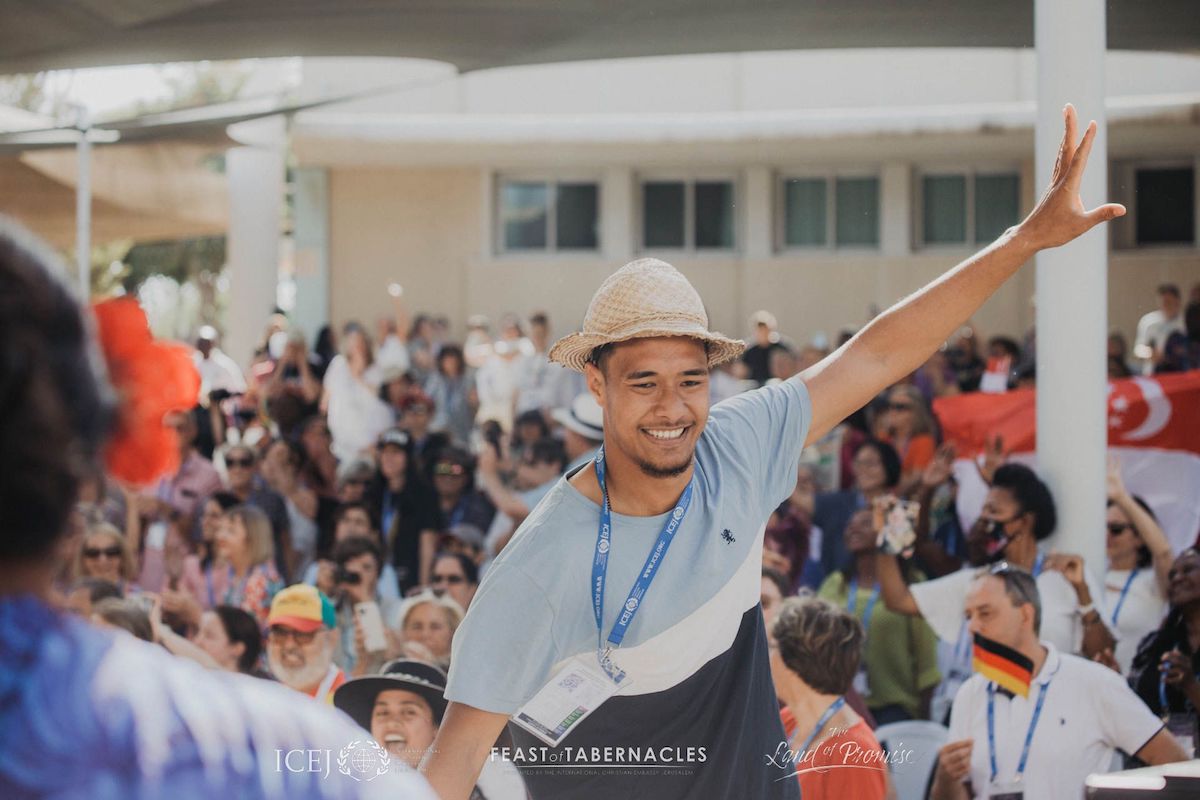 The event highlighted the ICEJ’s numerous projects and assistance in Israeli towns and villages throughout the Gaza envelope, including a recent donation of 140 portable bomb shelters and two dozen fire-fighting vehicles to help southern Israeli communities deal with the constant threat of rockets and arson balloons from the Hamas-led terrorist organization in Gaza.

The ICEJ also affirmed its commitment to the security and re-greening of the region, by partnering with Keren Kayemet LeYisrael-Jewish National Fund (KKL-JNF). ICEJ Vice President and spokesperson David Parsons presented the non-profit organization with a check for 230,000 NIS ($65,000) to plant protective hedges and re-forest burned areas in the Gaza periphery.

During the ceremony, ICEJ President Jürgen Bühler said the Sha’ar HaNegev region is an example to the whole world of how to deal with crises.

“The way the local population has doubled in the past decade, despite the threats, points to the extraordinary perseverance and crisis management of the local communities here,” he said. “We find this same positive spirit all over Israel, but we especially wanted to bring our Christian pilgrims here, not only to show solidarity with these vulnerable towns and villages, but also to be encouraged that they too can overcome the many crises facing their parts of the world.”

“In many ways, our partners at KKL-JNF have been exhibiting this spirit of hope and renewal for decades, as they have helped turn Israel from a barren desert into a green, flourishing land,” Bühler added. “So, this rally also marked a reaffirmation of our teamwork with KKL to re-green this area after years of arson balloons from Gaza and to bolster the region’s security measures with tree lines that act as visual barriers from the terror threat of Hamas rocket squads.”

KKL-JNF heads Ronnie Vinnikov and Elisha Mizrahi were also among the speakers, while several Christian music and dance teams from Fiji, Germany and the Philippines performed for the mixed Jewish-Christian audience.

As the rally ended, the ICEJ delegates also released 1,000 blue and white helium balloons, each representing prayers for peace in the Gaza border region. 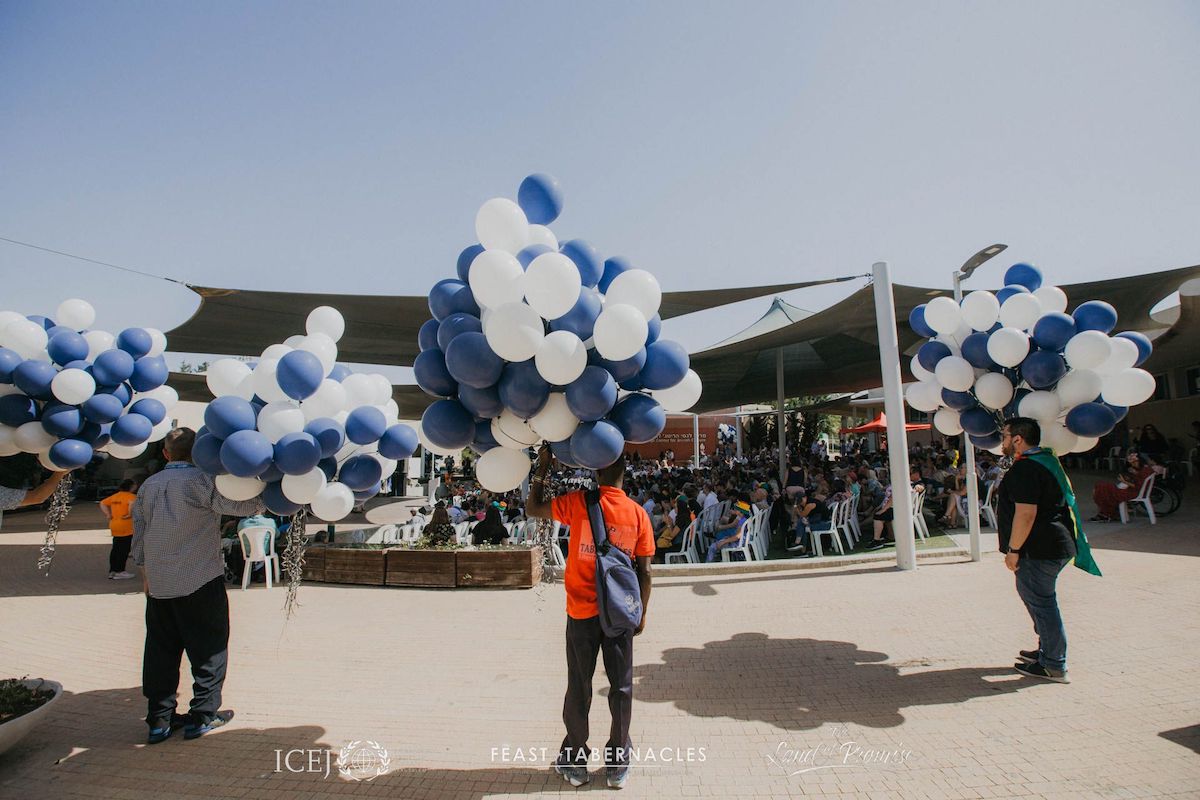 Earlier on Sunday morning, a special VIP tour group of Feast delegates visited Kibbutz Kissufim to plant a protective hedge intended to prevent Gaza militias from having a direct line-of-sight into the roads and villages near the border. Later in the afternoon, they toured the opening section of the 5-kilometer (3.1-mile) terror tunnel out of Gaza towards Kibbutz Nirim, recently discovered by Israel Defense Forces.

The IDF built a steel-and-concrete underground barrier which it said, “is an important component in maintaining security in the region,” confirming that the newly dug tunnels no longer pose a threat to the Israeli cities and communities in the area near the Gaza Strip.