Thousands of Israelis police officers, border guards and military commandos have been deployed to secure the peace.

But an American congressman, who is a leading expert on U.S.-Israeli relations and how to combat Palestinian terrorism, warns that may not be enough.

He says the Palestinian Authority (PA) financially rewards those who commit terrorist acts against Israelis, and that the Biden administration is turning a blind eye to this policy.

Unless these two things change, he says, we’re going to see more terror ahead.

Rep. Doug Lamborn is a Republican and a devout Evangelical Christian who represents Colorado Springs, a heavily Evangelical community in central Colorado, south of Denver.

A leading expert on U.S.-Israeli relations and on how to stop Palestinian terrorism, he serves on the House Armed Services Committee and is a member of the Israel Allies Caucus in Congress.

He is also the author of the Taylor Force Act.

Signed into law in 2018, the act requires the U.S. government to deduct from any funding of the PA the amount of money that it pays to prisoners who have committed terrorist attacks against Israelis or to their families.

Given that the PA budgets upwards of $200 million towards such payments, this is a significant incentive for Palestinians to attack Israelis.

Lamborn denounces what he calls PA President Mahmoud Abbas’ “pay-to-slay” policy as “so sick” and “so wrong.”

But in an exclusive interview with ALL ISRAEL NEWS at the King David Hotel in Jerusalem, Lamborn told me that the Biden administration is ignoring the law and trying to increase funding to the PA.

“The senseless killings of eleven innocent people in Israel by armed militants is a tragedy,” Lamborn told me. “The terrorists rampaging through Israel have been indiscriminate in their attacks.”

“As long as the Palestinian Authority incentives murder, murder will continue,” he warned. “The Taylor Force Act is intended to stop the PA from rewarding terrorists with monetary rewards for their killing.”

“Unfortunately, the Biden administration has been backtracking,” he added.

“We have to hold their feet to the fire….Right now, I don't think they are inclined to follow the law. They think that it's a better policy to fund the PA again, and why escapes me. But they want to start sending money to the Palestinian Authority.” 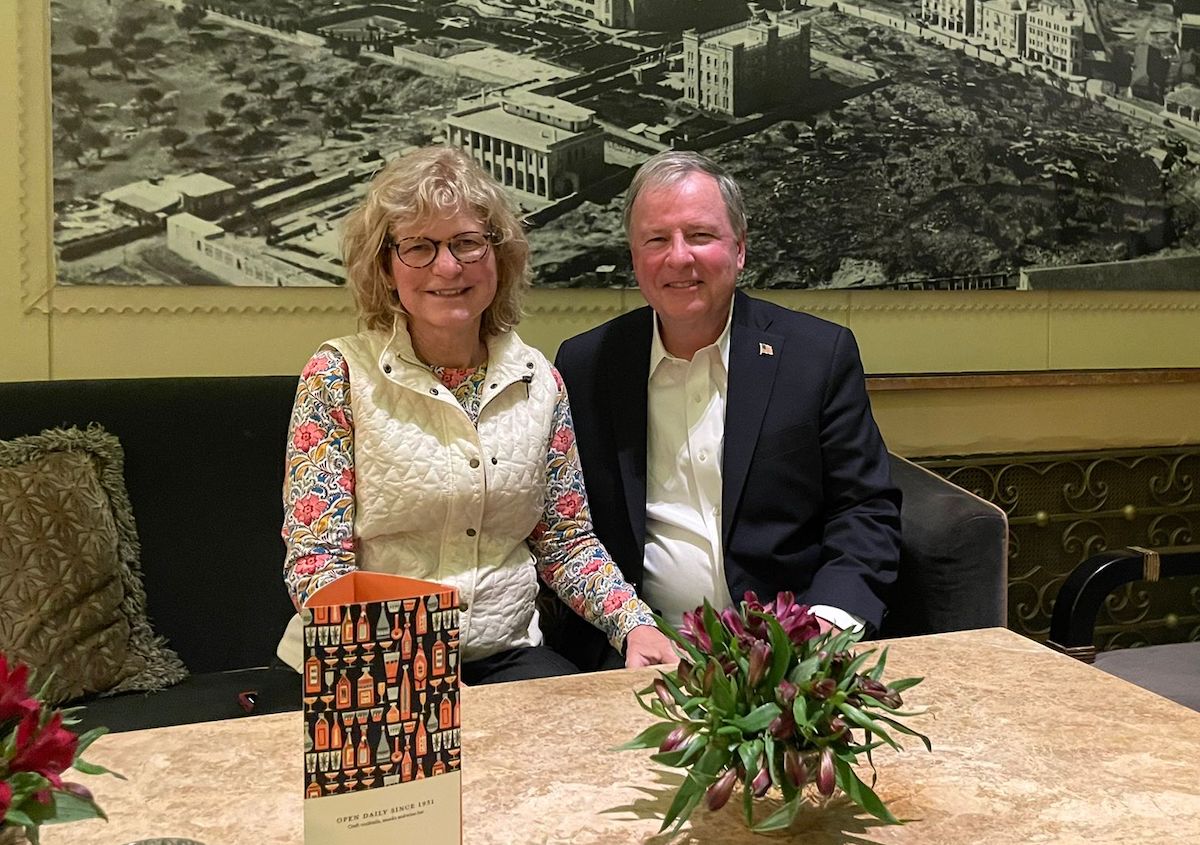 Here is a transcript of part one of our interview, lightly edited for clarity.

ROSENBERG: I'm honored to be having dinner with Congressman Doug Lamborn of the House Armed Services Committee, the ranking member on the Strategic Forces Subcommittee. Congressman, welcome back. We've known each other for a long time. I'm so happy that you and your wife are back here in Israel. It's been, I think, four or five years since you've been here, right?

REP. DOUG LAMBORN: That's right, Joel. And by the way, I've been watching your career with great interest, as you gain more and more influence in the world and in the Evangelical community with your books and your commentary and now your great news channel.

ROSENBERG: Thank you very much, congressman. I'm so honored to interview you for ALL ISRAEL NEWS. So, tell us about why you came, and why now?

LAMBORN: I came with a group of other legislators and parliamentarians from around the world, from at least 20 countries. We are all pro-Israel, and we are all working within our various countries as a parliamentarian, as a legislator, to introduce legislation or funding priorities or things like that, to help our countries have a stronger and deeper relationship with Israel.

ROSENBERG: One of those bills that you introduced years ago was the “Taylor Force Act.” Tell our readers why that was so important and why it remains so important.

LAMBORN: An example of what we did in the U.S. Congress – and I was honored to be the lead on this project – was introducing the “Taylor Force Act.” It was named for a young man who was a U.S. Army veteran. After the Army, he was going to business school at Vanderbilt University. He was in Israel studying abroad when he was killed in a random terrorist attack. He's not Israeli. He's not Jewish. But he was murdered in a horrific terrorist stabbing. The perpetrator was killed soon thereafter in the aftermath.

What outraged me is that the PA sends money to the surviving family of a terrorist who has been killed in the process of killing Israelis. Or, if the perpetrator is alive and in jail, they'll send the money to him directly as a reward for having committed a terrorist act. And in some cases, you get more money if you kill more Jews.

It's just sick. It's so wrong.

So, my colleagues and I decided that U.S. taxpayer dollars should not go to an entity like the PA that does this kind of thing – rewarding of terrorism and murder and destruction and death. So, what this law says is that the U.S. will stop sending money to the Palestinian Authority as long as they have this policy.

So, I was honored to be part of writing and passing that bill.

And President Trump signed that into law.

ROSENBERG: What year was that?

LAMBORN: That's exactly right, Joel. And they are defiant. They are brazen in their disregard of this law and they spend a good chunk of their annual budget on these type of payments. You would think they should be building hospitals and schools and rebuilding infrastructure, things like that, building for the future. But no, they're paying terrorists.

ROSENBERG: The bill was bipartisan. Both Democrats and Republicans backed it. You had a very widespread support, as I recall, in both parties, right?

LAMBORN: Yes, it was a good bipartisan effort. And I commend my colleagues on both sides of the aisle for supporting the bill. And then the Trump administration began defunding the Palestinian Authority, as directed by the law.

Unfortunately, the Biden administration has been backtracking. We have to hold their feet to the fire. But right now, I don't think they are inclined to follow the law. They think that it's a better policy to fund the P.A. again, and why escapes me. But they want to start sending money to the Palestinian Authority.

NOTE: Our interview took place on Thursday, March 24, 2022. When more violence took place in Israel in the days following, Lamborn texted me this quote: “The senseless killings of 11 innocent people in Israel by armed militants is a tragedy. The terrorists rampaging through Israel have been indiscriminate in their attacks. As long as the Palestinian Authority incentivizes murder, murder will continue. The Taylor Force Act is intended to stop the PA from rewarding terrorists with monetary rewards for their killing.”