“Beware that, when fighting monsters, you yourself do not become a monster.”

That quote by Friedrich Nietzsche has been goose-stepping around in my head ever since the Democrat-controlled Congress and Biden administration decided to flood money and weapons into Ukraine, knowing some will fall into the hands of neo-Nazis.

The most infamous of these is the Azov Battalion, a paramilitary hate group patterned on Hitler’s Brownshirts, now fighting as part of Ukraine’s National Guard. Their logo is the Wolfsangel of the 2nd SS Panzer Division, which resembles a swastika doing yoga. They’ve also adopted Thor’s hammer, Mjolnir, another white supremacist symbol.

A former chair of Azov’s allied Organization of Ukrainian Nationalists, Yaroslav Stetsko, stated, “I insist on the extermination of the Jews in Ukraine.” These men are dogs of war, the sort that bite the hand that feeds them. Do we really think that if Russian President Vladimir Putin is repulsed, they’ll lay down their arms and head to the Borscht Belt for a nosh?

Azov’s founder, Andriy Biletsky, described its goal as leading “the white races of the world in a final crusade for their survival.” Yet when asked if he’d make sure that none of his $500 million bill would reach them, Sen. Bob Menendez, New Jersey Democrat, told The Intercept, “That’s a level of detail I’m not sure [about].” In that piece, headlined, “Neo-Nazis Not Top of Mind for Senate Democrats Pushing Weapons for Ukraine,” Sen. Jeanne Shaheen, New Hampshire Democrat, was likewise indifferent.

The U.N. high commissioner for human rights has listed torture and imprisonment among Azov’s war crimes. In 2014, the U.K. Guardian quoted one member who said he’s fighting Russia not because he seeks liberty, but because he falsely thinks, “Putin’s a Jew.”

Andrey Dyachenko, an Azov spokesperson, told USA Today that “10% to 20% of the group’s members are Nazis.” In the same report, a drill sergeant boasted of being one, but shrugged that “no more than half his comrades are.” Hardly comforting. As David Pietrusza notes in “1932: The Rise of Hitler and FDR,” just a third of Germans voted Hitler into power.

Someone ask White House spokesperson Jen Psaki exactly how many Nazis a group has to have for this administration to decide “the enemy of my enemy is my friend” no longer applies. The question should be put to President [Joe] Biden. But you’re more likely to get an intelligible answer out of his predecessor, William Henry Harrison, who’s 250 years old and dead.

These people Mr. Biden is cutting checks to in Ukraine aren’t being labeled fascists the way the term is thrown around on Twitter. They are full-on, jackbooted, stiff-armed, “Heil Hitler,” cheering-at-Nuremberg Rallies Nazis — and they’re proud of it. By bankrolling them, we also play into Mr. Putin’s absurd claim that he attacked Ukraine to “denazify” it, despite the fact that President Volodymyr Zelenskyy is Jewish.

The so-called Leahy Law also prohibits “funds for assistance to units of foreign security forces where there is credible information implicating that unit in the commission of gross violations of human rights.” But now fighting is hot, and as Cicero observed, “In times of war, law falls silent.”

We’ve allowed the term “Nazi” to become a generic epithet, whitewashing the evils perpetrated by the Third Reich. Nazis abound from political candidates and the curt man selling soup near my Midtown Manhattan office, to cats with birthmarks under their noses.

But if everyone is a Nazi, nobody is. This moral relativism leads people to think maybe Azov isn’t that bad if it helps defeat Mr. Putin. So the White House has thrown them a lifeline, instead of giving them the swift kick in der arsch they deserve.

Mr. Biden’s strategy also risks repeating the mistake of backing resistance groups, like the Afghan mujahadeen, that turn on us afterward. If nobody in the White House wants to pick up a history book, they could at least watch Woody Allen’s “Bananas.”

Americans shouldn’t build up one monster in hopes of defeating another, and Mr. Biden should make clear — to combat the Kremlin’s denazification narrative if nothing else — that we don’t want our weapons going to fascists. It’s important to push back Mr. Putin, but as Martin Luther King said, “Hate cannot drive out hate. Only love can do that.”

And America should not be showing any love to Nazis.

This article was first published in The Washington Times and is reprinted with permission. 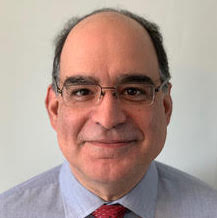 Dean Karayanis @HistoryDean is a producer for the Clay Travis & Buck Sexton Show, longtime Rush Limbaugh staffer, and host of the History Author Show on iHeartRadio.