Capping off several high-level visits with Israeli leaders over the past two days, U.S. House Speaker Nancy Pelosi and a delegation of Democratic congressmen and women met with Israeli Prime Minister Naftali Bennett on Thursday at his Jerusalem office.

Bennett “stressed the warm ties between Israel and the U.S. and the importance of bipartisan support for Israel.”

“Nancy, thank you for initiating this visit. I’ve heard wonderful feedback from everyone who has met you. I want to personally thank you for your ongoing support for Israel,” he said. “You’ve stood up for Israel.”

Bennett thanked Pelosi for her efforts to advance $1 billion in U.S. funding to restock Iron Dome interceptors and emphasized the importance of completing the process as soon as possible. 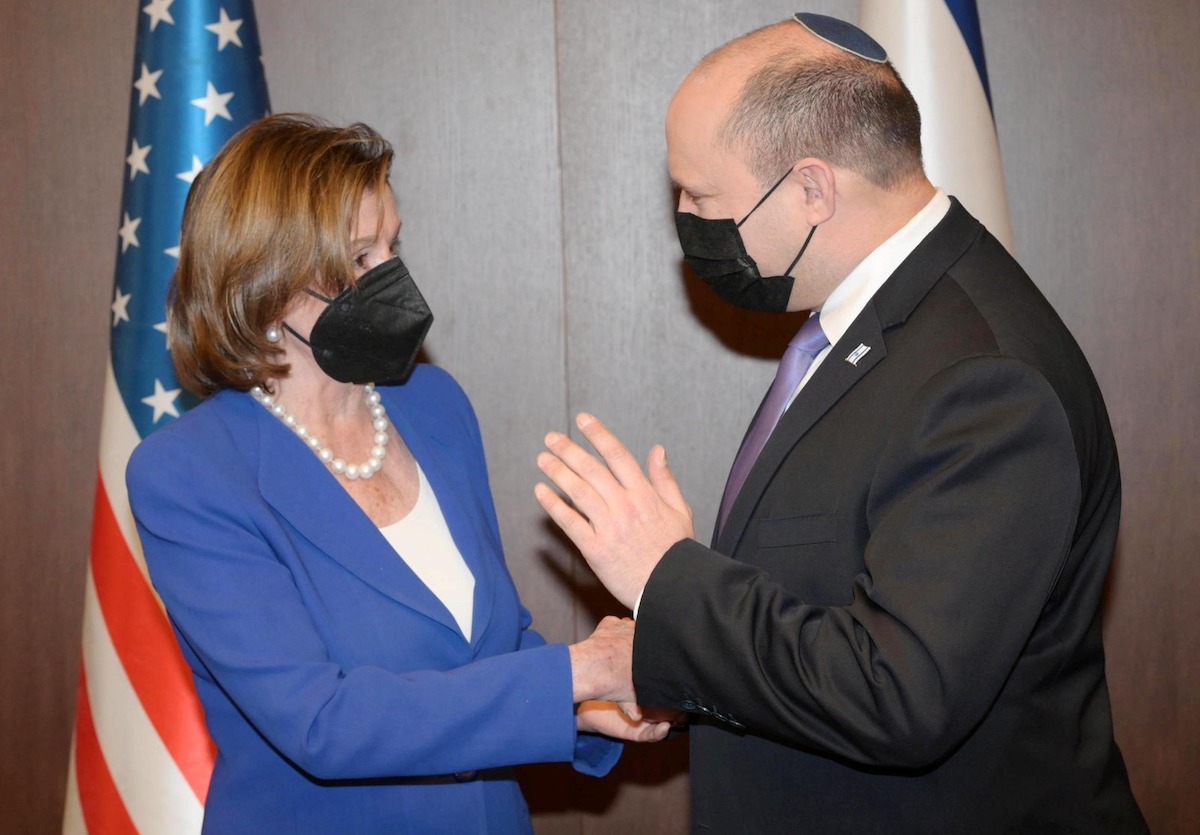 During their visit, several Israeli officials made it a point to thank the Democrats for joining bipartisan efforts to push through the bill to resupply the Iron Dome, which was depleted after the Gaza-Israel war in May of last year. The defensive weaponry system was responsible for shooting down a majority of the 4,300 rockets launched from Gaza at Israeli targets.

The delegation visited an Iron Dome battery on Wednesday.

Deputy Chief of the General Staff, Major-Gen. Herzi Halevi, briefed the delegation during their visit to the Palmachim Air Force Base where he gave an overview of the security challenges facing Israel, including Iran and its proxy groups, Hezbollah and Hamas which are based on Israel’s northern and southern borders respectively.

“The connection between the United States of America and the State of Israel runs deep and strong,” Halevi said. “This partnership is based on the shared values of our two nations and the strategic advantage gained through international cooperation. When we work together we can better promote stability both in the region and around the world.”

“On behalf of the Israel Defense Forces, thank you, Speaker Pelosi for your visit and for your ongoing support of the IDF and the State of Israel,” Halevi said.