Conservative podcaster and media personality Ben Shapiro spoke in Israel for the first time to a packed house of more than 2,500 attendees in Tel Aviv at the CAPC (Conservative Political Action Coalition) Israel on Wednesday night.

“It's an honor to be here at my inaugural speech in Israel, or as I like to call it, my bar mitzvah,” he joked referring to the tradition for Jews in the diaspora to celebrate their coming-of-age parties in the Holy Land.

For those that don’t know Shapiro, he is an Orthodox Jew that boldly espouses Judeo-Christian values, many of which are shared by Evangelical Christians. He is co-founder of the The Daily Wire and hosts the popular podcast, “The Ben Shapiro Show.”

Shapiro boldly mixes God and politics. He is not afraid to share his biblical views on abortion, transgenderism, gay marriage and other social moral issues that are shaping culture. He speaks boldly about absolute truth and has millions of followers in the United States, many of whom are Evangelical Christians.

Those on the political left who oppose the ideals of America are the same people who oppose Israel.

“It is no coincidence, by the way, that those who oppose American exceptionalism also oppose Israel – 71% of Republicans have a positive view of Israel, compared with 44% of Democrats and independents who lean Democrat,” he explained. “A majority of those under the age of 30 are heavily Democrat, some 56% have an unfavorable view of the State of Israel. That same group tends to fall heavily into the camp that believes American exceptionalism is evil. And that group is gaining ground extremely fast in the United States. So perhaps that's the last lesson that America can teach Israel: Do not let any of this crap happen here.”

After his speech, during the question-and-answer session, Israeli journalist Amit Segal asked Shapiro what he thought of former Israeli Ambassador to the U.S. Ron Dermer’s comments that Israel should place its political fortunes on Evangelicals more so than on Reform Jews.

While he did not address the similarities of Judeo-Christian values nor the bond between Evangelicals and Israel, Shapiro blasted the morals of the Reform Jewish community.

“It’s a very simple rubric for me. If, as a Jew, your values are more in line with same sex marriage, transgenderism and abortion than they are with, for example, the safety and security of the State of Israel, I have serious questions about how you think about yourself as a Jew.” 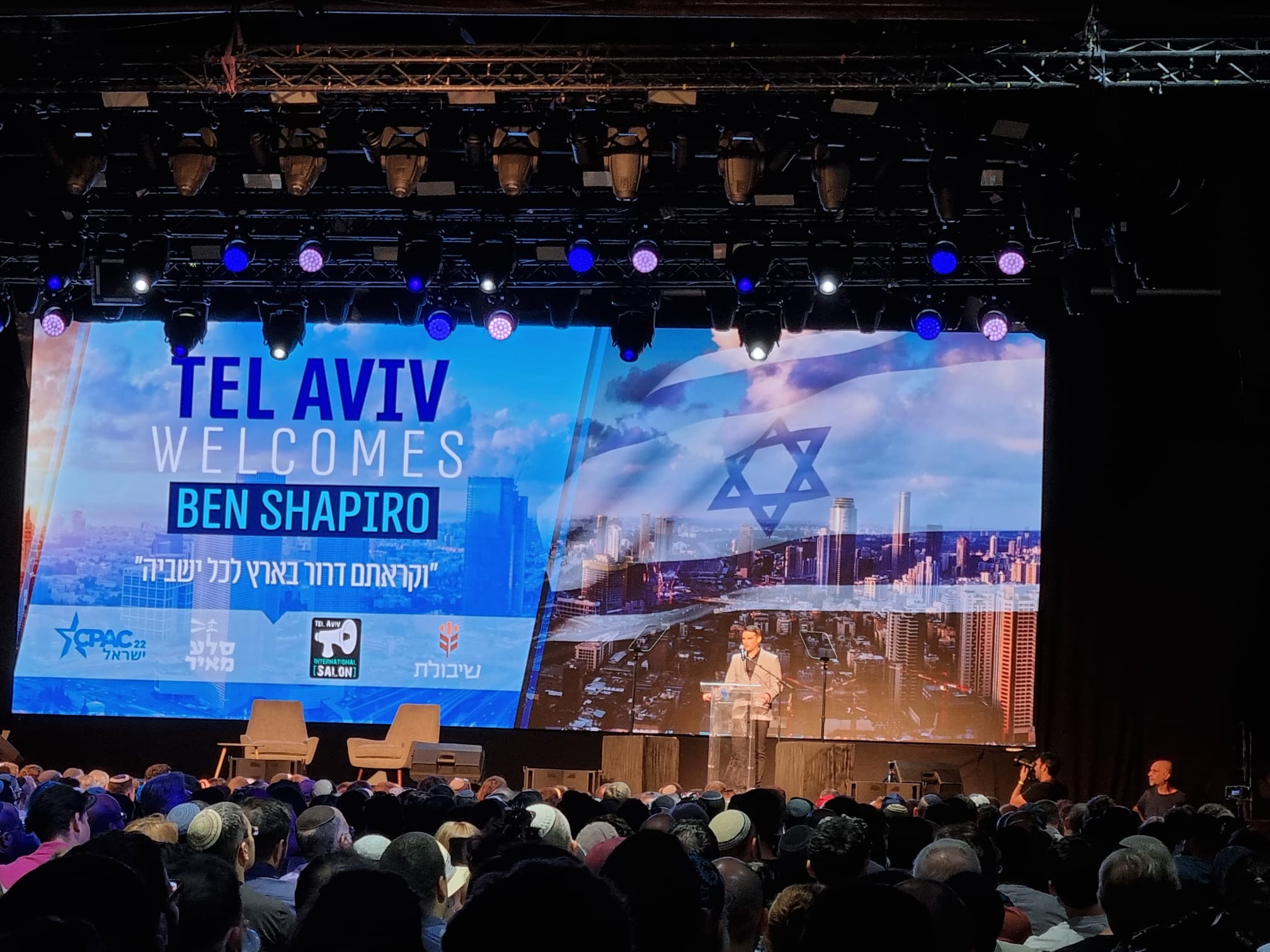 Near the end of the evening, Shapiro was asked if he would immigrate to Israel.

When asked about the Hebrew media and whether The Daily Wire can work in a narrower field of only approximately 8 million Hebrew readers worldwide, Shapiro said Israel could do with a stronger right-wing media.

“I do think that there is room for a significantly more robust right wing media presence in Israel for sure. I'm not giving any hints, but we’ll have to think about it over at The Daily Wire,” he said.

This was Shapiro’s first public appearance in Israel, but most likely will not be his last.