The fourth international Jewish media summit, organized by the Government Press Office in cooperation with the Ministry for Diaspora Affairs, was held online the year due to the ongoing pandemic.

Media leaders and opinion makers from 30 countries participated in the event, and discussed important current issues, such as the anti-Semitism fueled by the COVID-19 crisis and disseminated through social networks and the right of diaspora Jews to have a say in Israeli affairs. The summit also raised the timely issue of how the COVID-19 crisis undermines organized Jewish identity around the world and how the government of Israel can strengthen hundreds of threatened Jewish communities worldwide.

"The international Jewish Media Summit has become a main platform in which Jewish media leaders from Israel and the world deal with critical issues for the Jewish diaspora,” said GPO Director Nitzan Chen in his welcome to Jewish media personalities from around the world. “I have no doubt that this summit, especially during the coronavirus crisis, strengthens the bond between the State of Israel and its government and public opinion leaders among dozens of Jewish communities around the world, which desire close ties with decision-makers in Israel."

Chen summarized the current relationship between Israel and world Jewry in “three Cs”: Covid, community and connection. During the conference, several participants asked for formal and informal Jewish education assistance from the Israeli government and one area of particular focus was working with young Jews and students on education on college campuses worldwide. 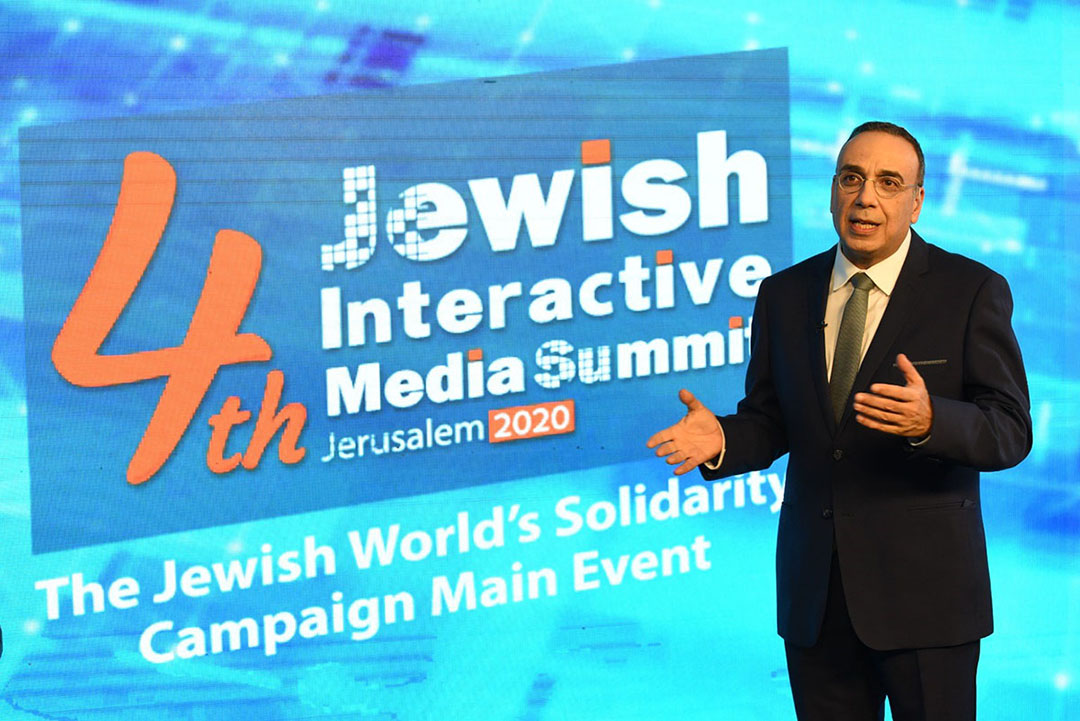 "The role of the Jewish media is so important, not only for helping us all stay connected to our communities, but for being the voice of the communities, especially when it comes to fighting anti-Israel hatred and BDS," said Rivlin, who has been active in fostering stronger ties between Israel and diaspora Jewry.

Netanyahu inserted a measure of hope in his address to the summit.

"2020 was a year of not only a dreadful plague. It was a year of good news of peace with three Arab countries," he said. "I expect the circle of peace to grow."

The summit also addressed the challenges to the complex relationship between Israel and U.S. Jewry, the largest and most influential diaspora community.

"Currently, Israel is willing to listen to American Jewry only when it comes to donations or lobbying for Israel in Washington, D.C.,“ Ruderman  said. “Most Jews in Israel do not understand American Jewry well enough, and we have lost our shared mission. If Israel really wants to function as the nation state of the entire Jewish people, this must change."

Approximately 80% of world Jewry currently resides in the U.S. and Israel.