AIPAC’s political action committee (PAC) has become the largest bipartisan, pro-Israel PAC in the United States nearly four months after its launch. The organization’s purpose is to raise and distribute campaign funds to political candidates who support the Jewish state and to help them defeat anti-Israel candidates.

AIPAC, the pro-Israel lobby in Washington, established the new committee in December 2021. This week, the organization announced it has delivered more than $6 million in contributions to 326 pro-Israel Democratic and Republican nominees so far. The full list of featured candidates  is available on the APAC PAC website.

“AIPAC PAC is supporting a wide range of diverse candidates exclusively based on their demonstrated record of voting, leadership and stated positions on the U.S.-Israel relationship,” the lobby said in a press release.

“We are committed to strengthening and supporting a significant bipartisan majority of congressional candidates who support the U.S.-Israel relationship. Our goal is to make America’s friendship with Israel so robust, so certain, so broadly based, and so dependable that even the deep divisions of American politics can never imperil that relationship and the ability of the Jewish state to defend itself,” the statement further read.

AIPAC noted that bipartisan U.S. support for Israel’s ability to defend itself by itself is urgent in today’s increasingly polarized environment.

One University of Maryland poll surveyed American’s position on the war in Ukraine. It asked respondents to name the two countries they believe are the most important allies of the United States. A large majority of both Republicans and Democrats chose the United Kingdom as their first and second top choices. 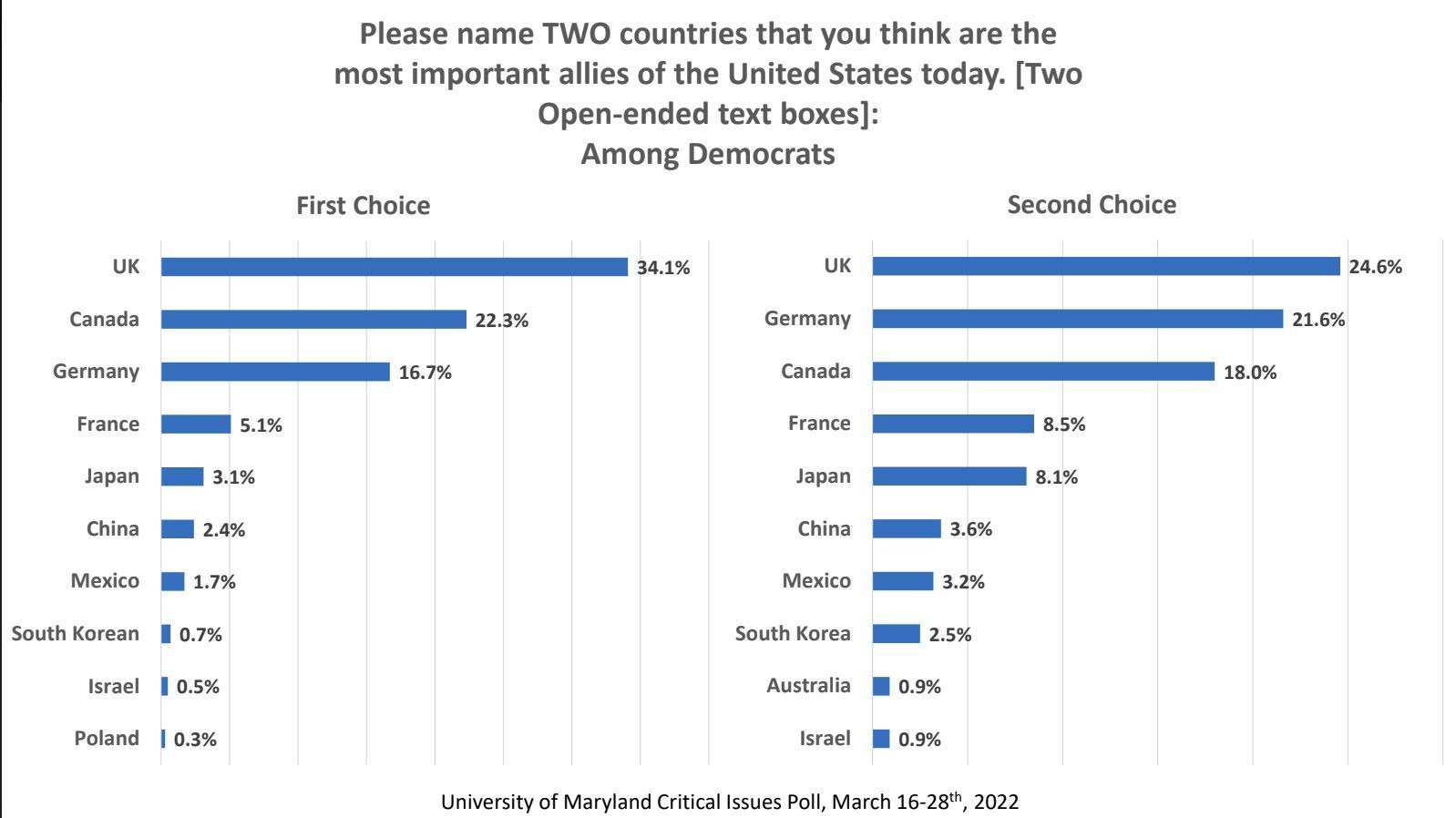 According to the poll, 20% of Republicans ranked Israel as the most important ally of the U.S., just after the UK, in their first pick. For their second pick, 9.3% chose Israel just after the UK, Canada and Germany. Among Democrats, only 0.5% and 0.9% (respectively) chose Israel. In fact, Democrats ranked France, Japan, China, Mexico and South Korea as a more important ally of the U.S. compared to Israel when giving both their first and second choice. 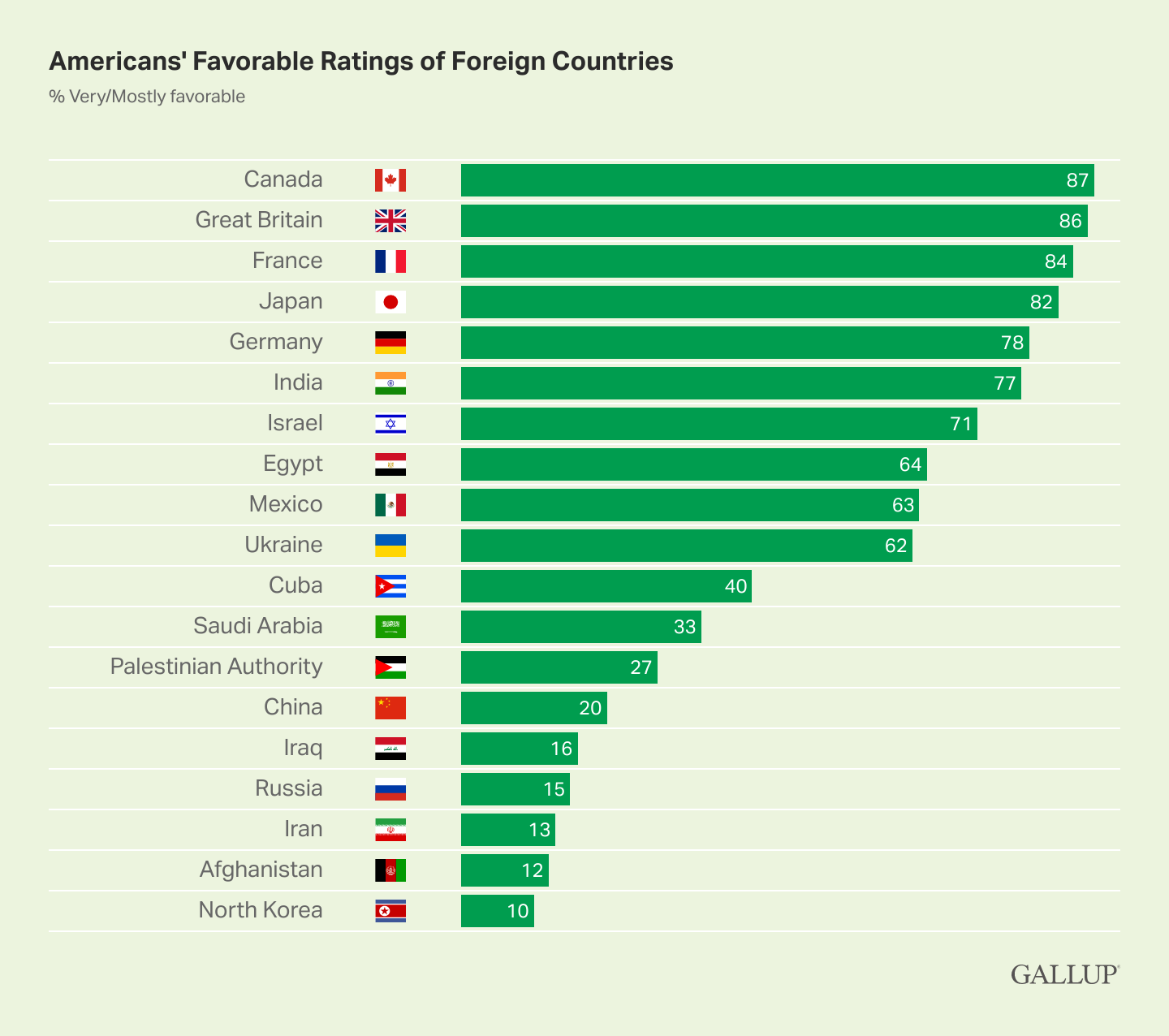 In 2021, Israel received 73% support in the same poll as opposed to only 69% in 2019. American’s support for the Palestinian Authority decreased this year, according to Gallup, with only 27% supporting the PA this year, compared to 31% the year before.