JERUSALEM—Though Israel has more of a coffee culture than an affinity with the three-tiered tray, high-tea rituals associated with England, the nation and its citizens have strong ties – both present and historic – to the United Kingdom.

That became apparent when the Kumkum Tea House in Jerusalem assembled a sprawling tribute to Queen Elizabeth II, who passed away on Sept. 8 after 70 years on the throne. The display of photos in the shop’s window shows Elizabeth in various stages of her royal life along with the iconic sketch of her with Paddington Bear – a character as synonymous with England as tea and the queen herself.

The shop became a makeshift memorial for Israelis to gather and pay their respects.

Much of the Israeli press was quick to note that the queen never visited Israel, despite having traveled to more than 120 countries during her reign. Nevertheless, many expat British Israelis offered warm tributes to Queen Elizabeth on social media and lauded her historic rule – while also posting photos of their morning “cuppa” in mugs with the queen’s photo or the Union Jack. 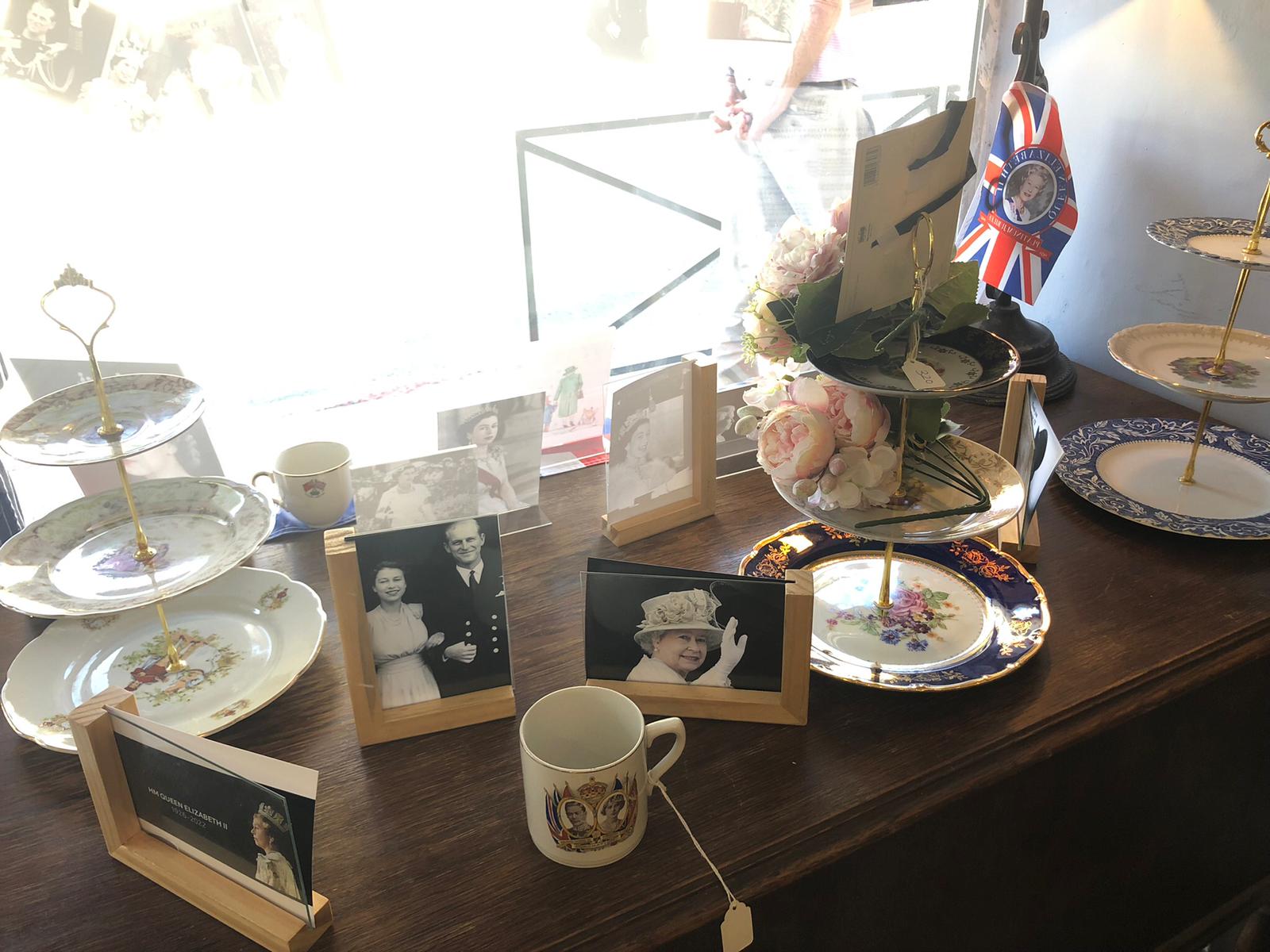 Chief Rabbi of the Commonwealth Ephraim Mirvis said the queen’s “affection for the Jewish people ran deep, and her respect for our values was palpable.”

“We recall with much appreciation the warm relationship she had with the Jewish community, with a particular commitment to interfaith relations and Holocaust memorial,” Mirvis said in a video statement. “I recall how, on one occasion, she showed me and my wife items of Jewish interest and value in her private collection in Windsor Castle, including a Torah scroll rescued from Czechoslovakia during the Holocaust.” (See full statement here.)

Before modern-day Israel became an independent state in 1948, the British Empire had a relatively short-lived and controversial spate of control over the region – the British Mandate of Palestine.

The Balfour Declaration in 1917 announced the British government’s intent to establish a state for the Jewish people on their ancestral land. Some 85,000 to 100,000 Jews lived in Israel at the time.

Following the end of World War I, Great Britain and France divided the territories of the former Ottoman Empire with the League of Nations giving Great Britain control over the area of Palestine in 1922. The following two decades were marred by fighting between the Arabs and Jews who lived there and the British solders present to administrate the mandate.

After an influx of Jewish refugees escaping the Holocaust in Europe headed to Palestine after World War II, the British relinquished control of the region to the United Nations which voted to partition the land into two states: one Jewish and one Arab.

The famous vote led to a declaration of independence by Israel and a declaration of war by several Arab countries after the British Mandate expired on May 14, 1948. The war that ensued defined the borders of a new country called Israel – expanding its territory beyond the original U.N. partition plan.

This also ended the British presence except for several streets in major cities named after famous officials from the United Kingdom, such as David Lloyd George and Gen. Edmund Henry Hynman Allenby.

Israel continued using the Palestine pound, which was issued by the Anglo-Palestine Bank, until it switched to its own national currency – the shekel – in the 1950s.

Despite no official visits by the monarchy until Prince William in 2018, U.K.-Israel relations have been strong and diplomatic relations are good. Israeli President Isaac Herzog will attend Queen Elizabeth's funeral.

And on Sunday, Prime Minister Yair Lapid offered Israel’s “deepest condolences to the people of the United Kingdom.”

“For 70 years, she was a model of decency and stability, and an icon around the world,” he said. “We send our best wishes to the new King, His Majesty Charles III.”