JERUSALEM—Evangelical leaders in the U.S. and Israel are deeply concerned that President Joe Biden is determined to sign a dangerous – and potentially disastrous – nuclear deal with the Iranian regime.

True, Biden and his team have gone radio silent regarding the Iran deal for now.

But others say that both sides are just keeping quiet until the mid-term elections are concluded on Nov. 8.

Then, they believe, Biden and Iran will make their final decisions as to whether to strike a deal or not.

Sources inside the Biden administration tell ALL ISRAEL NEWS that the American president is determined to make the deal and likes the offer his team has made.

It’s the Iranians, they say, who are dragging their feet.

This is not comforting.

The Biden offer is terrible.

The current draft of the deal simply does not prevent Iran from building nuclear weapons, according to current and former Western diplomats and intelligence officials with whom I have spoken.

It may slow Tehran down a little, but not that much.

And the deal allows Iran to keep enriching uranium and building its nuclear know-how until the deal lapses and the “sunset provisions” expire.

At that point, Tehran – a regime that continually threatens to annihilate the U.S. and Israel – would be able to immediately break out and build not just one nuclear weapon but an entire arsenal.

“Iran is now just five days away from having enough fuel to build The Bomb,” a senior official in the Middle East told me in May. “If the Iranian regime was to make the decision today, in five days they would have enough highly enriched uranium to start building nuclear weapons. That’s how serious the situation has become.”

Noronha served as special advisor on Iran policy in the U.S. State Department in 2019 and 2020.

Former U.S. Ambassador Dennis Ross – who once served as a senior Middle East advisor to presidents Barack Obama, Bill Clinton and George H.W. Bush and now works at the Washington Institute for Near East Policy – agrees that the Biden deal is flawed and won’t work.

“A new Iran deal won’t prevent an Iranian bomb,” Ross wrote last month. “Tehran’s program is far more advanced than in 2015, so only a credible threat of force will stop the regime from crossing the nuclear weapons threshold.”

“A decade ago, then-Israeli defense minister Ehud Barak would regularly come to Washington and hold high-level meetings with senior officials in the Obama administration,” Ross recalled. “Iran’s nuclear program was the central focus of those meetings.”

Ross said he remembered Barak’s frequent admonition, “You say there is time to deal with it, but I fear we will be told this until we are told, ‘it is too late and there is nothing to be done but live with it.’”

“I was one of those in the U.S. government reassuring him that we would not let this happen. However, with Rafael Grossi, director of the International Atomic Energy Agency (IAEA), now saying the Iranian nuclear program ‘is galloping ahead,’ I fear that Barak’s words may have been prophetic.”

Not only does the Biden deal not prevent Iran from getting The Bomb, “the new nuclear deal would allow Tehran to access up to $275 billion in financial benefits during its first year in effect and $1 trillion by 2030” by lifting economic sanctions on the Iranian regime,” according to a new study by the Foundations for the Defense of Democracy.

Worse, “if oil prices rise over time and Tehran manages to modestly increase its non-oil exports and imports, the deal can offer Tehran up to $1.4 trillion,” the study concluded.

Would all this money go to help build better schools and hospitals and create millions of new, high-paying jobs for the Iranian people?

Rather, it would provide a massive new infusion of cash into Iran’s nuclear weapons building program.

Plus, it would provide vast new funding for Iran’s terrorist proxies throughout the region such as Hezbollah in Lebanon, Hamas in Gaza and the West Bank and the Houthi rebels in Yemen.

These are just some of the reasons I have joined with more than 60 Evangelical leaders to write a letter to President Biden urging him to abandon his feverish efforts to persuade Tehran to agree to such a deal.

Please join us in praying that the president will be dissuaded from the dangerous course that he is on.

Here is the full text of the letter, along with the names of all the signatories:

American Christian Leaders for Israel (ACLI) is a network of Christian leaders representing over sixty million Americans who are united in their support for Israel.

We write today because we are gravely concerned that your Administration is moving towards an agreement that will allow Iran to remain a nuclear-threshold state, constituting a global threat on a massive scale.

As such, we respectfully request that, in the international talks regarding Iran’s nuclear program, you do not negotiate a nuclear deal with Iran that endangers Israel, placing it directly in harm’s way.

We specifically ask you not to relieve sanctions on Iran that will enable them to escalate nuclear production or provide funding for global terrorism.

This is not a partisan issue, nor is it only a Jewish or Israeli issue; it is an American issue.

Millions of Americans are represented by ACLI, and millions of grassroots Americans are opposed to the current nuclear deal being negotiated with Iran – a nation bent on the annihilation of Israel.

Put very succinctly, we ask you to ensure that the following three principles are non-negotiable:

We believe these principles provide a sound policy for the protection of our interests in the Middle East region as well as in the United States.

Thank you for your consideration, Mr. President.

Our continued prayers are with you as you lead our great nation.

The Honorable Nancy Pelosi, Speaker of the House 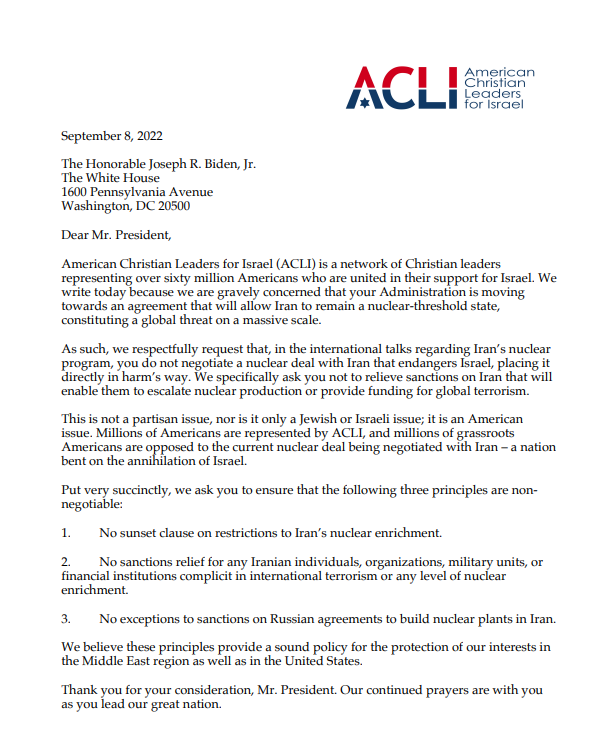 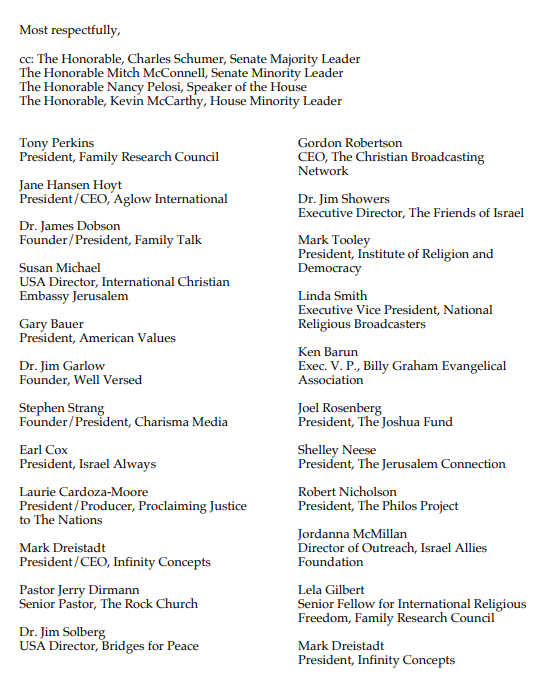 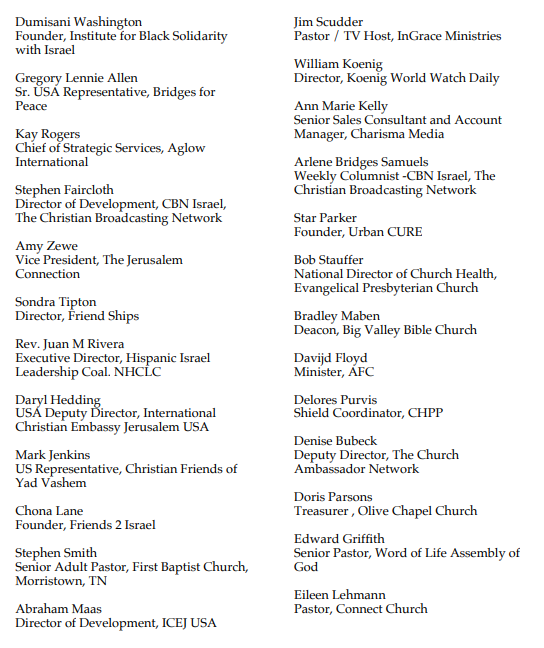 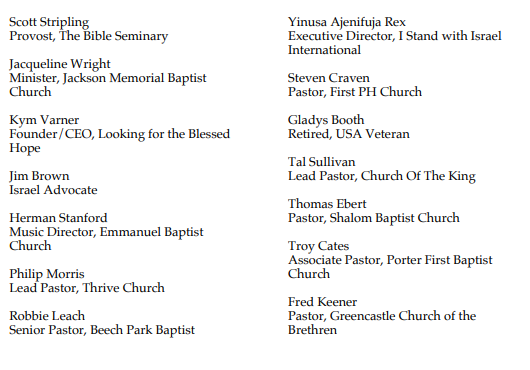