Last week the Islamic regime in Tehran marked the 43rd anniversary of the Islamic Revolution which, among other things, enshrined the vision of the destruction of Israel.

How did Iran – which has no territorial or historical dispute with Israel, and was its ally in the days of the Shah – become an enemy seeking to eliminate it?

Laymen and even pundits and government officials around the world believe this is mere propaganda for domestic consumption, aimed at uniting the Iranian public against an external threat. This is far from being the case. In reality, behind the slogans there is something that goes much deeper, for which the Iranian regime is willing to scarify a whole lot.

Since its inception, the Islamic regime has preached the destruction of Israel. It displays slogans on missiles calling to wipe Israel off the map, and its officials often quote the founder of the Revolution, Ayatollah Khomeini, who claimed that Israel was a cancerous tumor that must be eradicated.

The current Iranian supreme leader, Ayatollah Khamenei, even “predicted” in 2015 that Israel would cease to exist within 25 years. Since this “prophecy” the regime counts the days until its realization in 2040. It has placed a countdown clock on the pilgrim route to the holly Shiite sites in Iraq, and takes care to mention the issue through posters and articles published on Khamenei's official website.

After negotiations, in Zionist regime they said they had no more concern about Iran for next 25 years; I’d say: pic.twitter.com/dBA7oAbFPX

The genocide vision is reserved exclusively for Israel. The regime in Tehran has never called for the destruction of other enemies, not even Iraq. The two countries waged a bloody war for eight years, during which chemical weapons were used against Iran and its cities were attacked with massive missile fire.

So what's the story?

There are two dimensions to the hatred of the revolutionary regime for Israel: ideological-theological and strategic.

Some assess that the theological component is secondary to the strategic one. They argue that the American-Israeli order in the region is an obstacle in the Islamic Republic's path to imperial expansion in hostile Arab-Sunni space. This expansion, the argument goes, is a key instrument in defending the revolution and spreading its gospel in the region.

But, in my view, the basis of the profound change in the Islamic Revolutionary regime's attitude toward Israel and of the notion that it must be weakened until its demise is first and foremost religious-ideological. From it, stems the strategy of Iran and of its proxies in the region, especially Hezbollah. The famous speech of the secretary general of Hezbollah, Hassan Nasrallah, in which he compared Israel's strength to a “spider web” that can be wiped off easily, resonates this exact ideology.

So let’s dive for a moment into the roots of the ideology of the Islamic regime in relation to Israel, about which too little has been written in research and in the academic literature.

This ideology is based entirely on the thought of the founder of the revolution, Khomeini – the supreme role-model of the senior members of the current Iranian regime, who were all his students. Prof. Meir Litvak from Tel-Aviv University described Khomeini's ideological animosity to Zionism.

It was an essential part of his teachings and his religious worldview, and of the way he understood Islam and its historical destiny, in the shadow of its crisis in the modern age.

Khomeini's thinking in relation to Israel can be divided into three layers.

The ideological-religious tier: Khomeini created a linkage between Jews and Zionism and the processes of secularization and Westernization that took place in the Middle East in the 20th century. He believed that the decline of the Islamic world and the believers’ pursuit of materialistic needs was the result of a large-scale conspiracy by the foreign powers – in the service of which Zionism acts as the spearhead in the region.

In his view, after the West realized that it would not defeat Islam by military force, it sought to disintegrate it from within by introducing secular and materialistic ideas. Khomeini, who developed an obsession with Israel and its “schemes,” found “evidence” for them in its close relationship with the Shah who enforced secularization processes. And even in that the Baha'i religion, which is considered heretical and persecuted in Iran, has established its world center in Israel.

Khomeini argued that by virtue of its existence, Israel places a real obstacle, leading the believing Muslim to spiritual destruction and preventing him from fulfilling his destiny and spiritual redemption. From here, the road to calling for the elimination of Israel was short.

The Islamic law tier: Khomeini saw in the control of the Jews in the sanctuaries of Islam in Jerusalem an anomaly, as they were tolerable protégés of Islam. He also held an extreme view regarding the impurity (najasa) of the Jews. Against this background, calls for the liberation of Jerusalem and its purification from impurity have become common slogans of the Islamic regime to this day.

The political-historical tier: Khomeini saw Israel’s close cooperation with the Shah as a move to oppress the Iranian people, persecute Islam and an attempt to take over the Iranian economy, military and society. Khomeini accused Israel of supplying torture equipment to the Shah's secret police (SAVAK) that persecuted the Islamic Revolutionary movement, which he headed. This led Khomeini to argue that Israeli-imperialist rule was a matter of life and death for Iran.

Religious-ideological hostility to Israel became integral part of Iranian regime's identity and one of the foundations it has maintained over the years, having been forced to compromise - like any opposition that takes over government - on other principles, in foreign and domestic policy.

Gradually, ideological animosity toward Israel and Israel’s response to Iranian hostility, have shaped the regime’s strategic concept. This concept defines Israel as a major threat to Iran’s national security and hegemonic posture which the regime seeks in the region and the Islamic world.

Holocaust denial, in which the Iranian regime is involved up to the neck, is also related to the vision of the destruction of Israel, since the Holocaust provides legitimacy for the establishment and existence of the State of Israel. For years, Tehran has supported Holocaust deniers (the best known of whom was Roger Garaudy) and has organized “academic" conferences on the subject. Accordingly, in January, Iran was the sole state to object  the United Nations General Assembly resolution against Holocaust denial.

The combination between religious-ideological animosity and the perception of a strategic security threat has made Israel a unique enemy, in Tehran’s eyes with which Iran can never compromise. It is therefore almost impossible to relieve tensions with the Iranian regime, even if Israel tried to reduce the severity of its military-security threat and intentions as they are perceived by the regime in Tehran.

And the question that always arises – does the entrenched animosity toward Israel and the call for its destruction mean the automatic employment of nuclear weapons against it, should the Iranian regime put its hand on such a capability?

The answer is: not necessarily. At the top of this regime’s priority is its survival, and it can show great flexibility when its security and existence are at stake. In this case it will be able to compromise even on tenets and foundations of faith. The Iran-Conta affair is a case in point.

But on the other hand under a nuclear umbrella Iran is expected to “put on steroids” its efforts to weaken Israel and bring about its collapse. It would be a very different and dangerous Middle East, even before talking about the multilateral nuclear arms race that will develop in it.

For all those reasons understanding what is really behind Iran's call for the destruction of Israel is crucial for crafting the right policy toward the Islamic Regime: never allow it to get the nukes and prioritize the urgent need to push back against its effort to entrench militarily on Israel’s border. 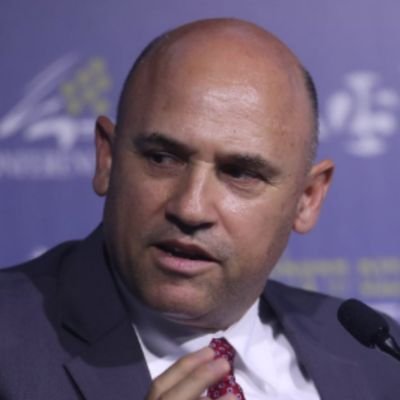 Colonel (res.) Udi Evental is a strategic consultant and teaches policy planning at the Reichman University in Herzliya. You can follow him on twitter at @uevental