The Golan Heights in northeastern Israel are a basaltic plateau formed by repeating eruptions of dormant volcanoes scattered all over the region.

Mount Bental is one of these dormant volcanoes. It has a shape of a horseshoe due to one of its lava walls collapsing during its last eruption some 100,000 years ago.

The mountain is over 3,800 feet high and the vistas from its summit are breathtaking. 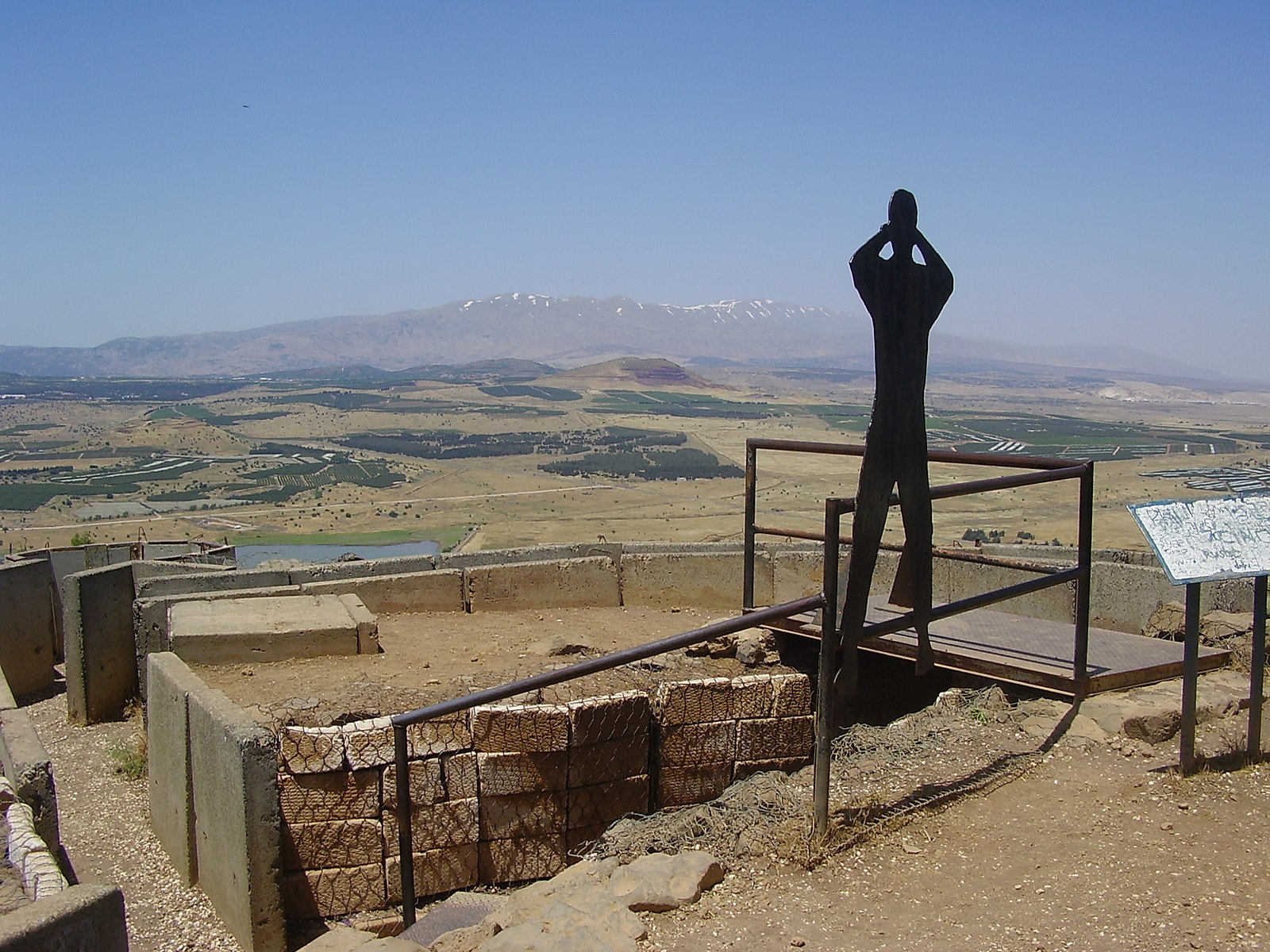 The path to the summit is decorated with metal sculptures made by Joop de Jong from Kibbutz Merom Golan at the foot of the mountain.

On the mountain, one can visit a restored bunker which tells the story of the Yom Kippur War using wall art (built by the Syrian army and renovated by the Israel Defense Forces and also enjoy treats at the “Coffee Anan” snack bar. There is a water reservoir and beautiful hiking trails around the mountain, as well as attractions like horseback riding and ATV tours.

On the summit, one can look out to the east toward the abandoned city of Quneitra and the road leading northeast from Quneitra to Damascus. The place was inhabited at least 2,200 years ago and continued through the Roman and Byzantine times. It served as a stop on the road from Damascus to western Palestine. Saint Paul is said to have passed through the settlement on his way from Jerusalem to Damascus,  as written in the book of Acts:

“Meanwhile, Saul was still breathing out murderous threats against the Lord’s disciples. He went to the high priest and asked him for letters to the synagogues in Damascus, so that if he found any there who belonged to the Way… he might take them as prisoners to Jerusalem. As he neared Damascus on his journey, suddenly a light from heaven flashed around him. He fell to the ground and heard a voice say to him, Saul, Saul, why do you persecute me? Who are you, Lord? Saul asked. I am Jesus, whom you are persecuting, he replied...  The men traveling with Saul stood there speechless; they heard the sound but did not see anyone. Saul got up from the ground, but when he opened his eyes he could see nothing. So they led him by the hand into Damascus.” (Acts 9) 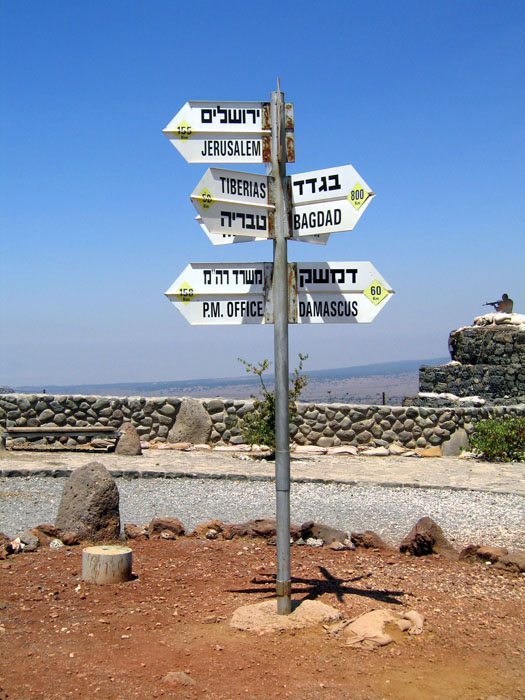 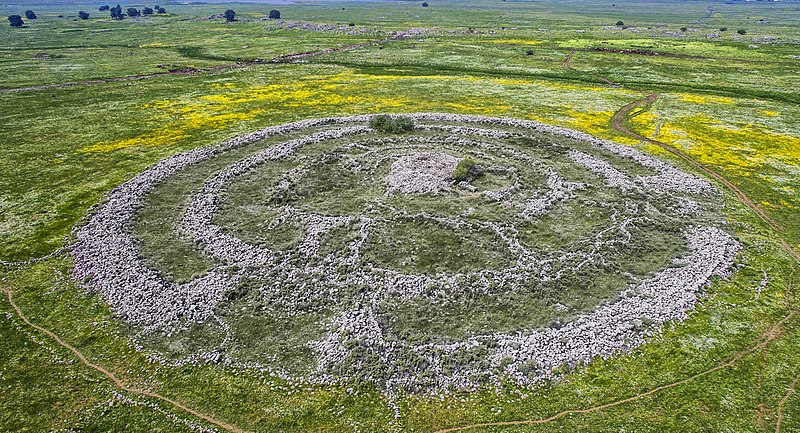 Archaeological findings suggest that the Golan Heights were inhabited already hundreds of thousands of years ago (by Homo Erectus). Research suggests that the monument was built about 6,000 years ago when thousands of people inhabited the area.

The purpose of the monument is not clear, although it may have included worship, burial, astronomical observations and more.

The site dates back thousands of years prior to biblical times. Nevertheless, the modern Hebrew name “Gilgal Refaim” connects it to the Bible.

In biblical times, a region named Bashan stretched to the east of the Golan Heights and included a town called Golan:

“Then Moses set aside three cities east of the Jordan, to which anyone who had killed a person could flee if they had unintentionally killed a neighbor without malice aforethought. They could flee into one of these cities and save their life. The cities were these… Golan in Bashan, for the Manassites”

The Bible tells us that the Bashan region was populated by giants (Hebrew: “Anakites” or “Rephaites”):

“That too was considered a land of the Rephaites…. They were a people… as tall as the Anakites” (Deuteronomy 2:20)

Og, the king of Bashan – defeated by the sons of Israel on their way to the Promised Land was a Rephaite remnant:

“We took all the towns on the plateau, and all Gilead, and all Bashan as far as Salekah and Edrei, towns of Og’s kingdom in Bashan. Og king of Bashan was the last of the Rephaites. His bed was decorated with iron and was more than nine cubits long and four cubits wide.” (Deuteronomy 3:10)

So the modern Hebrew name Gilgal Refaim (Rephaite Circle) suggests that the monument is a burial monument of a Rephaite king, of which the most popular was Og.