JERUSALEM—The soulful tones of Negro Spirituals emanating from the auditorium of a Jerusalem elementary school seemed a rather unlikely sound at an Israeli school.

But this genre of African-American music came to life for fifth graders at Max Rayne Hand in Hand school in Jerusalem when an award-winning Gospel singer gave the class a live demonstration of the very songs they were learning in class.

This cultural convergence came about thanks to Dvir Catz, the music teacher at Hand in Hand, and Dr. Ruth Pauline Plummer, an African-American businesswoman and minister living in Israel.

But why were these Israeli kids – Jewish, Muslim and Christian – learning American history at all, let alone Negro Spirituals? 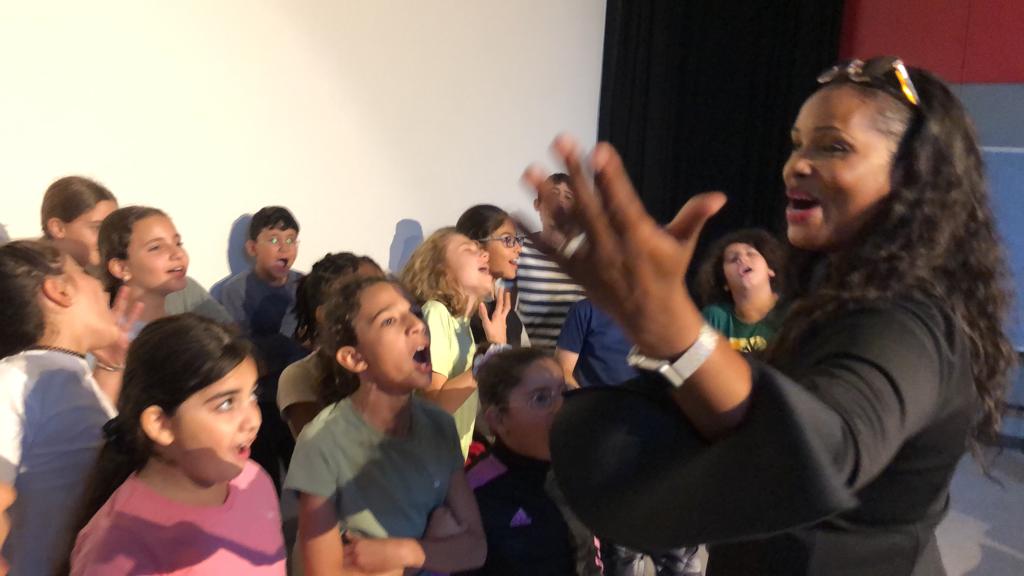 Earlier this academic year, Catz – a musician himself who performs in Israel and abroad – introduced Negro Spirituals to his music class with the classic “Swing Low, Sweet Chariot.” He explained that much of today’s popular music really began with slaves who would sing while working the plantations in America’s south in the 1700 and 1800s.

“Everything these students hear today when they open the radio, or go on YouTube, Spotify – wherever they listen to music – it all has its roots in American music, specifically in things that go back about 400 years ago,” Catz told ALL ISRAEL NEWS.

“It began in slavery – perhaps the darkest period in American history. But if I can say something good thing came out of that time – it’s our music, because these ‘work songs’ developed into Gospel music. And Gospel had an influence on all music – from Gospel came blues, and from blues, rock and roll, then jazz, then soul, rhythm and blues, funk, rap and what we see today.”

What’s more, these songs were deeply spiritual and drawn from the Bible, both Old and New Testaments, referencing the Jordan River and the exodus from Egypt, among other biblical narratives. These songs became the basis for music sung in many churches around the United States today.

“Many of the musicians that we know and love today learned as children to sing in church – they sang in church choirs,” Catz pointed out. “For example, Beyonce was a Gospel singer in a church. If it weren’t for the history of the African Americans, we wouldn’t have the music we have today.”

And who better to bring in for a real-life lesson than Plummer who moved to Israel just over two years ago with her husband Glenn, bishop of Israel for the Church of God in Christ denomination. 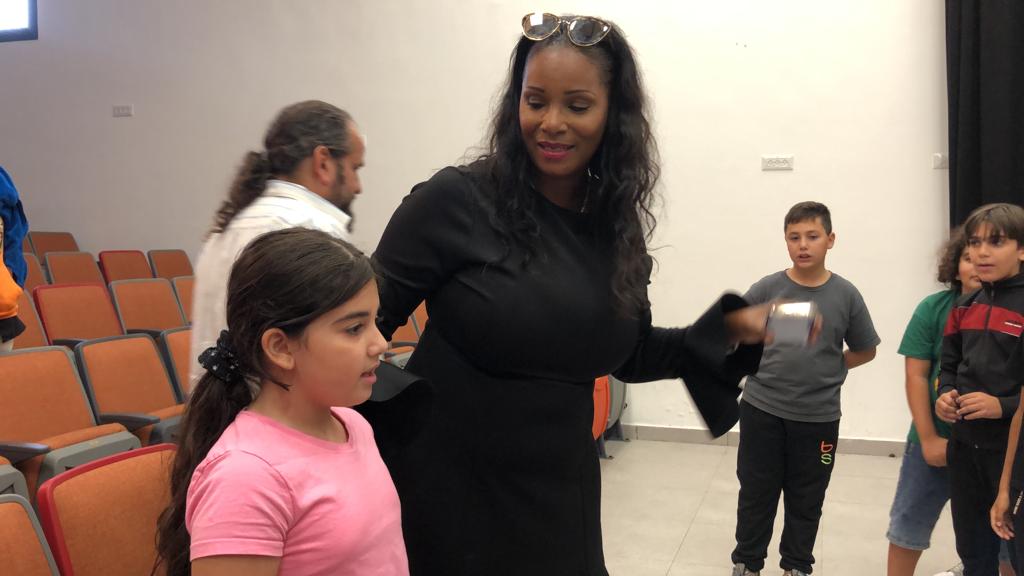 Plummer herself began singing in church at the age of 5. But singing for and with this diverse group of Israeli and Palestinian children was a first-time experience for Plummer.

And for someone who teaches workshops at schools for Black History Month (February), this was an opportunity to “use my gift of song” to bring their lessons alive in a tangible way, she said.

“To have someone who represents Black culture to come in and be able to facilitate this session will impact their lives forever as well as mine,” Plummer said. “Music is a universal language – it shapes culture and helps us to understand the dynamics of humanity.” 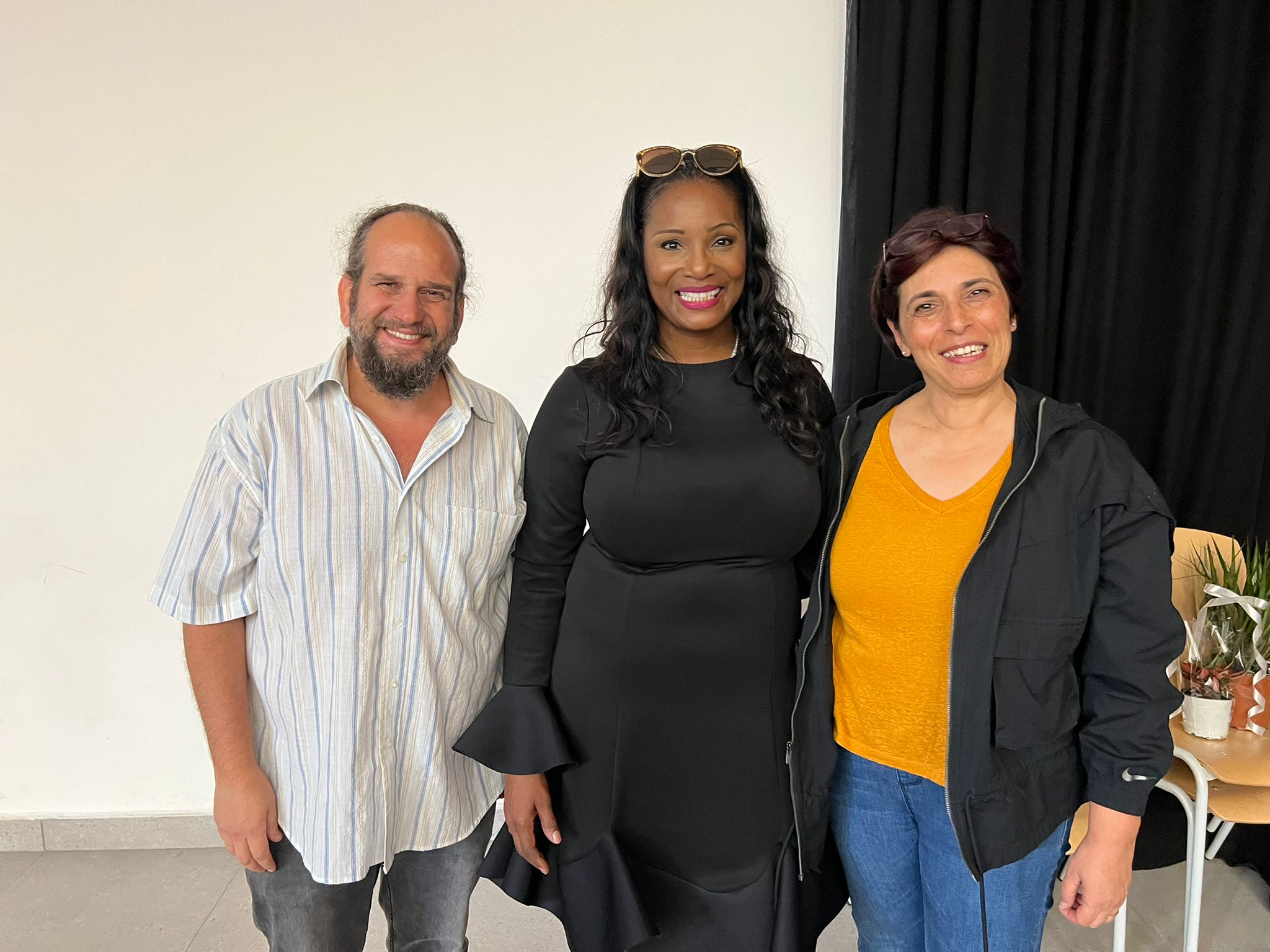 THE LESSONS IN THE SONGS

Plummer was moved that Catz was so passionate to teach about this genre of music and that a new generation of children in the Middle East is learning the heritage of African Americans – people they don’t meet on a daily basis.

“By them learning the music they can appreciate the contribution we have made as a people,” she said.

This summer, Plummer herself was one of the Women Empowerment Honorees for the Southern Christian Leadership Conference for women’s advocacy and empowerment as the CEO and Founder of Covenant Daughters International. The Southern Christian Leadership Conference (SCLC) is an African-American civil rights organization founded in 1957 and is closely associated with its first president, Martin Luther King Jr.

Plummer, who was named Best New Artist by the 2006 Gospel Choice Awards and Best Female Singer 2012, is frequently invited to perform at civil rights events, including the inauguration of the Martin Luther King Memorial in Washington, D.C.

Speaking with the Jerusalem students was a way to cross cultural bridges with her message.

“They will have some knowledge of our contribution and who we are as Black Americans and our impact on the world. Music was a means of hope for us. It was a way where, when everything was dim and grim, it became our hope, our lifeline and, as a result of that, we were able to find joy in our distresses,” Plummer said. “It was our music that helped find our way to true freedom.”

And she means that literally. The slaves used codes in their songs to send messages and directions to one another about the Underground Railroad – a network of routes that slaves used to escape to freedom in the North.

For example, Harriet Tubman – a famous abolitionist who escaped slavery herself and then returned several times to save others – used the song, “Wade in the Water” to advise other slaves to walk through water in order to throw off the hounds that were used to track them.

Since the plantation masters were used to hearing the slaves sing biblical songs, they never suspected there were codes in the lyrics. 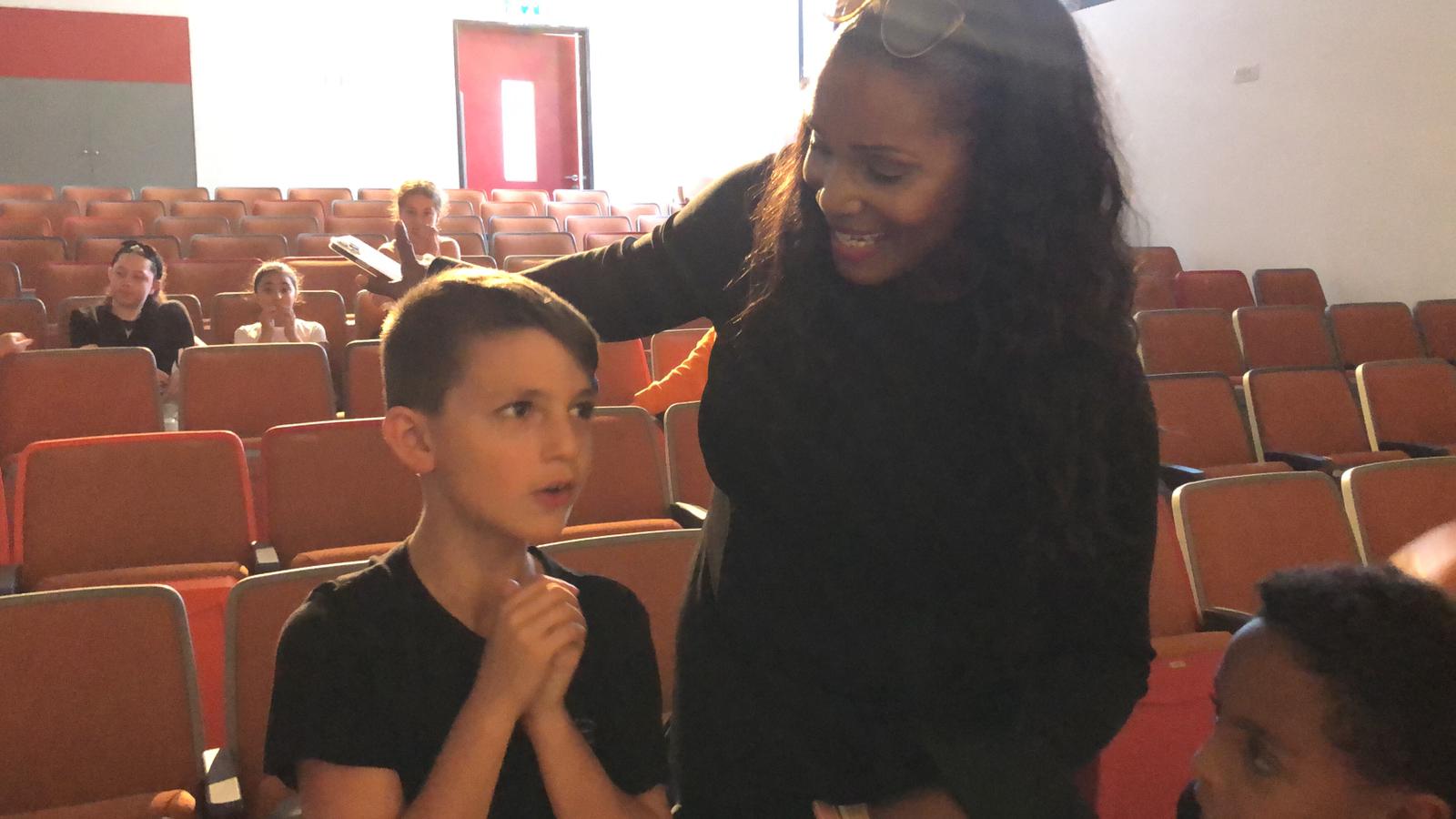 Catz has been teaching music theory for 25 years and has taught at Hand in Hand for 20 years. He directs the choir and a music program in which the students have an opportunity to learn diverse instruments such as oud, mandolin and flute.

Plummer noted that diversity in Israel looks different than in the United States. In this class in Jerusalem, Plummer encountered several languages, religions and two separate and distinct nationalities all together in one auditorium.

Her lesson had to be translated into both Hebrew and Arabic for the children.

And that is actually the point of the school.

Hand in Hand is Israel’s largest bilingual school with classes conducted in both Hebrew and Arabic. With six campuses around the country, Arab and Jewish children are integrated with an aim to have a 50-50% representation in each class.

“Jerusalem often represents a flashpoint in the Arab-Israeli conflict, but rather than teaching around the city’s complexities, Hand in Hand’s Jerusalem staff acknowledge them, inviting students to share their perspectives in a compassionate and respectful environment,” the school’s website states.

Because of its effort in forging coexistence in mixed classroom settings, the school is supported by foreign organizations, such as USAID, and is frequently a stop during visits to the region by ambassadors and foreign dignitaries, including former U.S. First Lady Laura Bush.

Plummer said she hopes her visit can lead to more cooperation between the school and her community.

“To see the class engage and support each other says a lot about the school and the new generation regarding diversity and its acceptance of one another. I find that to be very unique,” she said.