It’s an interesting question, especially since the historical record is crystal clear that the explorer who discovered America and the New World in 1492 considered himself a devout Christian. 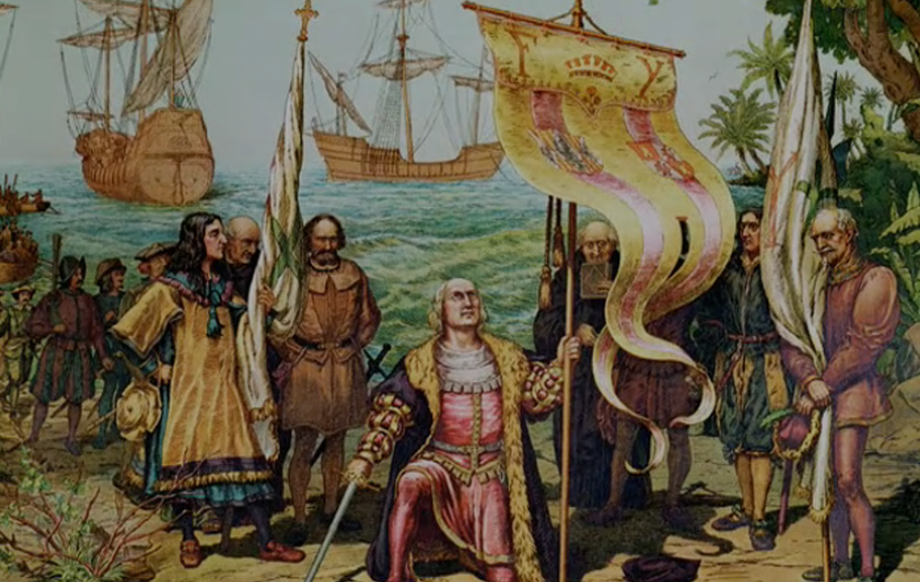 A 1934 ARTICLE PUBLISHED BY THE JEWISH TELEGRAPHIC AGENCY

His Christian faith notwithstanding, a number of scholars believe that Columbus was actually ethnically Jewish.

As a dual US-Israeli citizen with Jewish heritage (on my father’s side, though not on my mother’s side), this has intrigued me and I’ve been reading up on this subject this week.
Here is what I’ve learned.

In 1934, the Jewish Telegraphic Agency (JTA) published an article with this headline: “Christopher Columbus a Jew? New Evidence Supports Theory.”

The article cites an “abundance of proof to substantiate the claim that the famous navigator was a Spanish Jew,” not an Italian from Genoa, though the author notes that Columbus would most certainly have hidden his Jewish identity since “it was fatal to admit being a Jew” in Spain at that time.

Consider several of the 11 specific points the author makes:

AN ARTICLE PUBLISHED BY CNN

On May 14, 2012, CNN’s website published an article with this headline: “Was Columbus secretly a Jew?”

Everybody knows the story of Columbus, right? He was an Italian explorer from Genoa who set sail in 1492 to enrich the Spanish monarchs with gold and spices from the orient. Not quite.

For too long, scholars have ignored Columbus’ grand passion: the quest to liberate Jerusalem from the Muslims.

During Columbus’ lifetime, Jews became the target of fanatical religious persecution. On March 31, 1492, King Ferdinand and Queen Isabella proclaimed that all Jews were to be expelled from Spain. The edict especially targeted the 800,000 Jews who had never converted, and gave them four months to pack up and get out.

The Jews who were forced to renounce Judaism and embrace Catholicism were known as “Conversos,” or converts. There were also those who feigned conversion, practicing Catholicism outwardly while covertly practicing Judaism, the so-called “Marranos,” or swine.

Tens of thousands of Marranos were tortured by the Spanish Inquisition. They were pressured to offer names of friends and family members, who were ultimately paraded in front of crowds, tied to stakes and burned alive. Their land and personal possessions were then divvied up by the church and crown.

Recently, a number of Spanish scholars – such as Jose Erugo, Celso Garcia de la Riega, Otero Sanchez and Nicholas Dias Perez – have concluded that Columbus was a Marrano, whose survival depended upon the suppression of all evidence of his Jewish background in face of the brutal, systematic ethnic cleansing.

Columbus, who was known in Spain as Cristóbal Colón and didn’t speak Italian, signed his last will and testament on May 19, 1506, and made five curious – and revealing – provisions. Two of his wishes – tithe one-tenth of his income to the poor and provide an anonymous dowry for poor girls – are part of Jewish customs. He also decreed to give money to a Jew who lived at the entrance of the Lisbon Jewish Quarter.

AN ARTICLE PUBLISHED BY BIOGRAPHY.COM

On September 14, 2018, Biography.com published an article with this headline: “What Was Christopher Columbus’ Heritage?”

In 2009, Georgetown University linguistic professor Estelle Irizarry published her book, "Christopher Columbus: The DNA of His Writings," based on close examination of hundreds of documents written by Columbus. According to her research, he was born in the kingdom of Aragon, in Northern Spain, and his primary language was Castilian (there are no existing documents in which Columbus used Ligurian, the common language of Genoa).

But if he was Spanish all along, why go to great lengths to disguise his identity? Because, Irizarry and a number of other historians argue, Columbus was actually Jewish. Linguistic traits in his writings led them to believe Columbus was raised learning Ladino, a hybrid form of Castilian Spanish, comparable to Yiddish, which was spoken by Spain’s Sephardic Jewish community. They believe there is ample evidence to support their conclusions, including the existence of a Hebrew blessing, “with God’s help,” on all but one of Columbus’ letters to another son, Diego (but which do not appear on letters to anyone outside his family).

They also point to Columbus’ links to the wealthy Sephardic businessmen who helped fund his expeditions, bequests he made to other Jews and even the triangular symbol that Columbus used as a family signature of sorts, which is similar to inscriptions on gravestones of Sephardim. And they believe that Columbus’ one-day delay in leaving Spain in August 1492 was to ensure he did not set sail on the Jewish holiday of Tisha B’Av, which commemorates the destruction of the Holy Temple in Jerusalem.

AN ARTICLE PUBLISHED BY THE TIMES OF ISRAEL

On October 8, 2018, the Times of Israel published a story with this headline: “Christopher Columbus — the hidden Jew? With a murky past, theories abound for the origin story of the intrepid explorer — from pirate to crypto-Jew.”

Two fleets set sail from Spain’s Port of Palos on August 3, 1492, floating together down the Rio Tinto. On one vessel was the final batch of expelled Jews, who, rather than repudiate their faith and become conversos (Christian converts) in the face of death if they remained in their home country, set out for an unknown fate in a new world. Leading the other ships, named the Pinta, Niña, and Santa María, was a little known explorer named Christopher Columbus.

Whether fact or legend, there are those who say that Columbus set out with the expelled Jews because he had stalled his voyage, originally set for August 2, by one day; that year, August 2 was the commemoration of Tisha B’Av, a fast day of mourning for the fall of the Jewish Temples.

For some scholars, the shared launch date is more than coincidental. Is it possible that Columbus too was a Jew in search of a better future?

The article cited various modern Jewish scholars who note that “since the late 1800s, Columbus historians have diligently worked to unearth the true origin story behind the man who set sail for India in 1492 and instead unwittingly found a new world.”

Columbus is widely believed to have been born in Genoa, Italy, they say, though “some early 19th century Spanish scholars claimed he was actually born Cristobal Colon in Pontevedra, a large Galician port in northern Spain.”

A number of historians, the article noted, “including Nazi hunter Simon Wiesenthal, who wrote a popular book, Sails of Hope, on the explorer, think he was a Jew.” 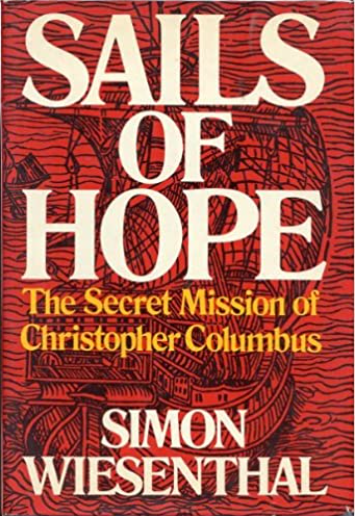 CAN WE BE CERTAIN?

I confess that I’m intrigued by the possibility that the explorer who discovered the New World was not only a devout follower of Jesus Christ and passionate about the Bible and the future of Jerusalem but also a man from a Jewish heritage.

That said, am I certain that Columbus was Jewish?

I’m not sure that we can certain based on the evidence we have thus far, which is largely circumstantial.

Perhaps one day historians will unearth records that prove the issue one way or the other.

Until then, it’s at least worth a good dinner-time conversation.

Was Christopher Columbus Jewish? Did he really study Bible prophecy and long for Jerusalem to be liberated from Muslim rule?

Two explosions rocked Israeli capital – are we on the verge of a new intifada?