JERUSALEM—Inspired by the Canadian truckers who have captivated the world with their protests for freedom and against vaccine mandates, between 20,000 to 30,000 Israeli vehicles began making their way to the Knesset on Monday morning, according to an estimate from the organizers.

The protestors – from North to South – are calling on the government to end all mandates and repeal the Special Powers Law which continues a state of emergency (technically a special health situation) through the remainder of the year.

Ber Lazarus, a dual Canadian-Israeli citizen, hoisted the iconic maple leaf flag and joined the Knesset demonstration in protest of two years of government restrictions in response to the COVID-19 pandemic.

"The biggest right that has been trampled upon was the right of bodily integrity," he said. "When a government takes over that right, then you know you have gotten involved with a very fascist regime." 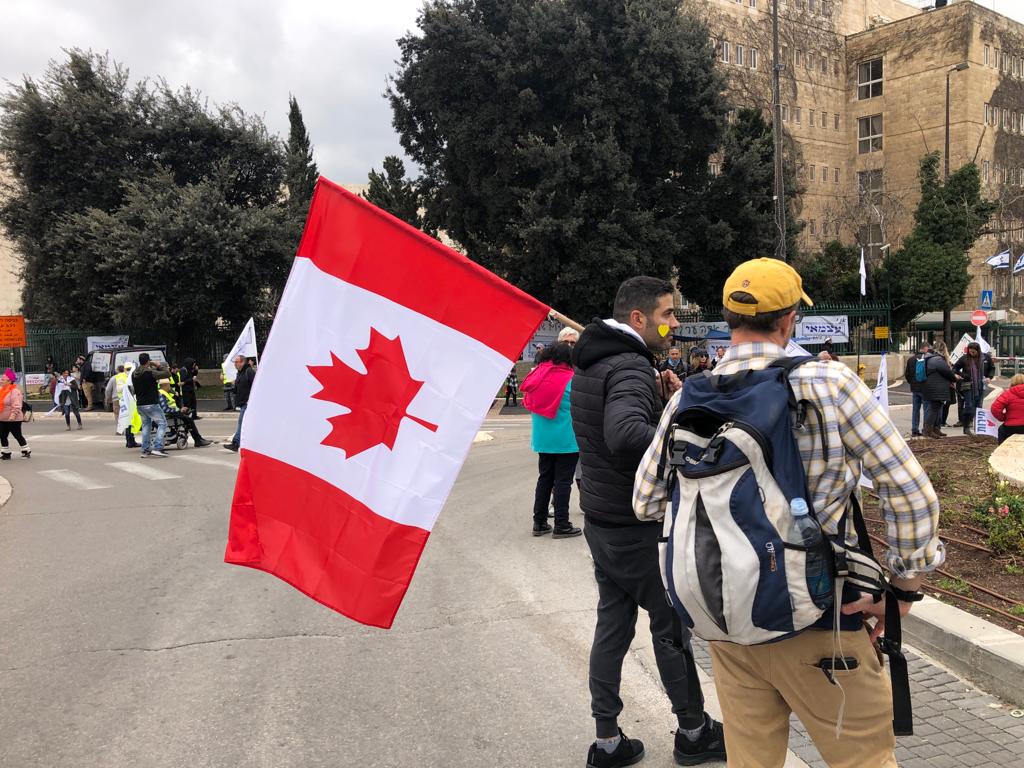 A protestor at the Israeli Knesset flies a Canadian flag (Photo: ALL ISRAEL NEWS)

The convoy converged on Highway 1 up to Jerusalem and slowed traffic for hours. When the vehicles arrived in Jerusalem, police blocked access to the Knesset and the trucks were diverted to side streets.

It took hours until some found parking and came by foot to the Knesset.

"I'm here to fight for my life," said one driver who didn't reach the Knesset and was still driving around this evening.

Some protestors are planning to camp out there until the Special Powers Law is repealed. 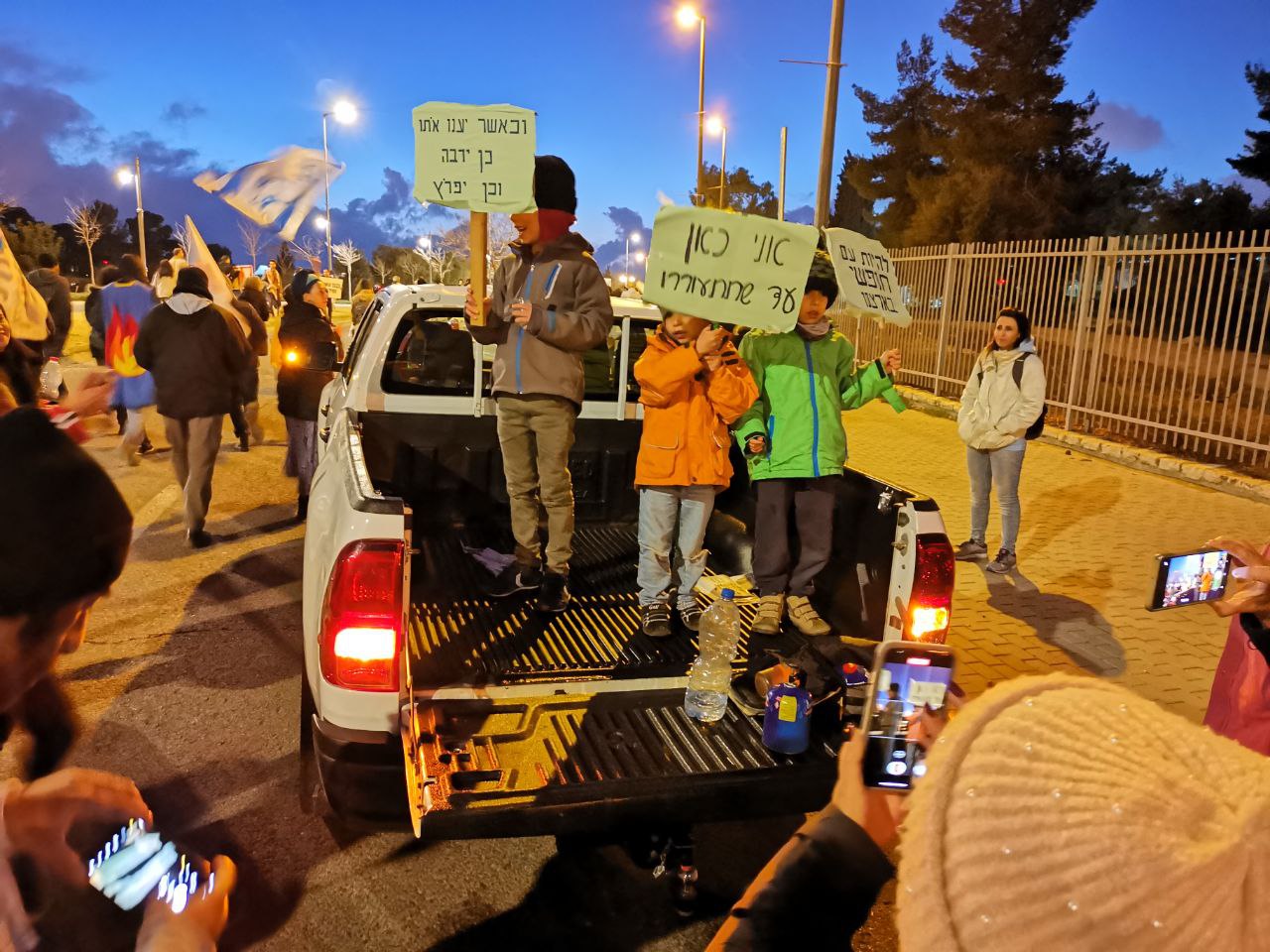 As this was unfolding, Prime Minister Naftali Bennett announced a surprise visit to Bahrain and flew out Monday afternoon.

The protest, which snarled traffic around the country and saw protestors at dozens of bridges over highways and other meeting points, was not covered on the evening news or the radio throughout the day.