Kurilla’s visit comes as the U.S. is reportedly engaging in efforts to create an integrated air-defense network between Israel and its Arab allies, in light of the threat from Iran.

”While in Israel, the CENTCOM head commander is expected to focus on Israel’s air defenses, an IDF spokesperson told the media. CENTCOM is the U.S. military unit responsible for protecting American interests in the area stretching from the Horn of Africa to Central Asia.

Kochavi noted that this cooperation makes possible “a broad and accurate operational response to the various security threats in the area,” while making possible the development of a “wide range of additional strike capabilities in the face of evolving threats.”

Kurilla was welcomed by Kochavi who said, “the common interests of the United States and the State of Israel, and the ongoing cooperation regarding the challenges in the Middle East, is a major reason for the close partnership between the U.S. Armed Forces and the IDF.”

“The United States’ commitment to Israel remains ironclad,” Kurilla was quoted as saying, according to the IDF.

Israel’s Ministry of Defense on Monday reported that missile-system tests took place at the White Sands military test facility in New Mexico. The testing consisted of several simulated cruise missiles traveling in different directions at varying trajectories to represent the types of threats that the U.S. Marine Corps could face. In addition, the U.S. Marines successfully tested an air defense system that combines American radar capabilities with Israeli Iron Dome launchers and interceptor missiles. The system uses the Marine Radar and Command Center and the Iron Dome’s launcher and Tamir interceptor missiles.

Israeli Defense Minister Benny Gantz met with Kurilla for the first time and shared on social media that he “emphasized the unparalleled defense relations between Israel and the U.S. – as reflected during the historic POTUS visit.” Gantz noted that their discussion focused on growing regional challenges, “including Iran’s destabilizing activities via proxies and in the maritime arena.”

According to the head of Israel’s Missile Defense Organization, Moshe Patel, “This test has proven the Iron Dome Tamir Interceptor and associated ground components can be integrated quickly and efficiently in any relevant defense architecture and intercept various aerial threats successfully in complex and advanced scenarios.” 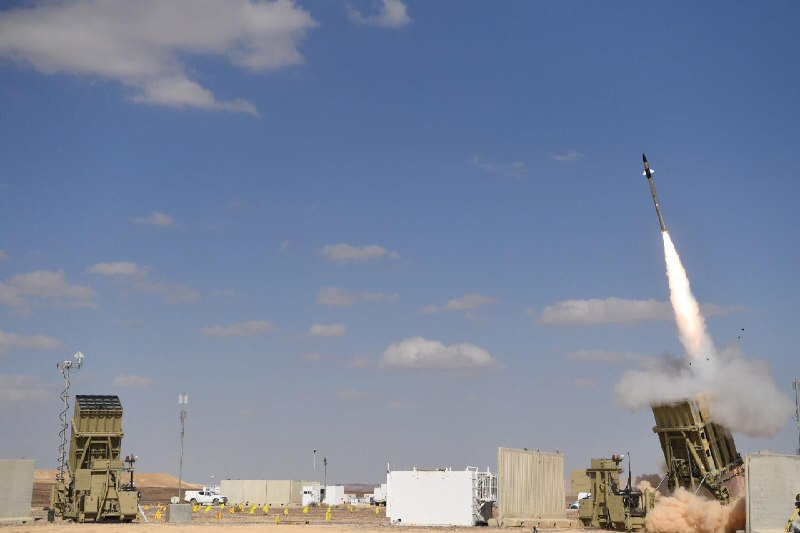 In a press release, the IDF characterized the meetings between the American and Israeli militaries last month as “war games.” They stated that these sessions contained “mechanisms for operational coordination between the armies,” and that “the main points of operational, intelligence and technological cooperation were reviewed.”

During his visit to Israel last week, U.S. President Joe Biden had a tour of the country’s multi-tiered air-defense systems. He saw the long-range Arrow, the medium-range David’s Sling, the short-range Iron Dome and a high-powered laser-interception system in development, called Iron Beam.

Biden’s inspection of some of the technologies that Israel exports to its regional allies is considered to be tacit approval of such an effort.

Israel hopes to partner with the U.S. on the Iron Beam, seeking American investment in the system’s ongoing development and future deployment.

Until September 2021, Israel was part of the U.S. European Command (EUCOM) aimed at preventing tensions that might arise between CENTCOM and Arab Muslim nations under its purview. Improved relations between Israel and several of these countries has led to its inclusion in CENTCOM.

In March, senior Israeli military officials met with their counterparts in Morocco to sign an agreement of cooperation between the two militaries. In addition, Kochavi traveled to Bahrain to meet with his Qatari counterpart earlier this year.

In 2020, Bahrain, the United Arab Emirates and Morocco normalized relations with Israel through the Abraham Accords established under former U.S. President Donald Trump.