Even with recurring lockdowns and COVID restrictions, several local organizations worked together to put on Israel’s first Night to Shine – a special project of the U.S.-based Tim Tebow Foundation to honor young people with disabilities.

Tebow – a former American football player turned professional baseballer – is an Evangelical Christian and widely known for his strong stance on pro-life and biblical values. His foundation’s mission is to fight for people who can’t fight for themselves, according to a video on the Tim Tebow Foundation website.

Night to Shine is an unforgettable prom night experience for teens with disabilities, organized by the Tim Tebow Foundation and hosted at various locations close to Valentine’s Day. There is at least one event in each of the 50 American states at 720 churches, and in over 34 other countries around the world. 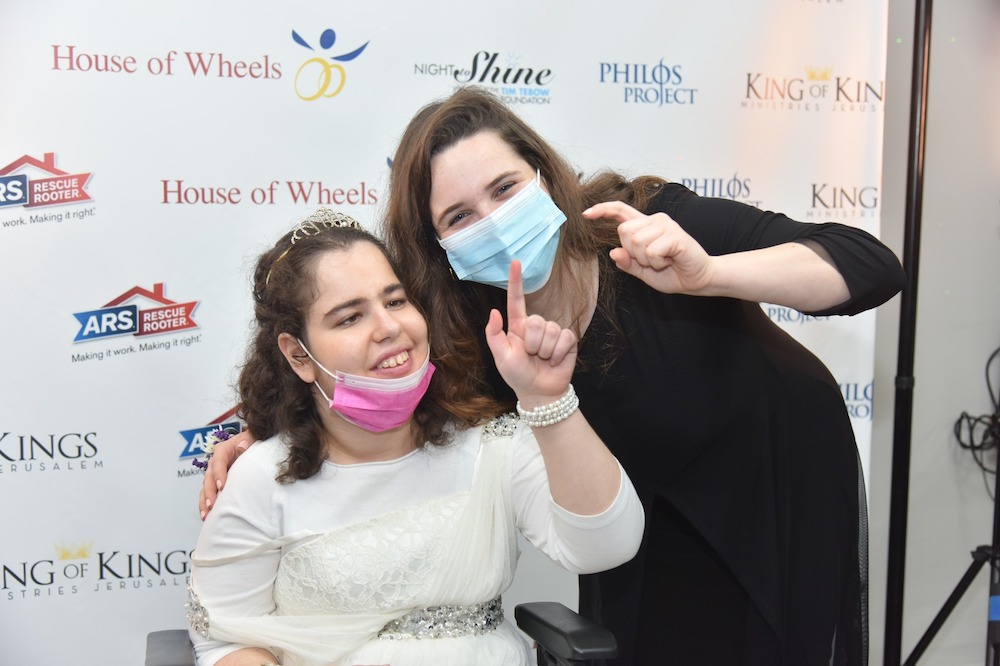 “We adapted the event to the Israeli culture while maintaining the unique Night to Shine characteristics,” Adina Arbel of the House of Wheels organization told ALL ISRAEL NEWS. “Prom is an American concept, and some aspects, like limousines and shoe-shining, are foreign to us. We also arranged it on a Thursday night and not on a Friday, so it wouldn’t collide with the Sabbath.”

Arbel said that the Tim Tebow Foundation understood the need to make cultural adjustments and asked just that the Israeli event keep a red carpet and a crowning ceremony.

Michael Mott, a pastor at King of Kings Ministries, told ALL ISRAEL NEWS, it was a very special night.

“There were 17 sweet girls who were blown away that anyone would do this for them," Mott said. "They were each welcomed by name, as they came in on a red carpet, and a tiara was put on their heads, and flowers on their wrists as part of the welcome. They had special make-up put on, and then they ate, danced and sang until the evening. There were decorative desserts, and… honestly, I don't know that they've ever done anything like it before.”

The event took place earlier in February near Akko in northern Israel at House of Wheels, an organization that provides programs for approximately 500 children with disabilities at six locations around Israel.

The Tim Tebow Foundation wanted to come to Israel for a few years, and was set up with House of Wheels through a mutual contact at the Philos Project in July 2020. During 2020, the preparations went ahead, fully expecting COVID to disappear before February 2021. The pandemic forced them to scale down their plans.

House of Wheels and King of Kings Ministries with support from Philos Project, hosted the event. House of Wheels was able to hold the event for 17 participants under Ministry of Health restrictions.

“The ideal is to host these events with a minimum of 75 participants, and at least double that amount of volunteers, family and friends,” Arbel said. "An event like that would be hosted at a church, restaurant or a hotel, none of which is feasible under COVID. Since our facilities have special permission, we offered to host it. We thought first we would do events in all our six locations and connect them virtually, but eventually we realized that since it's the first year, we would be better off focusing on one location and one event, and see how it goes. We hope to host this event for years to come, so we will build on this experience for next year.” 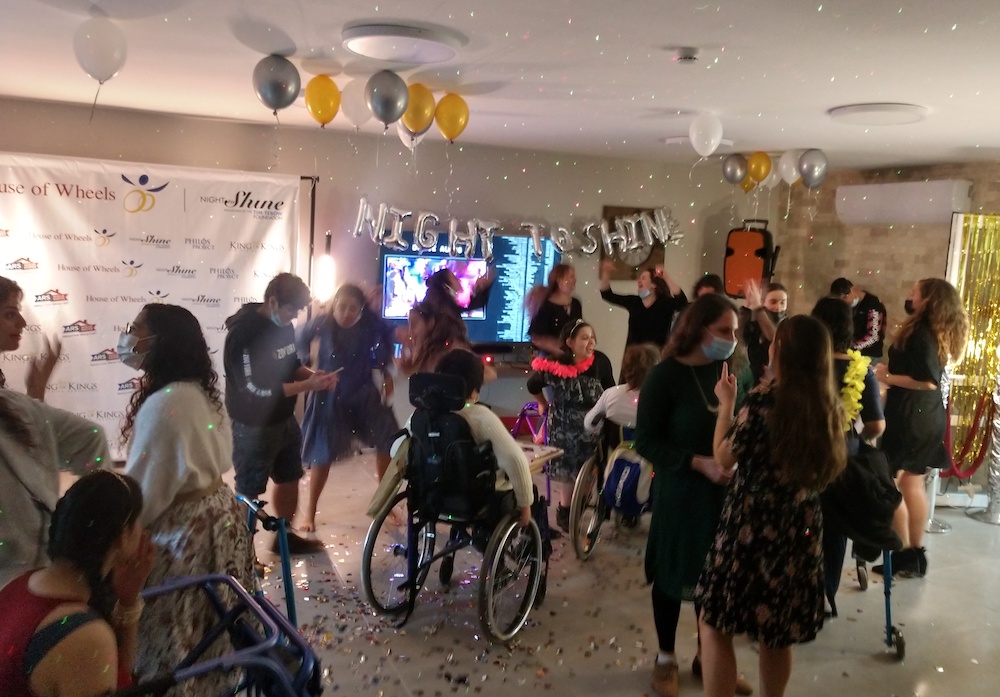 Though the Night to Shine is for both genders, Arbel said the Israel one focused on girls

“We just thought that the idea of strengthening the way you see yourself, and about love and being beautiful is a message that the girls need more than the boys, and as the number of participants was limited, we decided to make it a girls-only event,” she said.

Before the event, Arbel explained to the House of Wheels board members that the ultimate vision “is to arrange a country-wide event with many participants. That mutual vision includes Tim Tebow himself coming to Israel attending the event.”

The video footage from the event shows participants entering one by one on a red carpet. They were welcomed with signs that read, “We love you,” “Have fun!” and “It’s your night” in English and Hebrew. Music played and the room was decorated in white and gold with balloons and ornaments. Some rolled in on wheelchairs, others used walkers. There was a small table with champagne-like drinks, but no one seemed to notice it over all the excitement. Each girl was crowned with a tiara and given a corsage for their wrist.

Arbel thanked all the organizations for joining together to make this possible.

“We all believe in 'love thy neighbor as yourself' and this event all came together. We have the King of Kings Ministries here with us, the House of Wheels volunteers, and it's fun to just bring it all together in one night,” Arbel said. “I think it's very unique to have the prom night near Valentine's day. Instead of celebrating love between a couple, we're celebrating loving yourself, especially loving your body when you have a physical disability. So I think it's a great opportunity for the girls to have this night.”

House of Wheels Director Yoav Shadmi said the event gave these girls the opportunity and the right to feel equal.

“Two things touched my heart about tonight. One is the fact that we are for the first time part of something that is global. The [Night to Shine] event is something we had only heard of, and now we have the privilege of hosting it,” Shadmi said. “The second is the context, that we are having this event in the era of COVID. For the last 10 months, the world and Israel have been in lockdowns, and to celebrate tonight, with 17 girls, feeling we are free and not afraid, is something that is very unique and I am grateful for that.”

House of Wheels was founded in 1979 and serves people with disabilities from all backgrounds and faiths from all over Israel. It is the only organization here that works intensively over the long-term with the same participants, empowering them and accompanying them to adulthood.

“The participants, and the volunteers said they had never had a night like this,” Arbel said. “It was very needed. The families of the participants are struggling, like all families with a disabled child. Some of our participants don't even go to school, because they have a condition that puts them at risk. [House of Wheels] is their only social outlet. Having an event with dancing and singing was really the opposite of everything that has been going on for them the past months. It was lots of fun."

Indeed, it was an unforgettable night for many, both participants, staff and volunteers. Even though Tebow couldn't make it, his words rang true throughout the night.

“I hope you know how valuable and special you are,” he said in a message. “You are unique, you are created in love, by love and for love, and God has a great plan for your life. Tonight is a night where you can shine.”