JERUSALEM – One of the architects of U.S. President Donald Trump’s Middle East peace strategy says he has “high hopes” the Kingdom of Saudi Arabia will make peace with Israel.

He is also excited about the surge of business deals underway between Israel and Gulf Arab states and is seeing firsthand mounting evidence that a “gold rush” is underway in the Middle East.

Jason Greenblatt, who served as a senior White House advisor for international negotiations – and is now an advisor to Middle East business and financial executives – made no predictions about when the Saudis would make their move with Israel, but his optimism was clear. 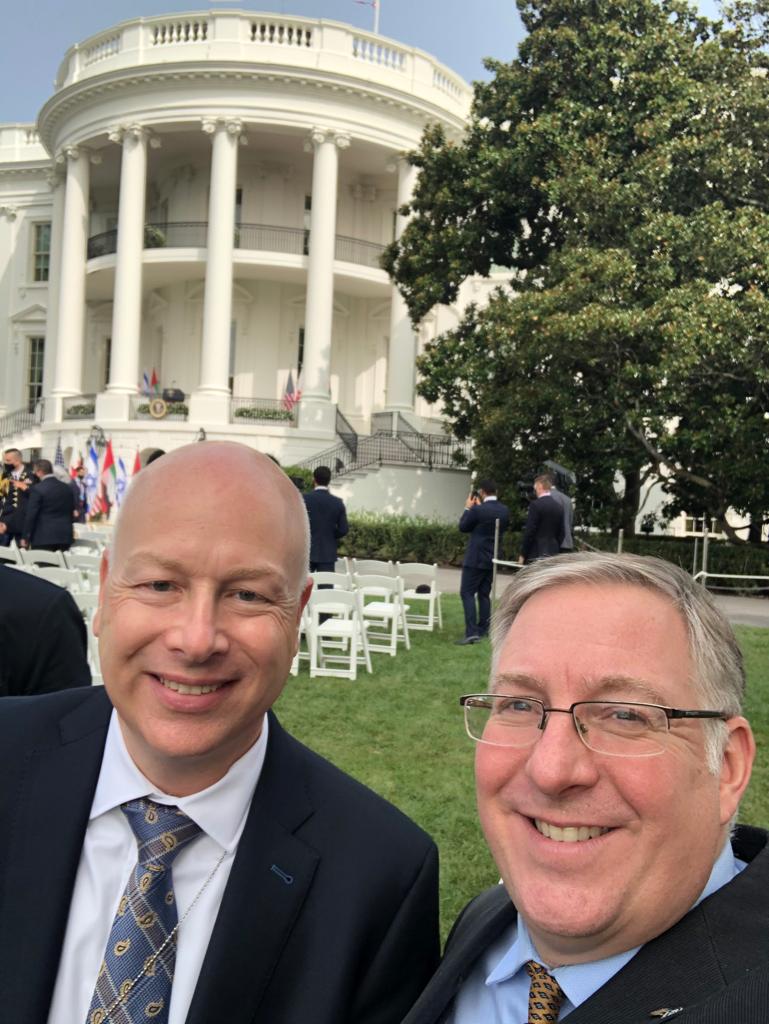 Jason Greenblatt and Joel C. Rosenberg at the signing of the Abraham Accords at the White House, Sep. 15, 2020 (Photo: All Israel News)

I interviewed him via Zoom last week, when we believed Israeli Prime Minister Benjamin Netanyahu was going to make his first state visit to the United Arab Emirates, and possibly to Bahrain. Unfortunately, Netanyahu postponed the trip – for the third time.

Still, Greenblatt’s preview of what he expect from a Netanyahu meeting with UAE Crown Prince Mohammed bin Zayed is worth noting.

So were his insights from his time in Saudi Arabia at a conference of venture capitalists.

What’s more, I asked Greenblatt to take me behind the scenes in the negotiations he was deeply immersed in that eventually led to the historic Abraham Accords.

Here are a few excerpts from our conversation – but I encourage you to watch all 24 minutes: