JERUSALEM—Hatred and racism are simmering in the streets of Israel.

While rockets are flying in from Gaza, and Israeli warplanes are taking out Hamas sites in the coastal enclave, a civil war is spreading through the streets of Israel.

And that terrifies Israelis – Jews and Arabs alike – more than the rockets.

Even after a ceasefire between Israel and Hamas goes into effect, the seeds of fear, distrust and anxiety will have taken root in this extremely integrated society.

In a stunning display of racial violence in several cities, both Arabs and Jews have been wounded and one man was even killed in Lod.

For believers in this country, if ever there were a time to let their light shine, it is now.

“We need to love one another, we need to stand against the violence,” Saleem Shalash, pastor of Home of Jesus the King Church in Nazareth, told ALL ISRAEL NEWS. “Who is dying is innocent people and it’s all hatred. This is Satan trying to destroy families and to destroy the relationship between Arabs and Jews.” 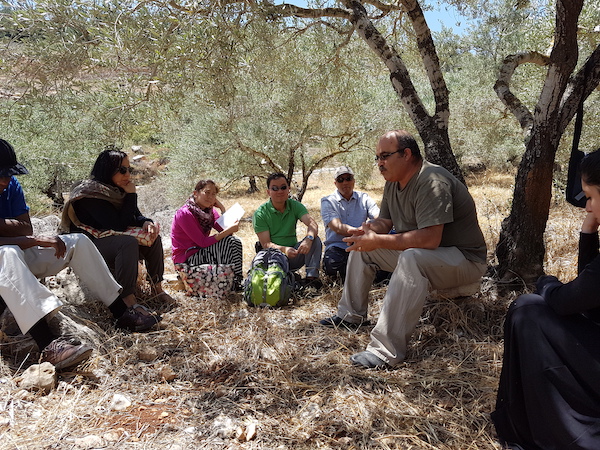 Arab and Jewish believers meet together for a Bible study. (Photo: courtesy)

David Ortiz, who works among Jews and Muslims, said the primary cause of this breakdown here is that Israel lacks true leaders – mothers and fathers to lead the nation.

“Pray that God will give us a good government. Leaders have to be fathers and mothers. Paul says, ‘You have many teachers, but few fathers.’ And this is what we are missing in government.”

“And that’s the sign of a breakdown in government – when there is no father and mother in the house,” Ortiz said.

Another breakdown, Ortiz said, is that recent events in Israel have crushed the hopes of Israeli Arabs to be integrated into society, such as right-wing Knesset members refusing to sit with Arab parties.

“Believers should be praying for both Jews and Arabs, to continue building up bridges for people that are on both sides,” Ortiz said.

Leah Ortiz provided practical advice for believers on the ground here: “At times like this, we make a concerted effort to keep on talking to each other and, if there is any need, we reach out. If Jews have Arab neighbors, reach out and continue talking to them and see if they need any help. And the same for Arabs.” 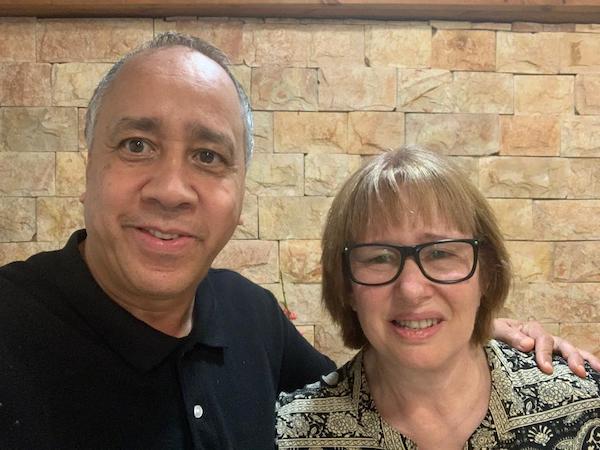 “And, really, keep away from hate. Ask the Lord to fill you up with His love,” Leah Ortiz said.

Shalash stressed that the church must have zero tolerance for racial violence. As believers they must show respect – and love – for one another.

“We lived all our lives together as one family, and a lot of my friends are Jewish, and a lot of Jews have Arab friends,” he said. “But this, you know, must stop because it’s all about violence, about hurting one another. And this must stop.”

Shalash pleads for love and unity in a 12-minute video here.

Israeli pastors and elders from around the nation – Arabs and Jews – released a statement of unity in an effort to counter the civil unrest that is expressing itself in violence and, sometimes, lethal encounters between citizens of the nation.

Here is the statement in full:

In light of the current situation in which it is expressed in polarization and hatred between Arab and Jewish citizens, we Israeli Jews and Arabs, who share the same faith in Jesus as Messiah and Lord: declare that we are united in brotherly love that is rooted in our faith and based on the Scriptures of the Old and the New Testament, as written in John 13: 34-35: “A new commandment I give to you, that you love one another: just as I have loved you, you also are to love one another. By this, all people will know that you are my disciples if you have love for one another.”

Our hearts agonize at the expressions of violence and hatred in our country, where we all live together and we have no other country. Therefore, we call upon all our brothers and sisters who believe in Jesus our Lord, to practically express our unity in Christ Jesus, in love, in mutual help, and steadfastness, confronting the forces of Satan that are full of hatred. All of these since we have been called to be ambassadors of the Lord, and so that the name of God would receive glory and his son Jesus Christ our Lord would be magnified glorified both in our country and in the world.

Our prayers are that the fighting and hostility would cease and that the peace of God prevails in our land and among our neighbors: For He himself is our peace, who has made us both one and has broken down in his flesh the dividing wall of hostility. (Ephesians 2:14)

With blessings and hope for quieter and better days,
The Board of National Pastors and Elders