The Israel Antiquities Authority recovered a rare coin issued by Greek ruler Antiochus IV – “Antiochus the Evil” – during the home search of a suspected artifact thief.

The suspect was believed to have looted archaeological items from a protected site in the northern Israeli city of Kiryat Shmona. Israeli authorities took him into custody after finding him walking with a metal detector in the Ramot Menashe archaeological site.

The coin found at his home was a “special mint,” issued by Antiochus to commemorate his granting of special rights to 19 cities in the Seleucid Kingdom, according to retired IAA coin researcher Dr. Danny Shion. The coin dates to about 169-164 B.C., concurrent with the 167-160 B.C. Maccabean Revolt against the Seleucid Empire and Hellenistic influence on Jewish life.

“Antiochus, king of the Seleucid kingdom, was officially named ‘Epiphanes’ – ‘the face of God’ – but behind his back, his subjects called him ‘Epimanes’ – ‘the crazy Antiochus,’” Shion said.

In Jewish history, Antiochus IV is mainly associated with Hanukkah, as Antiochus’ persecution of the Jewish population led the Maccabees to rise up against the Greeks.

After the suspected looter’s initial arrest, he defended himself, claiming he was simply a “geology enthusiast” who was looking for geological finds. However, in his home, authorities not only discovered the rare coin of the Greek ruler, but an entire treasure trove of ancient coins. 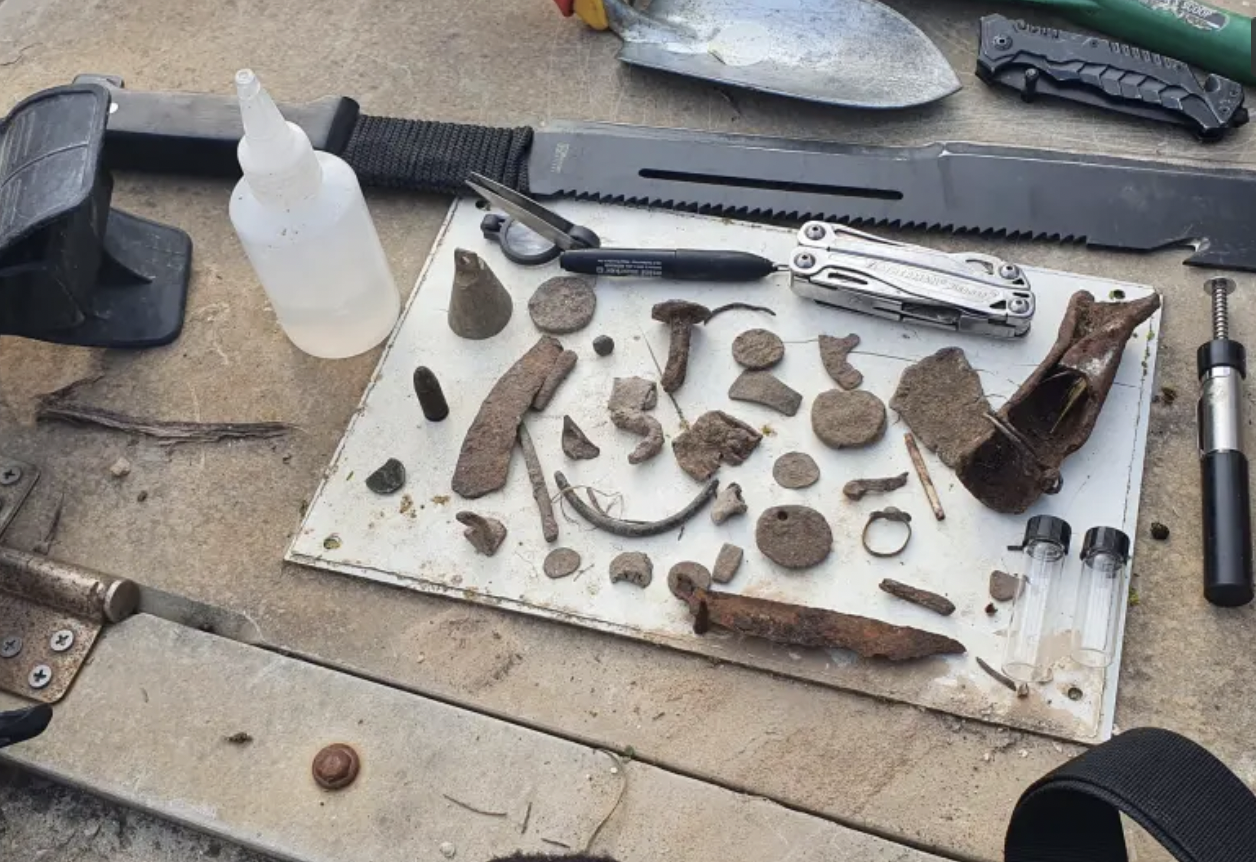 Using metal detectors to search for archaeological artifacts is against the law in Israel. Nir Distelfeld, the northern Israel inspector for the IAA Antiquities Theft Prevention Unit, warned that taking artifacts from archaeological sites is criminal.

“Although the find is beautiful and the timing of its discovery [just] before Hanukkah is exciting, we must not forget that the suspect broke the law,” he said. “Many looted items were found in his house. The suspect claimed to be a geology enthusiast that was looking for quartz crystals and metals but, ‘on the way,’ also collected coins and ancient artifacts.”

IAA Director-General Eli Eskosido said that removing artifacts from archaeological sites harms the work of archaeologists and, by extension, the history of the entire country.

“The removal of ancient finds from the antiquities sites harms the possibility of researching the site and extracting knowledge from it,” Eskosido said. “Disconnecting the finds from their context harms the history of all of us, and permanently removes priceless information from the eyes of researchers and the public.”

It is far from the first time that looted artifacts have been found in private homes in Israel.

The IAA Antiquities Theft Prevention Unit led an extensive operation to stop the ongoing illegal trade of archaeological artifacts around the country. By September, officials had arrested 35 suspects and recovered more than 60,000 artifacts, reported The Jerusalem Post.

One of those suspects was a 70-year-old former antiquities dealer based in northern Israel who is suspected of trading in antiquities without a license and smuggling antiquities abroad.

In his home, Israeli authorities found around 270 artifacts, including coins, decorated toga pins, earrings, rings and figurines of animals and idols. The authorities believed the artifacts were looted from tombs that had previously been sealed for thousands of years.

“Hundreds of ancient finds reach the antiquities trade market as a result of illegal excavations at antiquities sites throughout the State of Israel. The time has come to act to ban the trade in antiquities in Israel, similar to all the countries of the Mediterranean Sea,” said Robbery Prevention Unit Director Amir Ganor at the time.