Naftali Bennett, the leader of the right-wing Yamina party, made a clear declaration in a radio interview on Wednesday that he would never join a government under the leadership of Yair Lapid as prime minister, because he will never join a “leftist” government.

When told by the Reshet Bet radio host that Yair Lapid denies being a leftist, Bennett quipped, “He can also claim to be a kangaroo.”

Bennett’s declaration has made one thing crystal clear to Israeli voters: Lapid will not be the next prime minister of the State of Israel. And for those who believe that we need a change in executive leadership, a vote for Lapid is not the best way to achieve that.

Yair Lapid has never been the best option for Christian minorities in Israel. Although he tries to present himself as a centrist, broad-minded candidate, his actions show that he cares little about civil rights or freedom of religion in Israel.

Lapid founded his party, Yesh Atid, in 2012. At the time, I was leading the Jerusalem Institute of Justice (JIJ), an organization dedicated to combatting religious discrimination in Israel. We were still in the wake of a terror attack in which Ami Ortiz, the son of an Israeli Christian pastor, was severely injured by a pipe-bomb deployed by Jack Teitel, a self-proclaimed “anti-missionary” radical. Teitel was still on trial at that time. Much of the work of JIJ during those years focused on protecting Christian minorities in Israel from such harassment.

While Lapid was ratcheting up his campaign in 2012, presenting himself as a social justice activist, I approached him through a mutual friend and asked to meet, to see if there may be some room for collaboration between us. Lapid’s answer to me at that time was, and I quote, “Please tell Calev Myers that I will not meet him and will never collaborate with him, because he represents Christian minorities and I already have enough troubles from the ultra-religious.”

So much for being Mr. Social Justice.

In light of my unpleasant experience with Lapid, I was not the least bit surprised when he stated in October 2020 that he would support the legislative initiative of ultra-Orthodox Knesset Member Moshe Gafni to deny Christian houses of worship the tax benefits granted to those of all other religious streams in Israel, under Section 46 of the Israel Tax Ordinance.

Apparently, the apple does not fall far from the tree. Yair Lapid’s father, Tommy Lapid (of blessed memory), shouted once at several Israeli pastors on the TV talk show “Popolitica” and compared them to Nazis.

“It is not enough that you tried to exterminate us in Europe, you come here and do not let us live,” he railed against them on the show.

Today, there are roughly 200,000 Israeli voters, widely categorized as Christian minorities, including Christian Arabs, Arameans, Messianic Jews and Christian descendants of Jews from the former Soviet Union. With every single mandate making a critical difference in the upcoming elections, it will be interesting to see if and to what extent potential candidates reach out to Israeli Christian communities.

It is interesting to note that Gideon Sa'ar, founder of the New Hope party, was appointed as Minister of Interior in 2012, exactly the same year that I received the cold shoulder (perhaps, more of a slap in the face) from Lapid. During his term as Interior Minister, Sa'ar made the decision to recognize the Aramean community as a unique religious community in Israel, granting them the right to be registered as such in their identity papers and in the system of the population registry. The Arameans are a unique Christian community with deep roots in the Middle East (they still read scripture in Aramaic, the language spoken by Jesus), which is very supportive of the State of Israel and largely Zionistic.

Perhaps, after Bennet’s declaration on the radio today, Christian minorities should be happy that Sa’ar, unlike Lapid, actually has a chance of becoming Israel’s next prime minister. 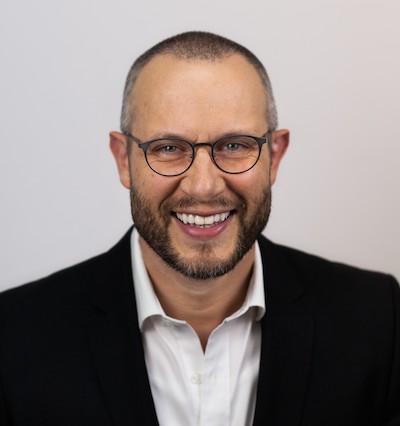