JERUSALEM—The members of the 36th Knesset took the traditional photo at the President's House with outgoing President Reuven Rivlin in the center and Prime Minister Naftali Bennett and alternate-Prime Minister Yair Lapid at his side.

And now they are off to work.

Incoming Interior Minister Ayelet Shaked said after the photo op that the new ministers were on their way to their respective offices.

The new government has slimmed down from the previous one which was the largest in Israeli history with 35 ministers and the potential to expand to 36 after the COVID pandemic.

This is the first government since 2015 that does not include an ultra-Orthodox party.

And it is the first government that does include an Arab party called Ra'am, from the Islamic Movement.

At noon, former Prime Minister Benjamin Netanyahu was to begin handing over his office to Bennett, but the usual ceremony was not to take place, according to the Prime Minister's Office. 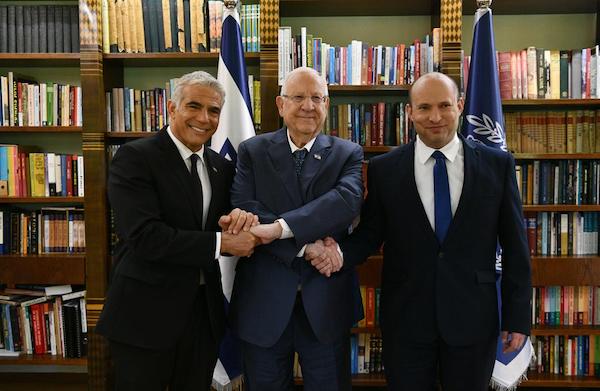