Pegasus is an advanced spyware product that was developed by the Israeli spyware company NSO Group and has reportedly been used worldwide by various government agencies to track and hack into the phones of its targets.

The allegations were reported by a group of news outlets last week.

“Israel is investigating the matter with the utmost seriousness,” Gantz said in his meeting with Defense Minister Florence Parly, according to a statement released by Israel’s Defense Ministry. “Israel gives cyber licenses exclusively to countries, and exclusively for dealing with terrorism and crime.”

French government spokesman Gabriel Attal said that Parly planned to “question her counterpart about the knowledge the Israeli government had of the activities of NSO’s clients.”

NSO has so far denied that any of its clients targeted Macron. 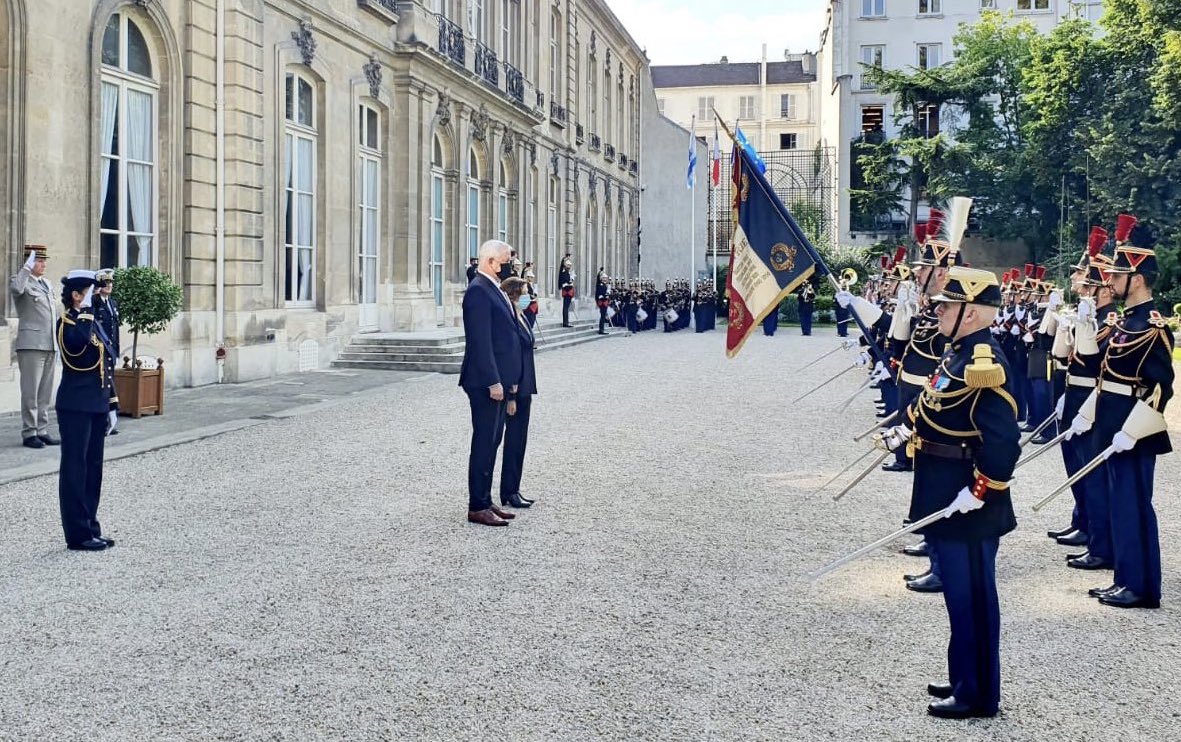 While Gantz's trip was planned in advance of the Pegasus controversy, France was eager for answers.

“Victims of Pegasus spyware should not only point the finger at the countries that targeted them,” the French paper, Le Monde, wrote in an editorial. “Their complaints should also be addressed to Israeli authorities, who validated the contracts concluded by the NSO Group.”

Pegasus, which is capable of harvesting data from phones by switching on its camera or microphone, has emerged at the center of an international spy scandal after a list of some 50,000 potential surveillance targets was leaked to human rights groups, including Amnesty International. NSO Group, which is located in Herzliya, near Tel Aviv, has been accused of selling spyware to several regimes, including Saudi Arabia, Morocco, the United Arab Emirates, Bahrain and Kazakhstan, as well as to the governments of Mexico, Hungary and India.

Israel’s Defense Ministry established a task force to review NSO Group’s business activities and said that if it discovers that the company violated the ministry’s export license terms, it would “take appropriate action.”

In recent years, the Jewish state has emerged as a leading exporter of military technology. In 2020, Israel’s military export reached $8.3 billion, an increase of 15% compared to 2019, despite the pandemic. The majority of those exports go to Asia and the Pacific region with India being the largest single market for Israeli military technology.

Meanwhile, Israel’s Diaspora Affairs Minister Nachman Shai said on Saturday that the NSO spyware scandal is highly damaging to the Jewish state in terms of international image and support.

Speaking to Israel's Channel 12, Shai said that Israel’s high-tech industry is admired worldwide “but it turns out that a kind of rogue program has penetrated Israeli high-tech.”

“We have to make certain that entities [such as NSO] are not able to play in the international game because they directly harm Israeli diplomatic interests and cause harm among those parts of the Jewish public that admire Israel because of its high-tech,” Shai stated.

The spyware scandal also undermines the new Israeli government’s efforts to improve its ties with liberal American Jewry. The scandal indirectly links the State of Israel to some repressive regimes with little or no regard for fundamental human rights.

An informed source reportedly told the news agency AFP on Wednesday that Novalpina Capital, the London-based equity company that bought NSO Group in 2019, is being dissolved following a dispute between its co-founders.