The Israel Antiquities Authority and Tel Aviv University shared in the discovery of the ivory plaques, in the ruins of a palatial building during excavations at the Givati Parking Lot in the Jerusalem Walls National Park’s City of David.

The palatial building is dated between the eighth and seventh centuries B.C., when Jerusalem was at the height of its power. The ivory items are believed to have been part of the wooden furniture used by the building’s residents, who might have been people in powerful positions, such as high government officials or priests.

The find is highly significant, because, until now, decorated ivories have never been found in Jerusalem but they indicate just how important Jerusalem was in ancient times.

Decorated ivories are among the most sensational archaeological finds, because they are so rare. Microscopic testing by Harel Shohat of the University of Haifa showed they were made from elephant tusks. 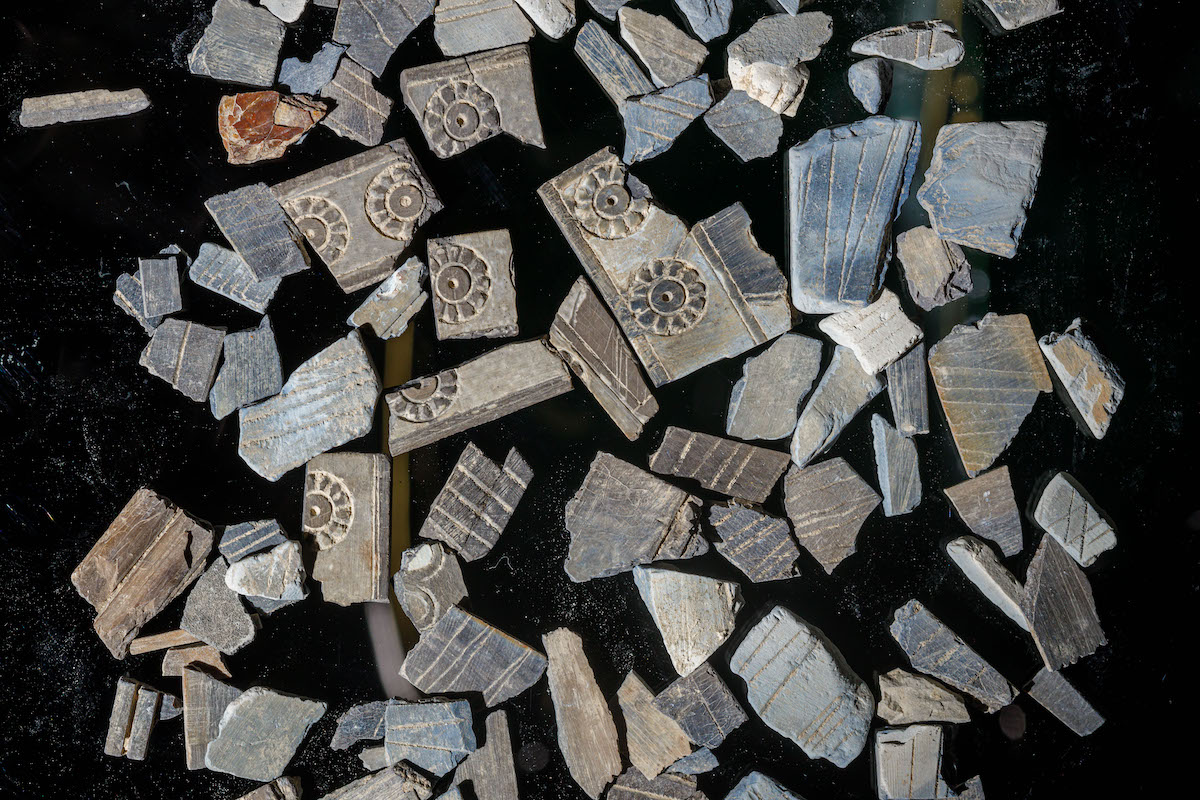 Some of the ivories discovered in the assemblage, which contains no fewer than 1,500 fragments. (Photo: Eliyahu Yanai/City of David)

“To date, we only knew of decorated ivories from the capitals of the great kingdoms in the First Temple Period, such as Nimrud, the capital of Assyria; or Samaria, the capital of the Israelite kingdom,”  stated the excavation directors, Professor Yuval Gadot of Tel Aviv University’s Department of Archaeology and Near Eastern Cultures and the Israel Antiquities Authority’s Dr. Yiftah Shalev.

“Now, for the first time, Jerusalem joins these capitals. We were already aware of Jerusalem’s importance and centrality in the region in the First Temple Period, but the new finds illustrate how important it was and places it in the same league as the capitals of Assyria and Israel. The discovery of the ivories is a step forward in understanding the political and economic status of the city as part of global administration and economy,” Gadot and Shalev stated.

According to the researchers, the ivory plaques were found in 1,500 fragments, having been smashed and burned during a fire that destroyed the building they were found in, apparently during Babylon’s destruction of Jerusalem in 586 B.C. Restoring them took enormous effort and is perceived as a significant achievement.

“At the end of the process of joining and ‘fusing’ hundreds of the fragments, we were able to understand that the assemblage includes remnants of at least 12 small square plaques –  about 5 cm by 5 cm, at most 0.5 cm thick – which were originally inlaid in wooden furnishings,” conservator Orna Cohen and the IAA’s Ilan Naor said. 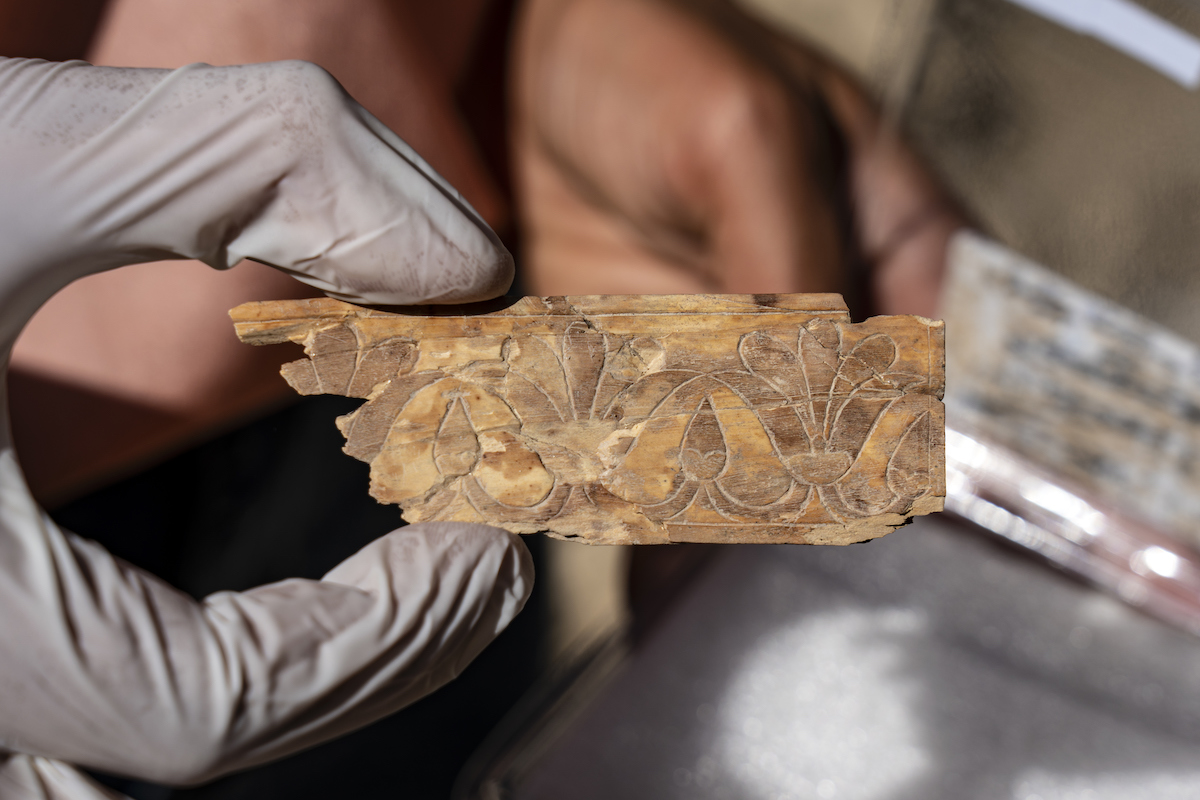 Alongside the plaque pieces, excavators found a seal made of agate with an impression that carried the name “Natan-Melech servant of the king” and jars that held vanilla-spiced wine, decorated stone items and wooden objects, which apparently were part of other large wooden furnishings.

Working with ivory requires great skill, two of the professors involved in the excavations explained.

“The prestige of ivory is also associated with the great skill required to work with it and create decorations,” Gadot and Shalev said. “The assemblage of ivory discovered in the City of David was probably imported, and originally made by artisans from Assyria. The ivories may have come to Jerusalem as a gift from Assyria to Jerusalem’s nobility.”

“Following a comparison with complete objects that appear on wall plaques from the palace of the Assyrian King Sennacherib at Nineveh, we suggest that the ivory plaques from Jerusalem were originally inlaid in a couch-throne, and we may imagine that it had been situated on the second floor of the opulent structure,” they said.

The discoveries are a window into the lives of the elites of Jerusalem at the time and more proof of Jerusalem’s historical importance.

“The excavations in the City of David never stop surprising us. This time, with the help of the delicate and inspiring work of conservators and researchers, we have been given a glimpse into the daily life of the people who lived here thousands of years ago,” IAA Director Eli Eskosido said.

“These discoveries breathe life into the ancient stones,” he said. “The realization that the material culture of the social elites in Jerusalem in the First Temple Period did not fall short of – and perhaps even exceeded – that of the other ruling centers in the Ancient Near East, demonstrates the status and importance of Jerusalem at that time.”