Prime Minister Benjamin Netanyahu said today he would rather have “friction” with the United States than allow Iran to obtain a nuclear weapon.

“Our greatest threat is the existential threat posed by Iran's efforts to arm itself with nuclear weapons, whether to threaten us directly – with atomic weapons – with the destruction of a small state, or to threaten us with tens of thousands of missiles or a great many missiles backed by a nuclear umbrella,” Netanyahu said today at a ceremony to welcome the new Mossad director, David Barnea. “This is a threat against the continuation of the Zionist enterprise and we must fight this threat relentlessly.”

“I have said these things to my friend of 40 years, Joe Biden, and I told him: ‘With or without an agreement, we will continue to do everything in our power to prevent Iran from arming itself with nuclear weapons.’ Iran is different from the other countries that have nuclear weapons today; therefore, containment is not an option.”

He then exhorted Barnea to “do everything, everything, to ensure that Iran will never arm itself with nuclear weapons.”

Since President Joe Biden took office, the U.S. has reopened talks with Iran to revive the 2015 nuclear deal, which former President Donald Trump pulled out of in 2018.

Meanwhile, Defense Minister Benny Gantz announced that he would be traveling to Washington tonight to meet with U.S. Defense Secretary Lloyd Austin.

In a veiled swipe, he released a statement criticizing Netanyahu’s “defiant rhetoric,” saying that differences should be solved behind the scenes.

“The United States was and will continue to be Israel’s most important ally in maintaining its security and security superiority in the region. Israel has and will have no better partner than the U.S.,” Gantz said. “Even if there are disagreements, they will be solved behind closed doors and not with defiant rhetoric that could harm Israel’s security.”

Gantz will discuss the Iranian issue as well as the recent fighting between Israel and Hamas and arms assistance to the IDF, according to a statement from his office.

Netanyahu’s remarks came the day after the UN nuclear watchdog voiced concern that Iran had not clarified queries over possible undeclared nuclear activity, adding that its enriched uranium stockpile was 16 times the limit set out in the 2015 accord.

In Israel during a visit, Republican Sen. Lindsey Graham of South Carolina said Israel will ask America for $1 billion in emergency funds – which could be the purpose of Gantz’s visit. Israel needs to restock interceptors for the Iron Dome following an extensive defensive campaign – 4,300 rockets were fired at Israel – during the 11-days conflict with the Gaza-ruling Hamas terror group.

Netanyahu welcomed the senator to his office on Monday.

“No one has done more for Israel than you, Sen. Lindsey Graham, a stalwart champion of our alliance and we have no better friend. I want to thank you for everything you’ve been doing over the years on our defenses, our security, on Iran. You've been a tremendous friend and a tremendous ally.” 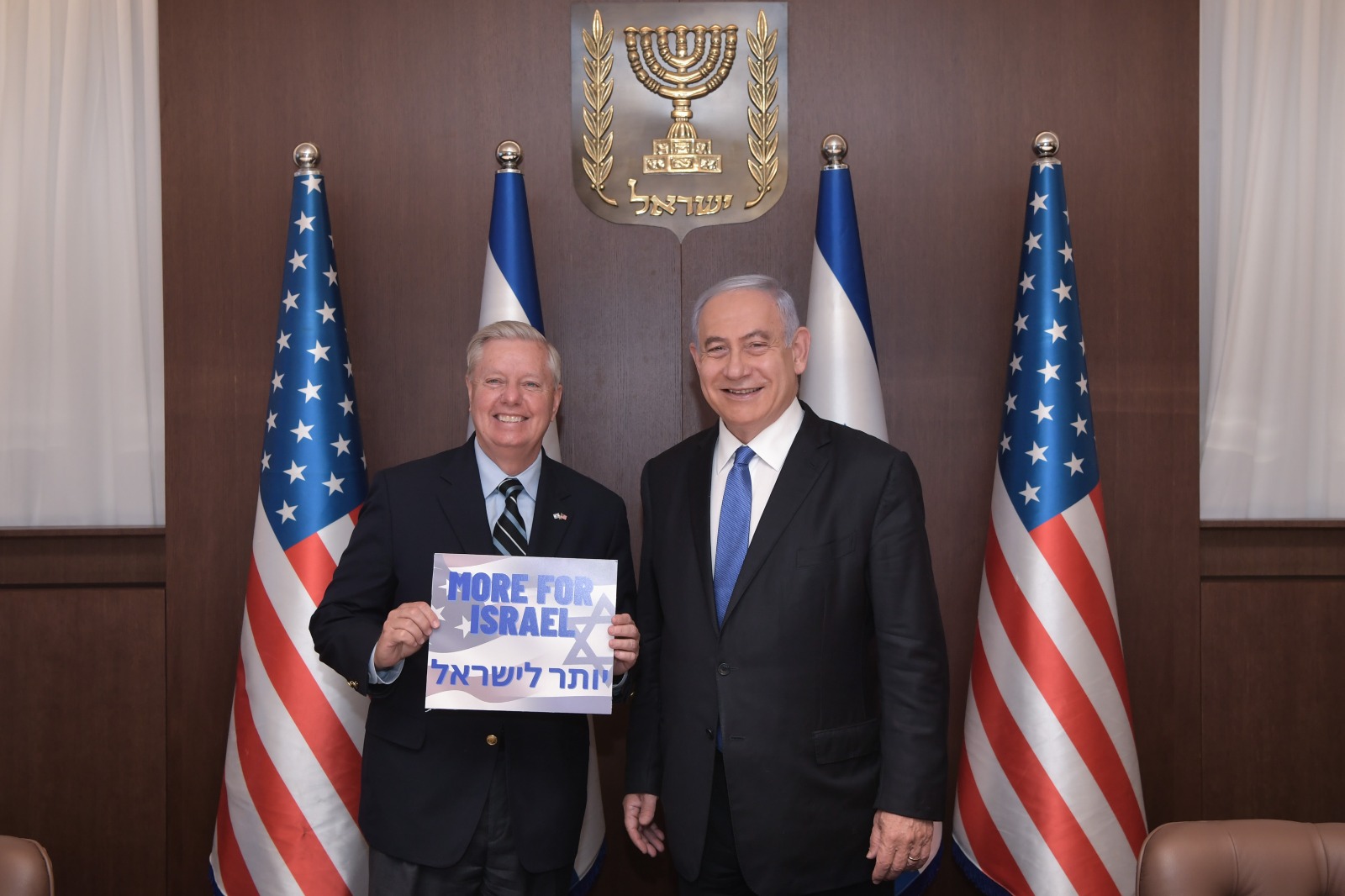