The United Arab Emirates and Israel will be cooperating on a joint mission to get to the moon by 2024.

The two countries signed a space exploration agreement yesterday as part of deepening relations since the signing of the historic Abraham Accords in September 2020.

The space mission, Beresheet 2, will be Israel’s second attempt to land a spacecraft on the surface of the moon. Beresheet 1, initiated by the private Israeli organization SpaceIL, was in the process of landing on the moon in April 2019 when it ultimately crashed.

Shimon Sarid, CEO of SpaceIL, said this time Israel is “going to make it.”

“If we combine the capabilities of the Israeli side and the Emirati side we can do a very interesting and successful mission,” he said.

Despite the crash, Beresheet 1 placed the tiny Jewish state in the company of very few world powers that had successfully launched a spacecraft into orbit close to the moon. 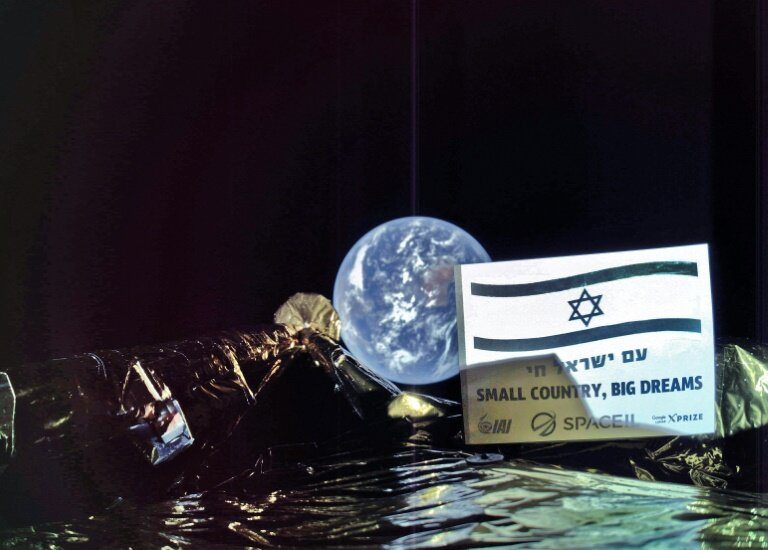 A handout picture released by SpaceIL and Israel Aerospace Industries (IAI) on March 5, 2019, shows a picture taken by the camera of the Beresheet spacecraft

With the UAE-Israeli agreement signed on Wednesday, Israeli and Emirati students will jointly design a satellite that will be attached to the new spacecraft. The satellite will facilitate the process of determining the exact time of the new moon. Unlike the Gregorian calendar, both Islamic and Jewish calendars are lunar-based. As a result, the cycle of the moon determines major Muslim and Jewish holidays.

The Beresheet 2 mission aims to make history by simultaneously landing two of the smallest spacecraft ever launched into space. Each landing craft weighs merely 120 kilograms (265 pounds) with fuel constituting half of its total weight. One of the two space landers are expected to land on the far side of the moon, something that only China has achieved so far. It has not yet been disclosed where on the moon the second spacecraft will land.

Another project in the agreement will be an attempt to orbit Venus.

Israel and the UAE are considered to have the most advanced space industries in the Middle East. In February, the UAE became the first Arab country to reach Mars when the country successfully launched the unmanned “Hope” spacecraft in the orbit of the red planet. 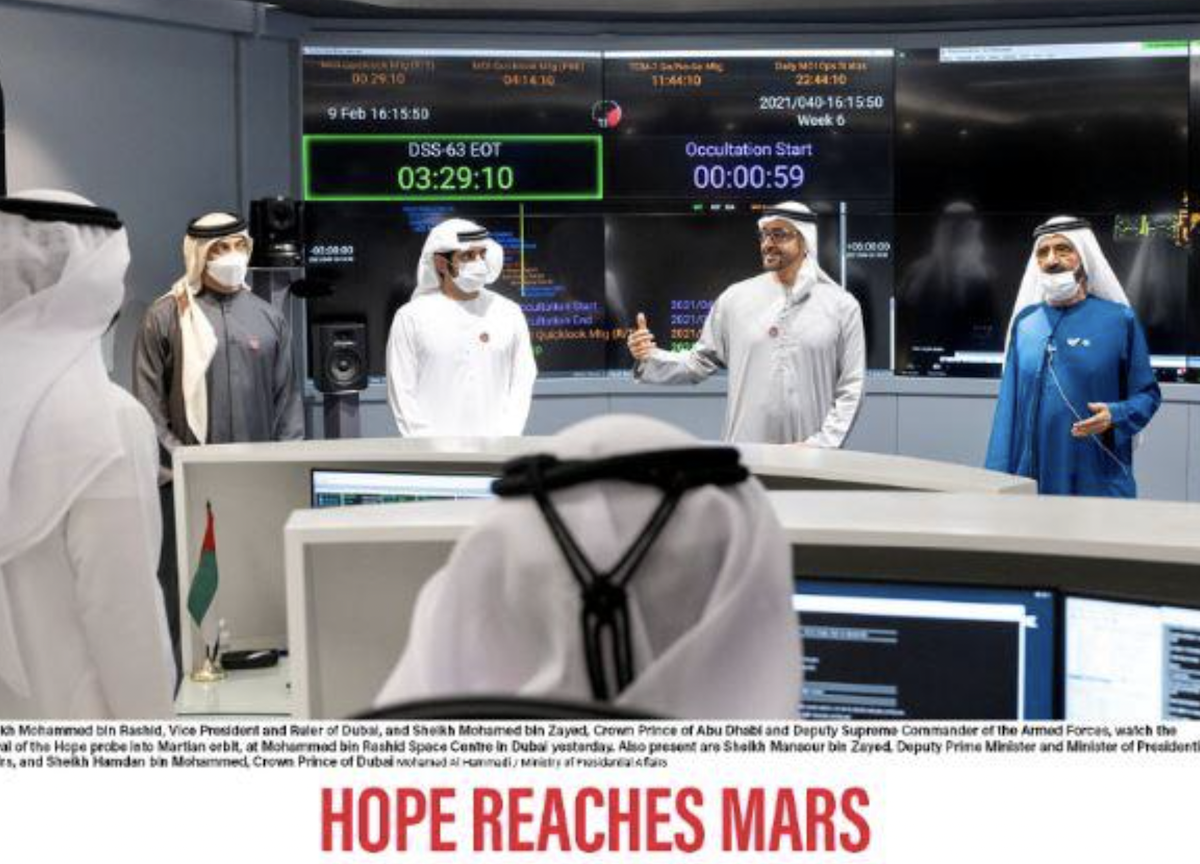 Screenshot of article in The National announcing the space mission to reach Mars, Feb. 10, 2021

“Over the past few months, we have forged a strong relationship with senior UAE officials who seek to establish a deep relationship based on shared values of education, technology and inspiration for the younger generations of the two peoples,” Kahn announced. “We are proud to be the first project to pave the way for further historic moves.”

Speaking at the Global Investment Forum in Dubai this summer, Kahn told the media that his organization would be collaborating with G42, an Abu-Dhabi-based company specializing in artificial intelligence and cloud computing. During the forum, Kahn told the audience that he would welcome a close space cooperation with the United Arab Emirates.

“It would be wonderful if we could develop a space program that would be a combination of Israel and the Arab world. I would welcome it, if it fits in with the program the Emirates have. They have an ambitious program,” Kahn said.

The SpaceIL chairman stressed that such bilateral cooperation would constitute the “pinnacle of my achievement and my involvement in space.”

And now that moment seems to have arrived.

The Beresheet space mission is largely financed privately by Kahn’s non-profit organization SpaceIL with the stated goal of landing a small spacecraft on the moon. Beresheet, which means “in the beginning,” is the first word in the book of Genesis and the Hebrew word for the first book of the Bible.

In December 2020, SpaceIL, announced the launch of the Beresheet 2 space mission, in collaboration with the Israeli Space Agency and the Israel Aerospace Industries. Some $100 million was earmarked for the space project that was expected to take three years to complete.

In just over a year, the UAE and Israel have quickly developed bilateral relations that have resulted in diplomatic and cultural achievements, including joint ventures in the areas of commerce, tourism and science. Former Mossad chief Yossi Cohen, who played an instrumental role in implementing the Emirati-Israeli peace agreement, recently described the progress potential for Emirati-Israeli cooperation as “endless.”

Speaking in Abu Dhabi at the Beyond Business conference, Cohen praised the potential of both countries, stressing that Israelis and Emiratis “have the brains, the guts… by all aspects we are just warming up.”