The Israeli soccer club Maccabi Haifa made sports history on Tuesday for beating the top Italian team Juventus, 2-0, in the Champions League at the Sammy Ofer Stadium in Haifa.

Israeli player Omer Atzili was Haifa’s shining star of the evening, scoring for Israel only seven minutes into the game, after collecting a pass from his France-born teammate Pierre Cornud.

The Italian team was unsuccessful in trying to equalize the score. Atzili eventually also scored the second goal of the game at the end of the first half.

“At the start, we didn’t believe that we could do anything big [in the group stage] – maybe take a couple of points – but now that we snatched three points, we are all believing that anything is possible,” Atzili said. “There is nothing like playing at Sammy Ofer Stadium with our fans. Sometimes when you go to bed and close your eyes you think of moments like this.” 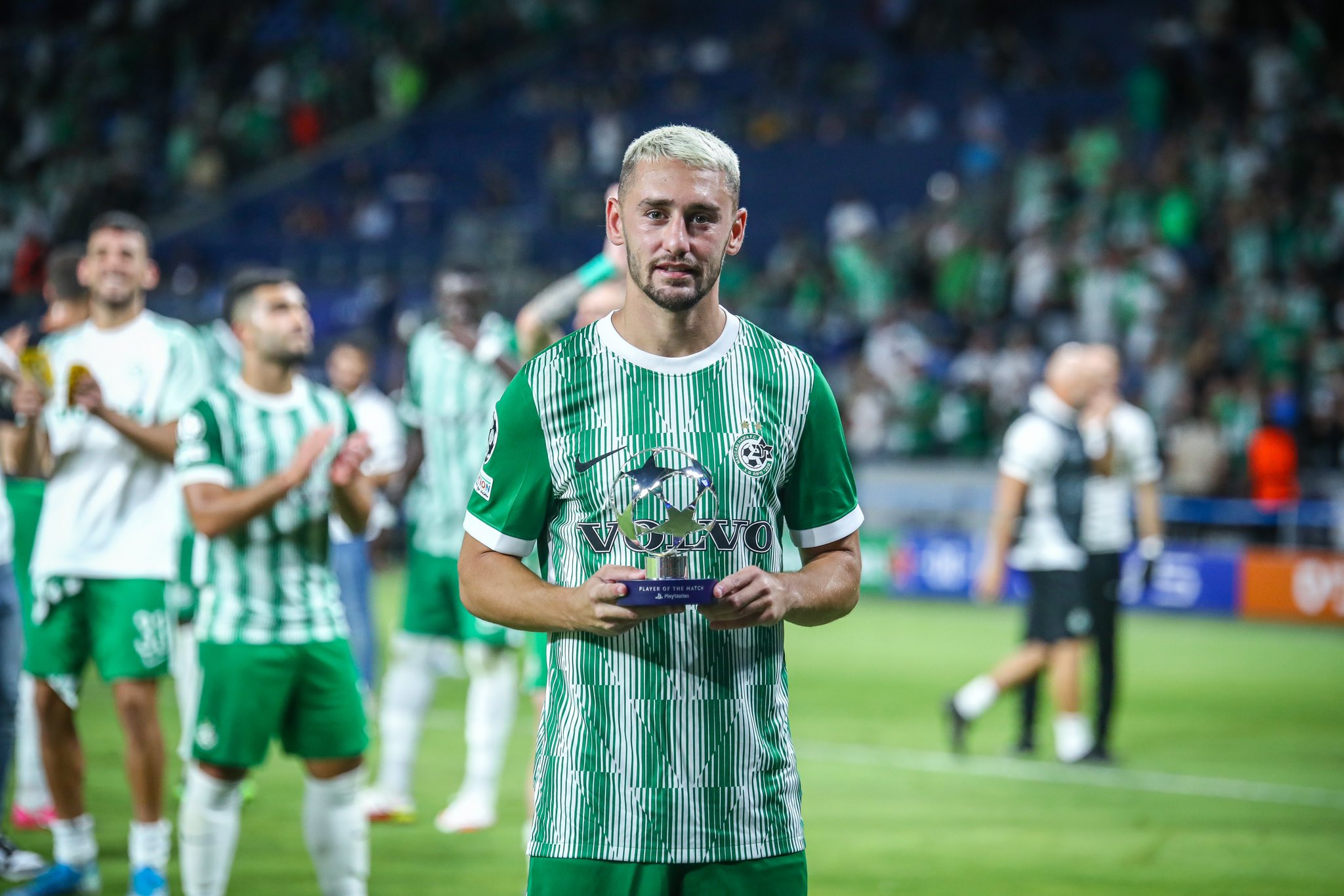 “We lost in the Israeli league to newly promoted [soccer club Maccabi] Bnei Raina, but won here against Juventus. We are still disappointed by the league losses and it’s sitting in our minds. But we came into this game to play our game on our field,” Bakhar said. “We wanted to win, but we also knew we were playing a very high-quality team. But when you do things right for 90 minutes, that is what wins the game and we also have quality.”

“I knew we could make the switch from the league to a game like this,” the coach said. “There was motivation right from the start of our preparations, but we need to be able to make those switches easier. Right now, we have 24 hours to change our mindset and begin getting ready for Hadera [a rival Israeli team].”

Maccabi Haifa star Atzili admitted that the Israeli team’s initial ambitions in the Champions League were modest but he has renewed hopes for what might be next.

“If I can score in the Israeli league, I can score here, as well. Now we must think about the next match,” Atzili said.

Haifa’s victory against Juventus might open the way for the Israeli team to secure a third-place position in Group H of the prestigious European soccer tournament.

“The battle for third place is wide open,” Bakhar said. “It won’t be easy to record points in the next couple of games, but anything is possible and this team can do anything. According to the table, third place is realistic. Of course, we know that our two final games will be very difficult, but we have time until we play them as we have two tough Israeli league games first.”

Maccabi Haifa will face Argentinean superstar Lionel Messi and the top French team Paris Saint-Germain in Paris on Oct. 25. The Israeli team will conclude their participation in this year’s Champions League with a final home game against the Portuguese club Benfica on Nov. 2.