The Hashemite Kingdom of Jordan has increased its international efforts to pressure Israel into relinquishing its control over the Temple Mount in Jerusalem. The Jordanian diplomatic blitz campaign comes amid continued religious and political tensions in the region.

As the nominal custodian of the Temple Mount mosques, Jordan has accused Israel of violating the so-called “status quo” on the Temple Mount. However, Israel denies the charges.

Israeli Foreign Minister Yair Lapid recently stressed that the Jewish state was committed to preserving the status quo on the Temple Mount.

“The State of Israel will continue to provide for and safeguard the dignity of all of us, to enable everyone to celebrate in Jerusalem,” said the Israeli premier.

"Jordan is continuing its contacts directly with the Israelis and Washington and other international parties to demand that Israel respects the historic situation that existed before 2000," stated the Jordanian official.

In an effort to reduce tensions during the Muslim fasting month of Ramadan, Israeli authorities recently decided to close off the Temple Mount to Jewish visitors “until further notice.”

Despite the current strained diplomatic ties between Jordan and Israel, Jordan’s Foreign Minister Ayman Safadi recently told Reuters that Israel’s decision to prevent Jews from visiting the Temple Mount was a “good step to respecting the status quo and easing tensions and restoring calm.” 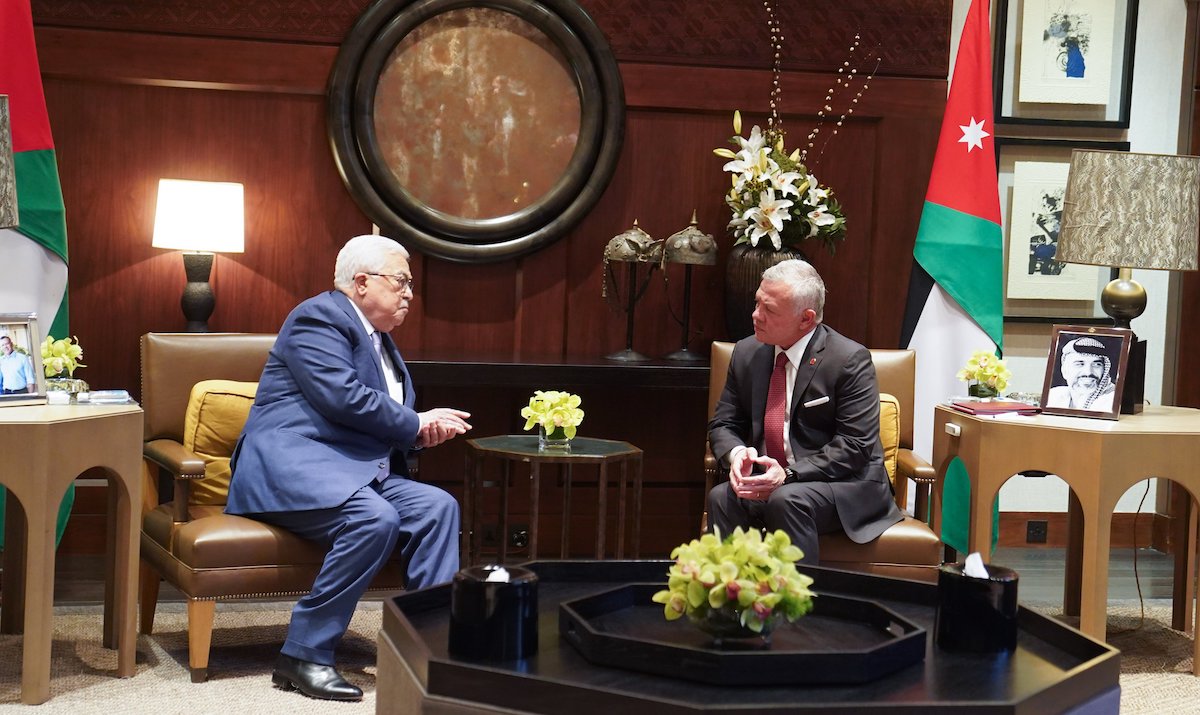 In addition, the Jordanian king urged the international community “to restore calm in the Holy City, and to prevent the recurring attacks against Islamic and Christian holy sites and the people there.”

When Jordan ruled Jerusalem’s Old City, in violation of international law during the period of 1948-1967, Jewish visitors were forbidden, and Christians were heavily restricted from visiting the holy sites there. Freedom of religion in Jerusalem for all three Abrahamic faiths was only restored when the Old City came under Israeli rule in 1967.

Nevertheless, there are efforts behind closed doors to reduce ongoing tensions on the Temple Mount. Ronen Bar, the chief of Israel’s internal security agency, Shin Bet, reportedly met last week with Abbas, according to the Times of Israel.

The purpose of the high-level meeting in Ramallah was to reduce tensions between Israeli forces and Muslim worshippers on the Temple Mount.

Following Israel’s military victory in the Six-Day War on June 10, 1967, Jerusalem’s Old City was reunited with the modern Israeli city outside the ancient city walls. At the time, Israel’s late Defense Minister Moshe Dayan decided that the Temple Mount would not be under Israeli sovereignty. Instead, the Waqf, a separate Muslim authority, would run the daily business of administering the Temple Mount mosques.

Jordan and parts of the Muslim world have increasingly tried to deny the Temple Mount’s pre-Islamic Jewish and Christian history. In addition, radical Muslims have instigated riots from the Temple Mount against the Jewish state, as has been evident in recent weeks.

While the United Nations has a long and well-documented history of bias against the Jewish state, UN Middle East envoy Tor Wennesland appeared to embrace the Israeli version of the recent violence on and around the Temple Mount in his recent address to the UN Security Council.

“On 15 April, during the early morning hours, a large number of Palestinians gathered at the al-Aqsa compound. Some Palestinians threw stones, fireworks and other heavy objects toward Israeli Security Forces, and ISF used stun grenades, sponge-tipped bullets and batons, including against some bystanders,” stated Wennesland.