JERUSALEM — From Jerusalem to Damascus, Middle Easterners enjoyed a rare and substantial snowstorm on Wednesday night which disrupted school and traffic, but also brought a lot of fun for children some of whom have never seen snow in their lives.

In Israel and across the West Bank, children headed outside to play in the rare and magical snowfall. Even Mitzpe Ramon in the South got a dusting of snow as temperatures dropped to freezing around the country. 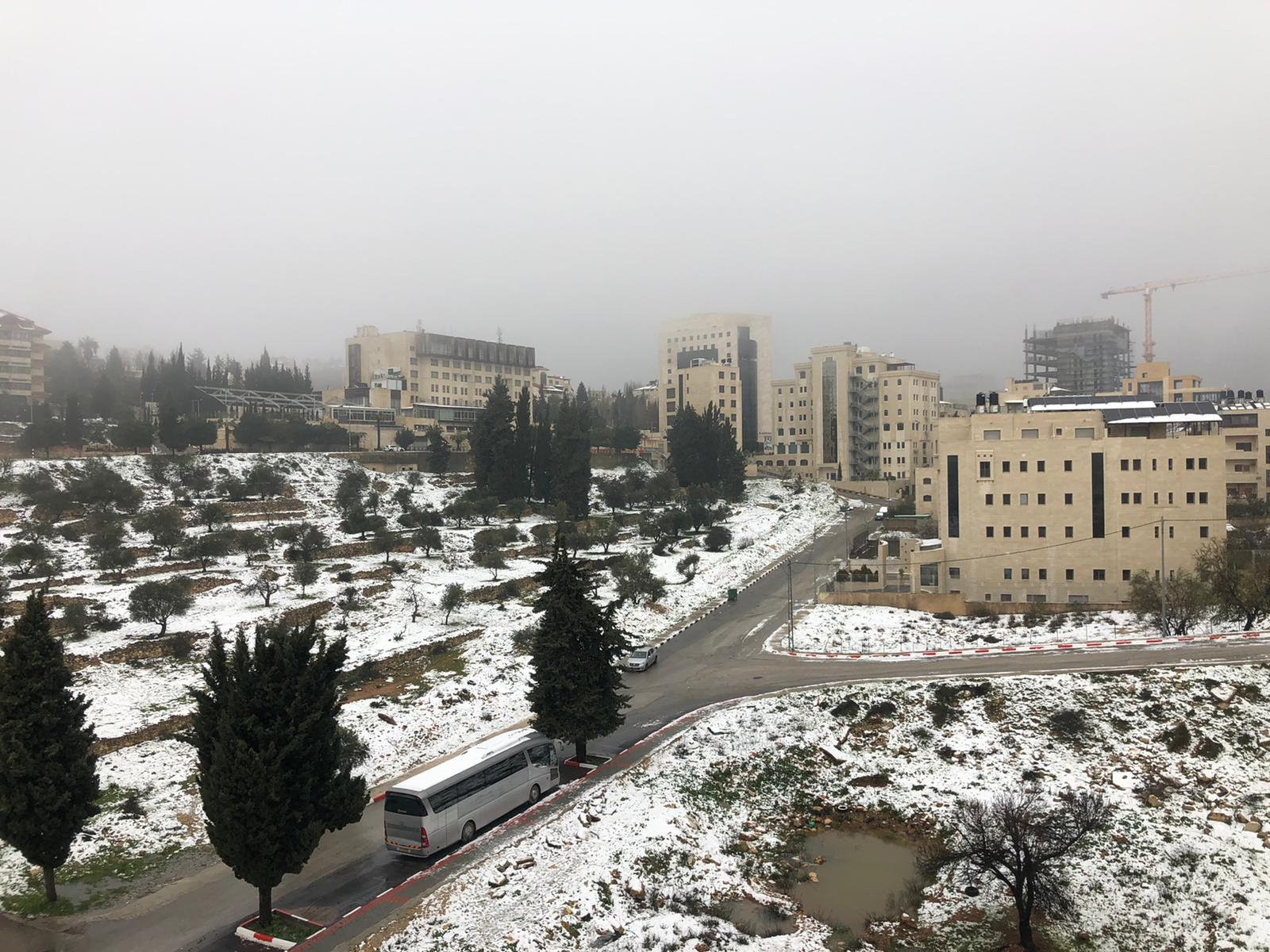 Snow in the West Bank city of Ramallah (Photo: All Israel News)

Israeli news programs and social media accounts were flooded with children across the country building snowmen and throwing snowballs at each other. For some, it was their first memory of snow.

This was Israel’s first major storm since 2013 when a massive blizzard dumped a foot of snow and caused power outages around the country. The snow froze over causing school cancellations and more for almost a week. 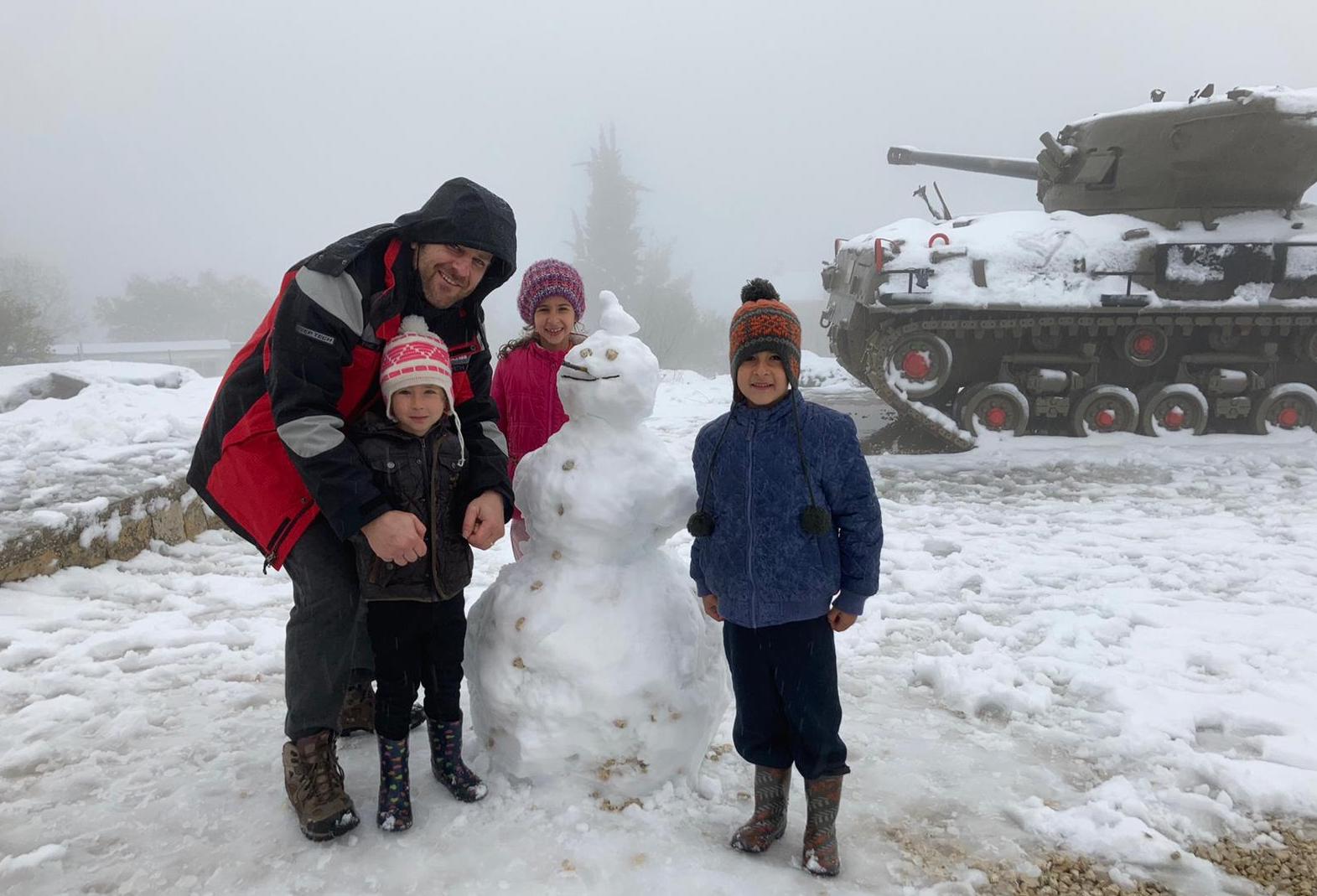 Building a snowman outside of Jerusalem (Photo: All Israel News)

Today, some schools around Israel canceled classes while others delayed their starting time to allow for safer travel. Much of the education system is still shut down from the country’s third lockdown due to COVID.

The weather front brought rain, sleet, hail and snow throughout the region from early Wednesday morning and will last through Friday, primarily as rain as temperatures begin to rise.

An added benefit of this storm was that the Sea of Galilee, known as the Kinneret in Israel, rose another 3 inches in one day. The lake is close to being full after years of drought that brought down the level.

As snow turned to slush, students abandoned their snowmen and headed to school in many cities. 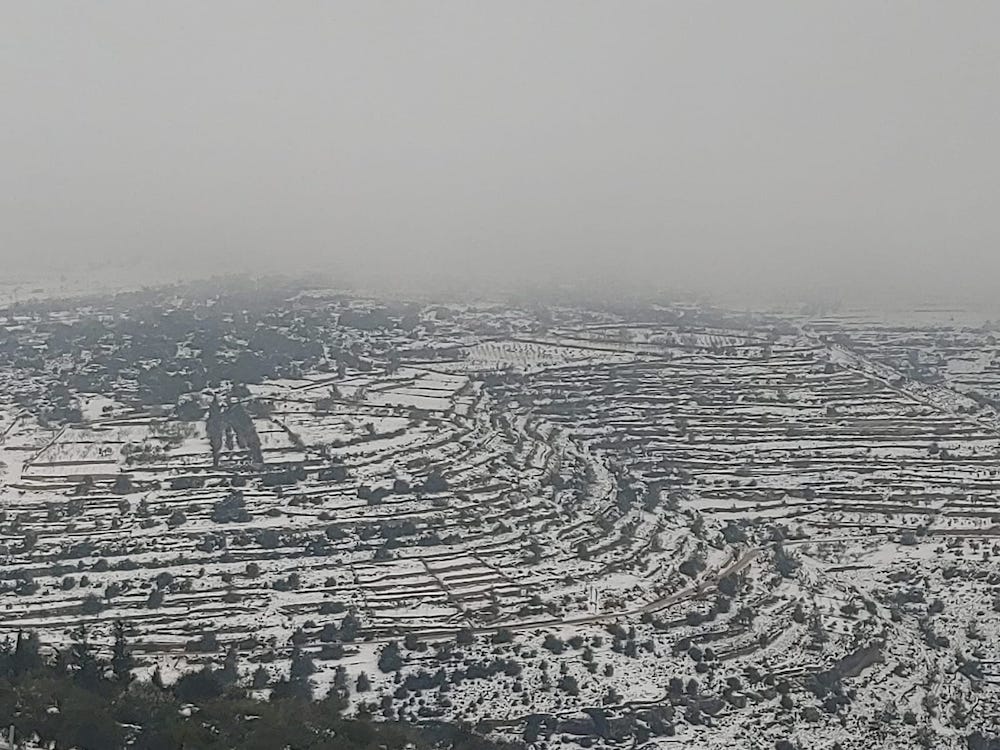 Judean Hills outside of Jerusalem (Photo: All Israel News)