More than 100 former Israeli intelligence soldiers have signed a petition demanding that the army reveal classified information that would prove that the Israel Defense Forces “is the most moral army in the world.”

Israel’s Channel 12 news reported that soldiers who served in Unit 8200 – the Israeli equivalent of the NSA – maintain that declassifying specific information would “prove that the IDF is the most moral army in the world.”

“We understood, we are the only ones who know and who can show this,” one of the petition's signers told Channel 12. “The public and the journalists don’t have access to this information. We are the ones who know the truth, and we want to present it to the world. If we don’t tell the truth, we are exposed to lies, and no one except us has the proof to refute them.”

Unit 8200 is an intelligence branch of the IDF and is responsible for collecting signal intelligence and code decryption. In the last war with Gaza – called Operation Guardian of the Walls by Israel – Unit 8200 was instrumental in gathering the “bank of targets” that the Israeli Air Force (IAF) used in its precision attacks against Hamas and other terrorist operatives.

During Operation Guardian of the Walls, the IAF attacked thousands of targets throughout the Gaza Strip. Each target was carefully chosen by the IAF in close cooperation with military intelligence, including the Unit 8200. After the attacks, and the casualties that ensued, the international media voiced criticism, implying that Israel was “trigger happy.”

“We noticed a sea of ignorance in the international arena, even among those who are not anti-Semitic, but just ill-informed,” one of the 8200 graduates told the Channel 12 reporter.

The soldiers sent the petition to the head of Israel’s military intelligence, Major General Tamir Heiman, and to the head of Unit 8200, demanding the military release classified information which would show the world how the unit gathers its targets and the consideration it gives to morality.

The unit has meticulously built a target bank over the past seven years, using the most sophisticated systems in the world, while taking extreme caution to avoid civilian deaths. And yet, the opposite was reported.

“From our deep knowledge with the Israeli intelligence community and its many departments, and particularly the way the IDF gathers targets for military operations, we can testify that the people working here are perpetually committed to avoid and minimize injuries of the health and privacy of the uninvolved and innocents,” the petition said. “We can witness, with full confidence, that the people in the community, both the regulars and the reservists, do everything in their might to give professional and exact intelligence with surgical precision through the use of advanced technological tools paired with robust and thorough work flows.”

The petition's creator said it was “important for us to expose the tactical guidelines. The whole system of gathering targets is based on a software using artificial intelligence which identifies possible targets.” 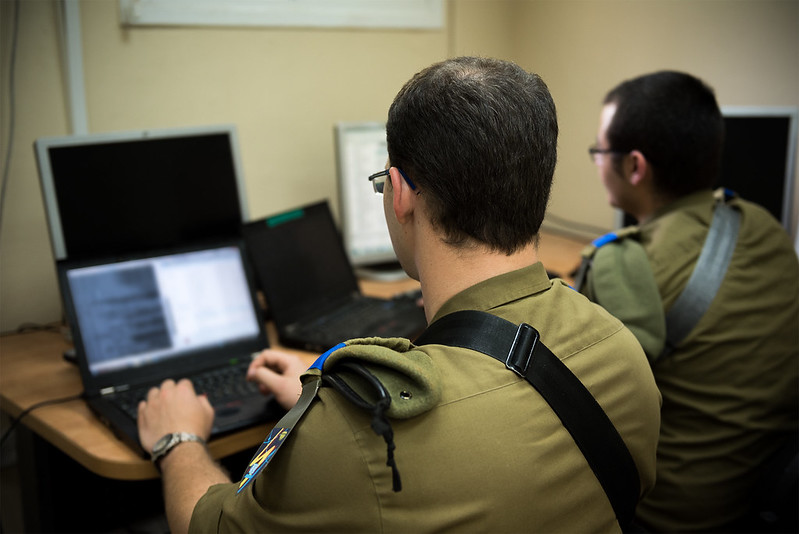 “For any other army, that would be enough, but not for the IDF. With us, each target has to be cross-examined by at least another reliable source, often human intelligence. Not even one of the targets were incriminated by just one source,” he told Channel 12.

A veteran of the 8200, who is also a Messianic believer, told ALL ISRAEL NEWS he regrets that he wasn’t contacted regarding the petition.

“I would gladly have signed this,” he said. “This is exactly how I felt when I served in 8200. The difference between what we actually did and what the foreign press accused us of is like heaven and earth. The world accused us of being ‘quick on the trigger’ when, in fact, I know of multiple operations that were delayed multiple times, just because not all sources were 100% certain. I served back in 2004, before the disengagement. It was a lot of manual work, going through the sources one by one. I am not surprised that they use artificial intelligence and algorithms for it now.”

The veteran told us that financial and intelligence resources are invested in order to avoid both Israeli and Palestinian deaths.

”Without this, many more Palestinians would’ve been killed,” he said. “I recognize the frustration these 8200 graduates feel. I remember it as well – hearing the lies being spread (in the media) and not being able to refute them or prove them wrong without ‘blowing my cover’ so to speak. I knew the lengths to which Israel went to avoid civilian casualties, but I couldn’t tell anyone.”

At the time, the former soldier asked permission to share this with Evangelical supporters of Israel, but was denied.

This latest confrontation between Israel and Hamas has been hailed as “the world’s first AI war,” with Israel using advanced algorithms, machine learning, satellites and other methods to extract reliable intelligence and gather the precise coordinates that enabled the army to hit in five days what took 50 days in 2014.

Some examples included detecting 14 rocket launchers that were located next to a school; the targeted assassinations of more than 150 Hamas and Islamic Jihad operatives and another strike that took out a senior Hamas operative with no civilian casualties “despite being in a tunnel under a high-rise building surrounded by six schools and a medical clinic,” The Jerusalem Post reported.

“The AI was a multiplier giving us a significant advantage over the enemy,” one official said.

Israel even mapped Hamas’ underground network-utilizing intelligence, technology and Big Data, the Post reported. This gave the IDF “a full picture of the network both above and below ground with details, such as the depth of the tunnels, their thickness and the nature of the routes. With that, the military was able to construct an attack plan that was used during the operation.”

According to Channel 12, the dynamic software added another 200 new targets in real-time, of which 50% were attacked, including missile launchers aiming at Tel Aviv and Jerusalem.

“One strike, against senior Hamas operative Bassem Issa, was carried out with no civilian casualties despite being in a tunnel under a high-rise building surrounded by six schools and a medical clinic. Issa, a brigade commander for Gaza City, was the highest-ranking military figure in Hamas to be killed by Israel since Operation Protective Edge in 2014,” The Jerusalem Post reported.

Many former soldiers of Unit 8200 have since founded IT companies or established careers in high-tech.