JERUSALEM – On June 2, the 120 members of Israel’s Knesset will vote to choose the country’s next president.

On July 9, Reuven Rivlin will step down and depart the President’s Residence and the new head of state will begin their 7-year term.

At the moment, there are only a few announced candidates.

All of them – except one – are members of the left-wing Labor party or the centrist Blue and White party.

Yehudah Glick is the only candidate from the center-right Likud party.

Given that Likud is the largest party in the parliament (with 30 seats) and that the majority of the Knesset Members are on the center-right of the political spectrum, that gives Glick a real shot at winning.

He is also the only Orthodox Jewish candidate running and, given that religious Jews hold many seats in the Knesset, this too could give him a leg up.

Glick – who was born in Brooklyn, but whose family made aliyah to Israel when he was 9 years old – once served as a Knesset member and has been quietly campaigning for months.

His most serious competitor at the moment appears to be Isaac “Buji” Herzog, the former head of the Labor party who currently serves as the chairman of the Jewish Agency.

ALL ISRAEL NEWS has requested an interview with Herzog and looks forward to interviewing any and all willing candidates about their life story, their vision for the office, as well as how they see Israel’s relationship with the Christian community, both in Israel and around the world. 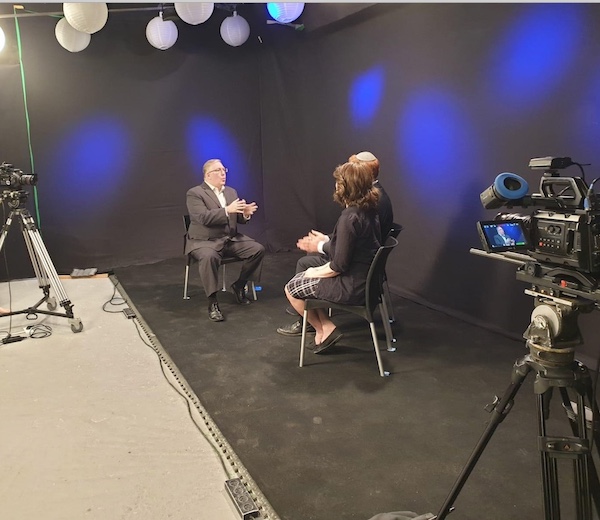 A TARGET OF TERROR

One of the most interesting things to know about Yehudah Glick is that while he is an outspoken supporter of the Abraham Accords and wants to see peace between Israel and the Palestinian people, he also understands first-hand the terrible price of Palestinian terrorism.

On Oct. 29, 2014, as Glick was exiting a building in Jerusalem after giving a speech, a Palestinian extremist drove up on a motorcycle, asked Glick his name and then shot him four times in the chest, calling the Orthodox Jewish leader “an enemy of the al-Aqsa Mosque.”

Glick had long been known as a champion of religious freedom in Israel.

He was also a renowned champion of the right of all people – Jews and Christians, as well Muslims, – to be able to pray on the Temple Mount, the site of the First and Second Jewish temples.

The site, of course, is also the home of the Dome of the Rock and the al-Aqsa Mosque and is revered as the third holiest site in Islam.

Jews and Christians are currently banned from praying at the site (with some occasional exceptions) or even reading a Bible or prayer book there.

There were, therefore, enemies who wanted him silenced.

Tragically, his wife, Yaffa – who was standing near him when he was shot and helped nurse him back to full health – did not.

Though she was not physically injured in the attack, she never recovered from the emotional toll that it took on her.

Already a widow when she married Yehudah, she suffered severe post-traumatic stress disorder and later suffered a massive stroke that left her in a coma for six months.

LESSONS FROM GETTING A SECOND CHANCE IN LIFE

His lovely wife, Hadas – born and raised in the Bnei Brak community of devoutly religious Jews – was herself a widow for 17 years before she met Yehudah. 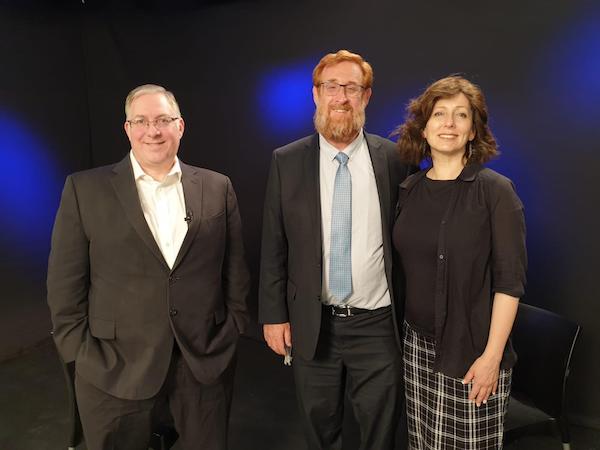 In a 3-part exclusive interview with ALL ISRAEL NEWS, both Yehudah and Hadas spoke to me about what suffering and loss has taught them, about their passion to care for Israel’s widows and orphans and all who feel left out of – or on the margins of – Israeli society, and the urgency to help Israel heal and find unity from its many political, social and religious divisions.

Listening to their story, it became readily apparent that Yehudah believes God has given him a second chance in life.

And Hadas is eager to help her husband be a blessing to his nation and the Jewish people, whether they are religious or not.

Indeed, they see it as a “mission,” one they never expected but feel they are ready for.

PRAYING FOR PEACE, DEALING WITH WAR

We videotaped the interviews on Sunday afternoon in a studio in Jerusalem, discussing the Glicks’ personal stories, why Yehudah wants to be president, how he sees the role of Israel’s head of state, and how he views the president’s role in reaching out to Israeli Arabs and Christians, both in Israel and around the world.

Our conversation, however, occurred one day before the eruption of rioting on the Temple Mount and the Old City and the firing of hundreds of rockets at Israel – including seven aimed at Jerusalem – by Palestinian terrorists in Gaza.

This morning, I asked Yehudah for his perspective on the rioting, rockets and rage we are seeing in the Palestinian Muslim community.

“Religious leaders need to say out loud that violence is not the observance of God’s commandments but is contrary to God’s will,” Glick told me. “There is no room for legitimizing violence, either in overt or covert messages.”

“Whoever put stones into the mosque in order to throw them at others, desecrates the mosque and despises Islam,” he said.

“There should be a clear, unifying statement” from Muslim clerics – and from all religious leaders in the region and around the world – “condemning violence.”

“We must not allow the delicate common fabric of life built here in the decades of the existence of the state to crumble. We need to have zero tolerance for terrorism on the one hand. But we must also do everything not to toss the baby out with the bath water. We must respect our Muslim citizens and neighbors and not think they support such violence.”

“The vast majority of the country’s Jewish and Arab citizens – right and left, religious and secular – want to live a prosperous and peaceful life here.”

“I also call on all of Israel’s allies around the world to unite with us in prayers for a godly peace in our region, especially now as we are going through events which no other independent nation would tolerate.”

Here is the video of part one of our interview – this one is just with me and Yehudah.

Hadas joins us for parts two and three, which we will publish in the coming days.