Israeli President Isaac Herzog participated in the traditional Hakhel re-enactment at the Western Wall in Jerusalem last night in a mass celebration of approximately 50,000 people.

The observance of the Hakhel, rooted in the Book of Deuteronomy, was revived in 1945 by then-Chief Rabbi Isaac HaLevi Herzog (grandfather of current President Isaac Herzog), and is observed every seven years to commemorate the gathering of the Jewish people at the Temple to hear the Torah, the first five books of the Hebrew Bible. In addition, three Torah scrolls were dedicated during the occasion.

During the ceremony, Herzog read from Psalm 122, which speaks of “Jerusalem built up, a city knit together,” as well as the traditional cantillation ("Raise a shout together, O ruins of Jerusalem! For the LORD will comfort His people, will redeem Jerusalem") from Isaiah 52:7-12. 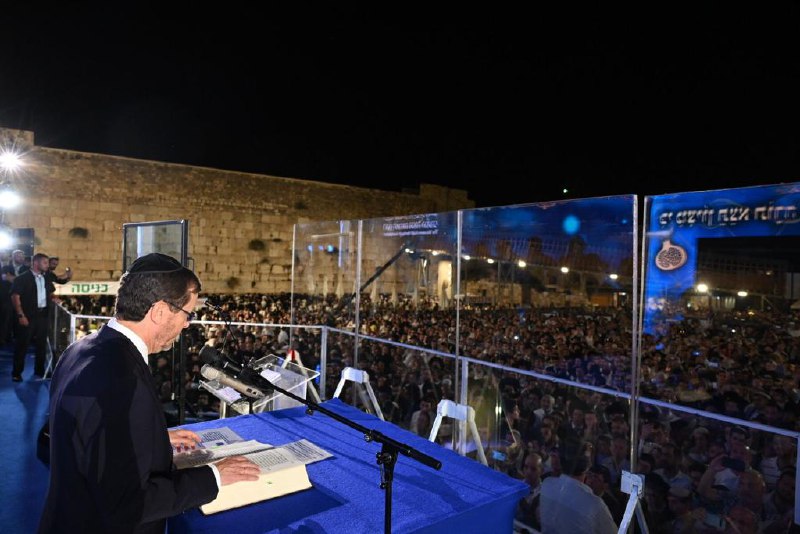 In addition, prayers were lifted for the welfare of the security forces and the Jewish nation in Israel and globally.

“From here I pray that the spirit of this occasion remain before our eyes at all times, as a nation and as a state. May we and the whole house of Israel – together – merit a good and blessed year, and happy holidays,” Herzog said.

The word Hakhel, or assemble, is based on the Bible verses Deut. 31:10-13 which states that "At the end of every seven years, at the time of the year of release, at the Feast of Tabernacles” a gathering of “men, women, children and the stranger that is within your gates" is to take place.

The purpose of gathering is that “they may hear and so learn to revere the Lord your God and to observe faithfully every word of this teaching." According to Jewish tradition, the date of the occasion is to be during the festival of Sukkot. 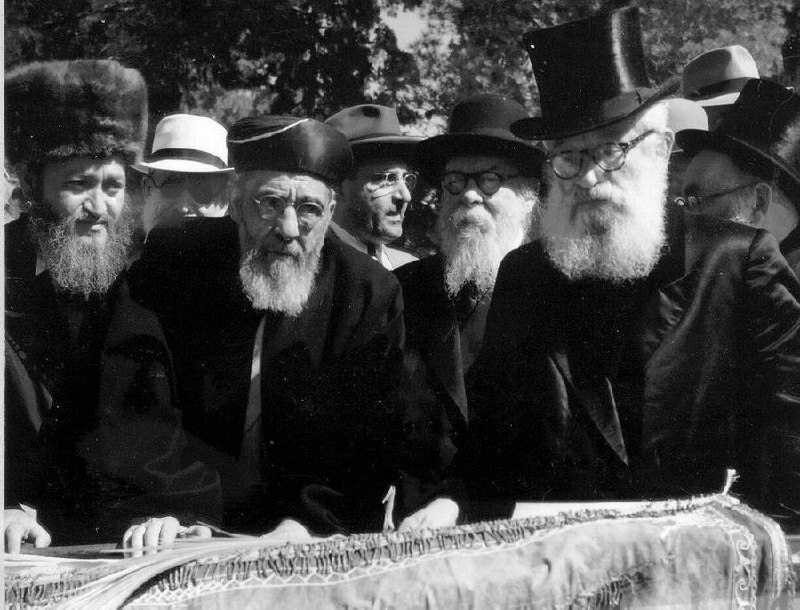 Following the Hakhel ceremony was the daily evening Sukkot celebration Simchat Beit Hashoeivah (“Rejoice at the Place of Water-Drawing”) which included Klezmer music, dance and refreshments. The mass celebration took place at the Hurva Synagogue in the main square of the Old City Jewish Quarter.