It seems the United Nations climate change summit in Glasgow is singularly focused on environmental issues but is not up to speed on inclusion: The summit is not wheelchair accessible.

This was the unfortunate discovery of Israel’s Energy Minister Karine Elharrar who has muscular dystrophy and relies on a wheelchair. Elharrar tried for two hours on Monday to get into the United Nations Climate Change Conference, also known as COP26, until she finally gave up and went back to her hotel.

The problem was rectified by Tuesday. Elharrar was finally able enter the venue and meet with Israeli Prime Minister Naftali Bennett. 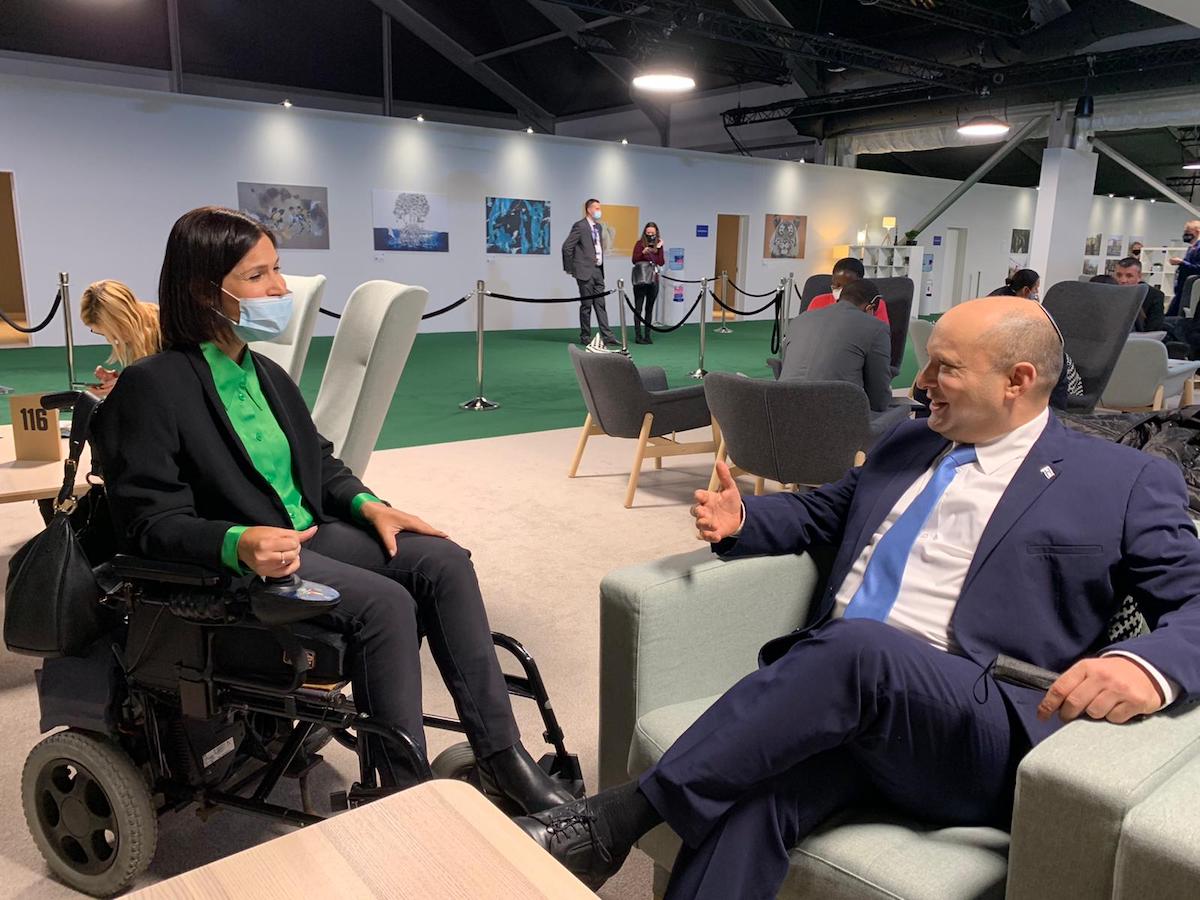 But prior to that, even the shuttle she was asked to take was not wheelchair accessible.

“I went to the international climate conference to promote the joint struggle in the climate crisis through meetings with my counterparts around the world,” she said. “Unfortunately, that was not possible because of accessibility problems that have no justification in the year 2021.”

The UK ambassador to Israel, Neil Wigan, said on Twitter that he was “disturbed to hear that [Elharrar] was unable to attend meetings at COP26. I apologize deeply and sincerely to the Minister. We want a COP Summit that is welcoming and inclusive to everyone.”

The conference website says that “The venue, events and exhibits are wheelchair accessible.”

However, that was clearly not the case.

“The only way they said I could come in was to walk on foot for almost a kilometer, or to board a shuttle which was not wheelchair accessible,” Elharrar told Channel 12 news.

“This is scandalous conduct and it shouldn’t have happened,” she told Ynet. “I came with certain goals, and I couldn’t achieve them today.”

“The UN calls on everyone to adhere to the international treaty,” she said, likely referring to the Convention on the Rights of Persons with Disabilities. “So it is appropriate for there to be accessibility at its events.”

Foreign Minister Yair Lapid, head of the Yesh Atid party of which Elharrar is a member, weighed in from Israel.

“It is impossible to take care of the future, the climate, and sustainability if we don’t first take care of people, accessibility, and people with disabilities,” he said in a statement.