For only the second time in history, an Israeli has won an Olympic gold medal.

Only 24 years old, Artem Dolgopyat – an Israeli male gymnast – won the top prize after his floor exercise on Sunday.

But he was stunned at his accomplishment, telling reporters that he felt he had made too many mistakes in his final routine to win any medal, much less the gold.

“My floor exercise was not the best – in the qualifiers I did better,” he said. “I was very stressed that it would not even be enough for a medal, but everyone [the other finalists] was excited and made mistakes and that was enough for me, and I am very happy.”

A Spanish gymnast won the silver. China won the bronze.

“I’m still in the sky and it’s hard to come down,” Dolgopyat said, thanking supporters in Israel and saying, “I love you all.”

“Born in Dnipro, Ukraine, Dolgopyat moved to Israel with his family when he was 12 years old,” reported the Times of Israel in an excellent and detailed profile worth reading in full. “By that time he had already proved to be a promising young gymnast, after beginning training in Ukraine when he was just six.”

Dolgopyat took awhile to adjust to Israel and struggled at school until he transferred to one that had more Russian-speaking teachers. He always felt at home in the gym though. 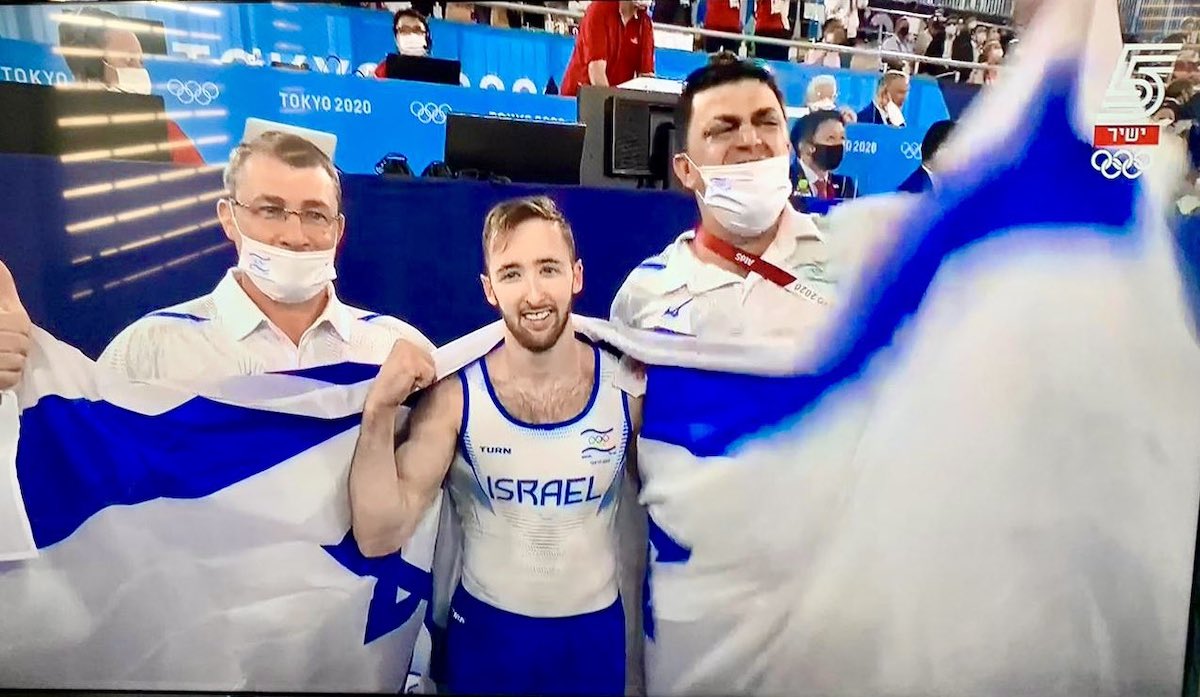 “For me gymnastics was always the most important – it’s what I did all the time and what helped me acclimate to Israel,” he said.

During the weekly Cabinet meeting on Sunday, Prime Minister Naftali Bennett phoned Dolgopyat to congratulate him on behalf of the government and the entire country.

“Thank you, Artem – you have made blue-and-white history,” Bennett said.

The prime minister told the young athlete that his win had given “great pride and excitement to all Israelis.”

It was deeply moving to see and hear Israel’s national anthem – “HaTikva” – playing in the Olympic arena during the medal ceremony.