Israeli Defense Minister Benny Gantz arrived in the United States on Thursday for a short visit amid mixed reports that a nuclear deal with Iran is imminent.

Upon his takeoff from Israel, Gantz tweeted that the aim of his visit was “to convey a clear message regarding the negotiations between world powers and Iran on the nuclear agreement.”

“An agreement that will not push Iran’s capabilities years backwards and will not put limits on it for many years to come is an agreement that will harm global and regional security,” Gantz said. “Iran’s nuclear rush must be significantly scaled back. The financing of its affiliates in the region should be disconnected from the Iranian ‘rial pipeline.’”

According to Israel’s Ministry of Defense,  Gantz met with U.S. Central Command chief Michael Erik Kurilla at CENTCOM’s headquarters in Tampa, Florida, where he received a debrief on CENTCOM’s operations in the Middle East.

According to the ministry, the two defense officials discussed deepening cooperation in light of the shaping nuclear deal. Gantz and Kurilla reportedly also addressed a “Plan B” for dealing with Iran, with or without a nuclear deal.

Israel’s security establishment expects that Iran will funnel billions of dollars to its regional proxies, if a nuclear deal is signed. The Jewish state, therefore, is seeking to strengthen its intelligence-sharing mechanisms with regional allies and the United States in order to thwart terror activity.

Gantz is slated to meet with U.S. National Security Advisor Jake Sullivan in Washington on Friday, before an official visit to Japan on Saturday night. He reportedly will not meet with U.S. Secretary of Defense Lloyd Austin, who will be out of town. 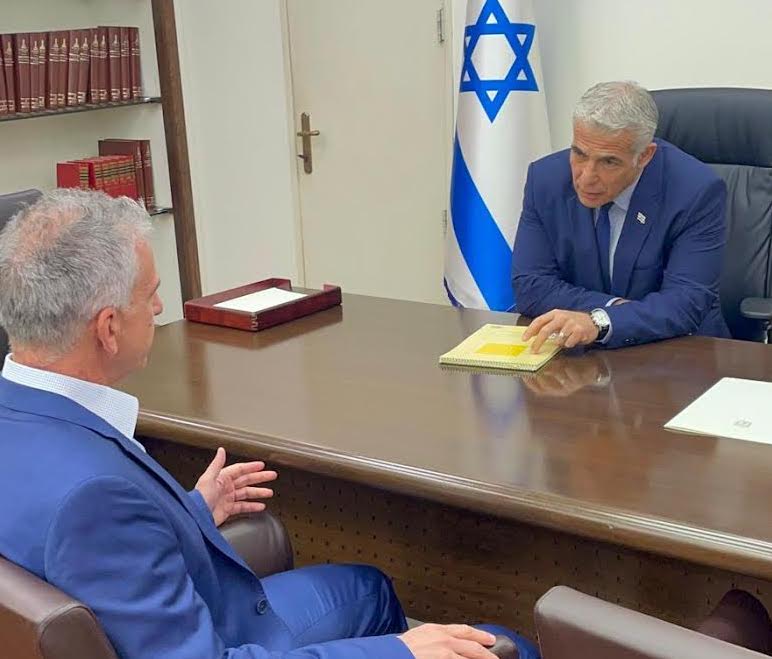 The PMO added that Barnea had reviewed the intelligence situation and the dangers involved in a return to the nuclear agreement. He reportedly has slammed the U.S. in intelligence briefings for intending to “sign an agreement, which it knows is a total lie.”

“The nuclear deal is a strategic disaster that will make it easier for Iran to acquire a nuclear weapon,” Barnea reportedly said. “The agreement will push Iran’s breakout time from one month to two-three months, and will give Iran hundreds of billions of dollars, which will pour into terror organizations.”

Barnea echoed remarks made by various Israeli policymakers and defense officials in recent days, saying that Israel is not part of a nuclear deal and has a right to defend itself in “any way possible.”

Meanwhile, Lapid is expected to talk with U.S. President Joe Biden about the shaping deal in the “coming days,” according to Israeli media. Israel’s Channel 13 reported that Lapid had asked for a phone conversation with Biden and was told that the American President is “on vacation.”