Israeli archaeologists have discovered the first evidence of a Crusader encampment in the Holy Land, located in the vicinity of Tzipori Springs in Israel’s northern Galilee region.

The team’s findings were published in the new book “Settlement and Crusade in the Thirteenth Century.”

Supported by the Catholic Church, the European Crusaders were officially driven by the idea of liberating the Holy Land from Muslim rule during several military campaigns in the Levant between the 11th and 13th centuries. During these centuries, the Crusaders established several kingdoms located in today’s Israel, Lebanon and Syria, including the Kingdom of Jerusalem when the sacred city was under European Christian rule.

While archaeologists have previously discovered several impressive Crusader fortresses and castles in Israel, the latest discovery is the first documentation of transitory Christian encampments used during times of military battles against Muslim forces.

Rafael Lewis, a Haifa University researcher and senior lecturer at Ashkelon Academic College, spoke about the archaeological work conducted in the area of Route 79 that connects the historically important city of Nazareth with the Israeli coast.

“The area along Route 79 was known as the site of the Frankish encampment ahead of the battle of Hattin in 1187, as well as for other encampments by both the Crusaders and the Muslims during a period of 125 years. For this reason, I was brought on board to focus on the remains from that era. It was a very exceptional opportunity to study a medieval encampment and to understand their material culture and archaeology,” Lewis said. 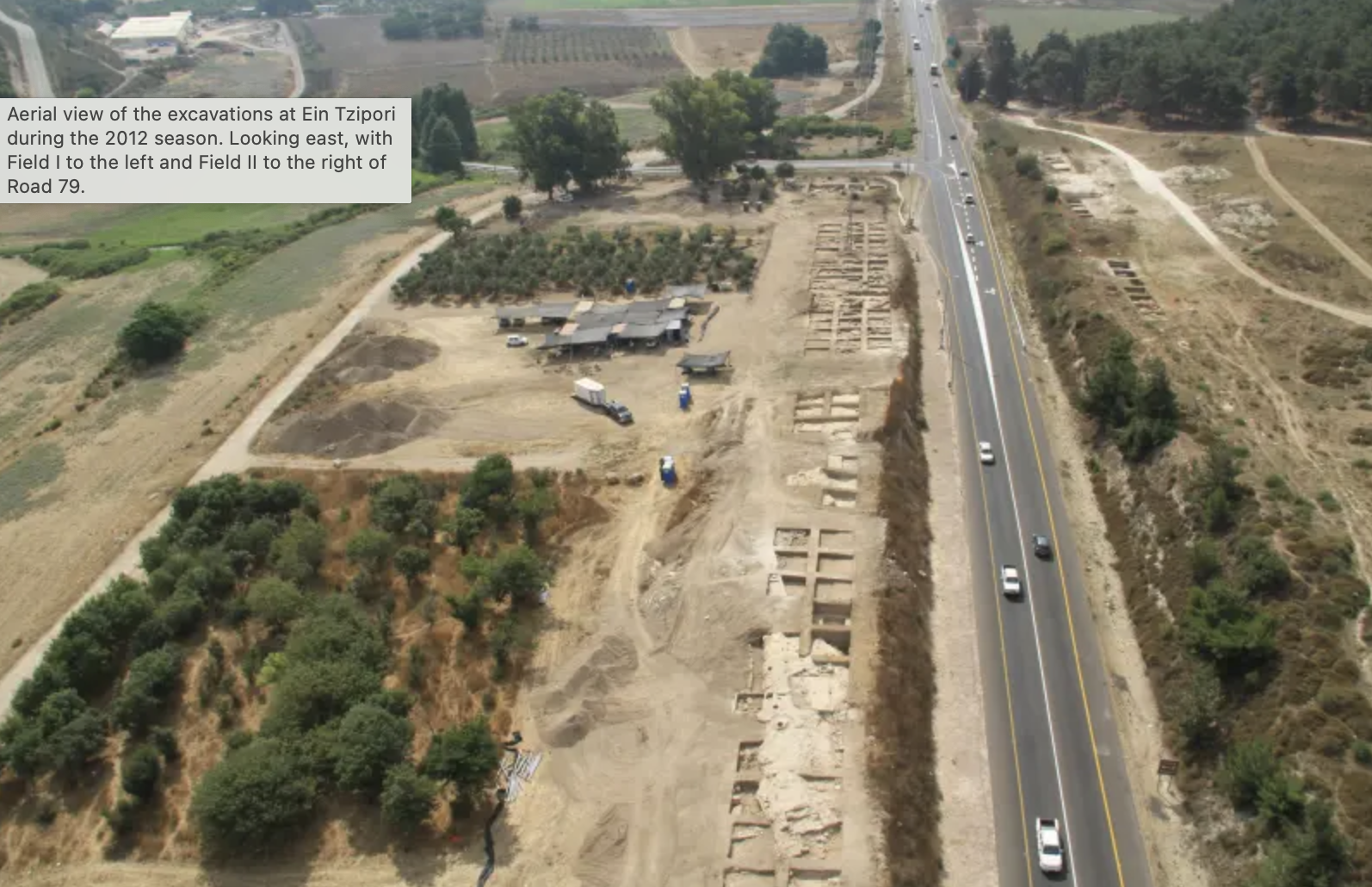 Aerial view of the excavations at Ein Tzipori in 2012. (Photo courtesy of Israel Antiquities Authority)

According to ancient sources from the time, a Christian army had been stationed in the Tzipori Springs area during approximately a two-month period ahead of a crucial battle against the Muslim forces led by Sultan Saladin.

“We used a discipline known as ‘artifact distribution analysis.’ We started by reconstructing the landscape as it approximately looked like at the time; we considered where the artifacts were found; and compared what we learned to historical records,” Lewis said.

While the Christian soldiers fought under the Christian king, archaeological evidence suggests that the Christian army was in practice decentralized and divided into several smaller groups of separate independent knights.

“In the site we found different clusters of artifacts. The majority of artifacts the archaeologists uncovered were horseshoe nails, both of a local type and of a more sophisticated European type, which were prevalent closer to the springs. We saw that the closer we got to the water, the richer the material culture became. We can probably deduce that those who belonged to a higher socio-economic status encamped by the spring. Changing those nails probably represented the main activity in the camp. Nobody wanted to find himself in the battle on a horse with a broken shoe,” Lewis concluded.

Looking ahead, Lewis expressed hope that more Crusader encampment findings would eventually be identified in other locations in Israel, thereby increasing the knowledge about the Crusader era.

Due to historical, religious and geographical reasons, Israel contains a vast amount of important archaeological sites within a tiny swath of territory.