An Israeli who was scuba diving off the Mediterranean coast found more than just amazing underwater sea life – he found a treasure of ancient artifacts dating back to the Crusader era including a huge three-foot long iron sword.

Shlomi Katzin discovered ancient stone anchors, metal anchors, pottery fragments and a sword with a 1-meter blade and a 30-centimeter hilt – over 4 feet long – while diving off the Carmel coast.

The Israel Antiquities Authority said that Katzin did the right thing by bringing the sword ashore and contacting the IAA since the sword could have easily disappeared again due to shifting sands. He received a certificate of appreciation for good citizenship.

The discovery of the sword – a rare find – places a Crusader knight in the Holy Land some 900 years ago.

“The sword, which has been preserved in perfect condition, is a beautiful and rare find and evidently belonged to a Crusader knight,” said Nir Distelfeld, inspector for the Israel Antiquities Authority’s Robbery Prevention Unit. “It was found encrusted with marine organisms, but is apparently made of iron. It is exciting to encounter such a personal object, taking you 900 years back in time to a different era, with knights, armor and swords.” 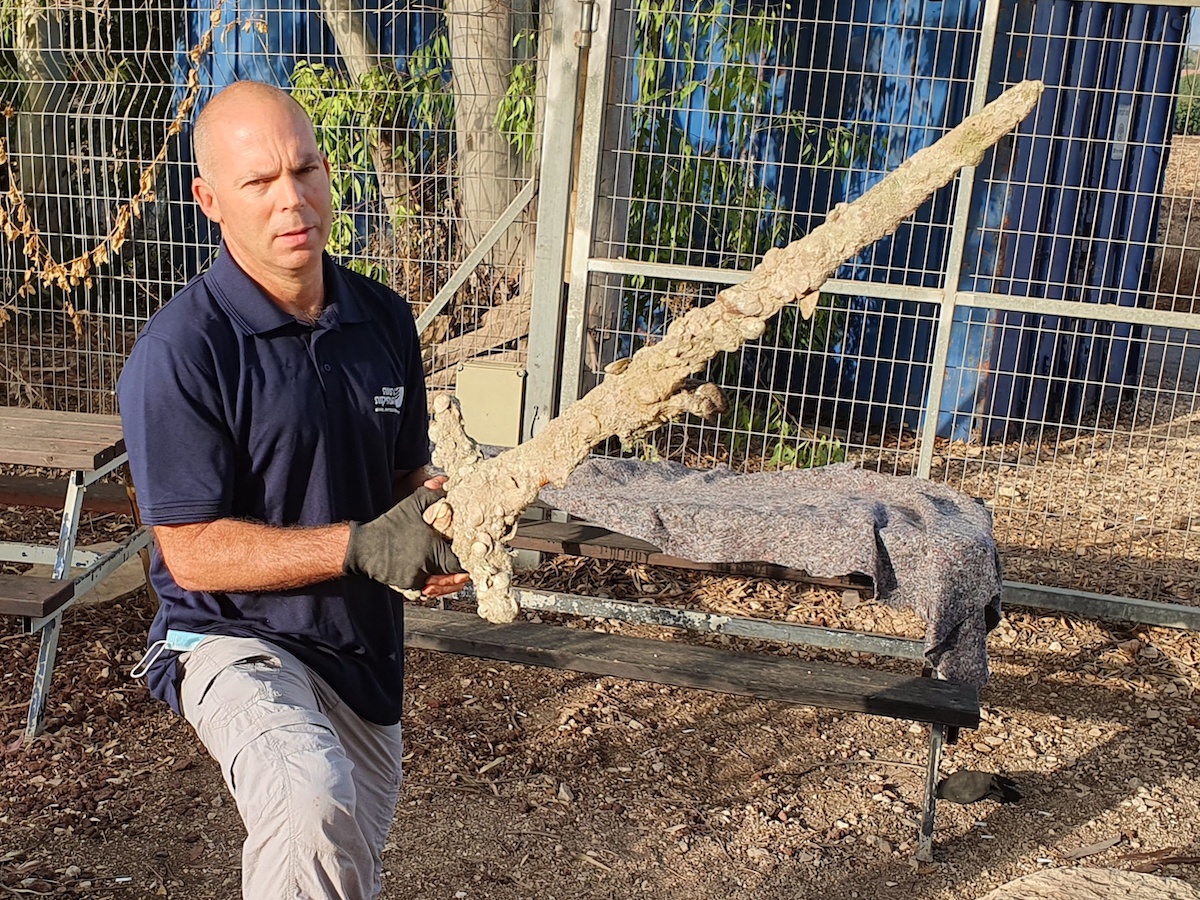 Kobi Sharvit, director of the Israel Antiquities Authority’s Marine Archaeology Unit, said that the natural coves of the Carmel coast would have provided shelter for ships in a storm. Ancient communities and port cities developed around these natural docking stations.

“These conditions have attracted merchant ships down the ages, leaving behind rich archaeological finds,” Sharvit said.

Sharvit added that as diving gained popularity in recent years so has the quest of leisure divers to discover ancient finds. The IAA has been monitoring this particular area since June, when it was first discovered by Boaz Langford and Rafael Bahalul. 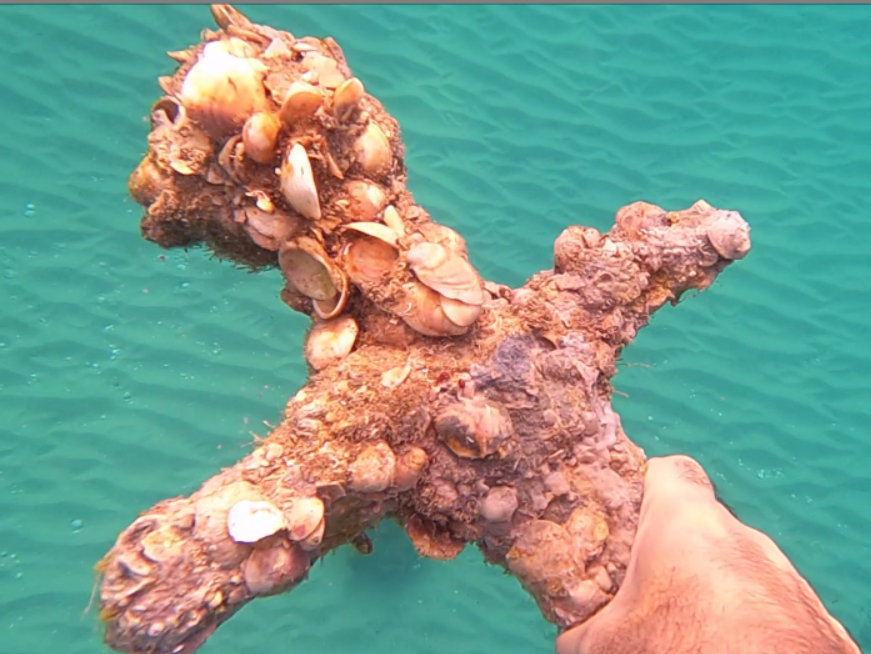 “Underwater surveying is dynamic. Even the smallest storm moves the sand and reveals areas on the sea bed, meanwhile burying others,” Sharvit explained. “It is therefore vitally important to report any such finds and we always try to document them in situ, in order to retrieve as much archaeological data as possible. The archaeological finds at the site show that it served as a small, temporary natural anchorage for ships seeking shelter.”

Some of the anchors dated back 4,000 years to the late Bronze Age. 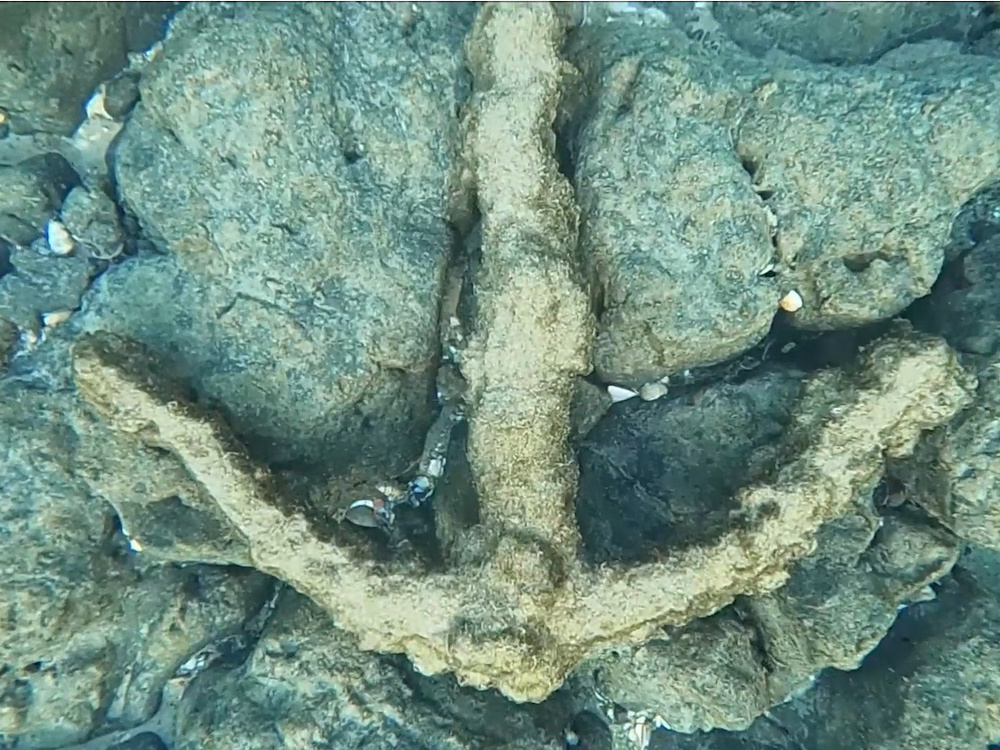 “Every ancient artifact that is found helps us piece together the historical puzzle of the land of Israel,” he said. “Once the sword has been cleaned and researched in the Israel Antiquities Authority’s laboratories, we will ensure it is displayed to the public.”