The Israeli Defense Ministry introduced the development of a new weapon designed to help the army in urban warfare settings and reduce unintentional civilian deaths.

Iron Sting, a laser-guided mortar system that is expected to be a game-changer in urban warfare, has completed its trials and is expected to become operational in the coming months, the government announced on Sunday. It will be fully integrated with Israel’s preexisting weapon systems.

The new weapons system combines greater firepower with high precision by using laser and GPS navigation, thereby reducing collateral damage to noncombatants in densely populated urban areas. Iron Sting is developed and produced by Elbit Systems, one of Israel’s leading defense companies. The new 120-mm mortar system reportedly has a range of 1 to 12 kilometers (.6 to 7.5 miles) and an accuracy to within 10 meters (32.8 feet).

During its first decades of independence, Israel was mainly engaged in conventional wars with conventional foes such as the militaries of Egypt, Syria and Jordan. However, since the Yom Kippur War in 1973, and after peace agreements with Egypt and Jordan, and the disintegration of Syria, Israel has mainly been engaged in asymmetrical warfare with Iranian-affiliated terrorist proxies such as Hamas in the Gaza Strip and Hezbollah in Lebanon and Syria, in addition to other Islamist militants in Syria.

The Jewish state has for years been facing the challenge of combatting terrorist organizations like Hamas and Hezbollah, which many times use Arab civilians as human shields, while simultaneously targeting Israeli civilians. As a result, civilians in Gaza and elsewhere have often been caught in the crossfire.

“The technology made available to the IDF by Israeli industries changes the battlefield and provides our forces with more accurate and effective means. It also fulfills the IDF’s needs, adapting combat capabilities to contend with enemies hidden within civilian, urban environments, while meeting the legal and moral standards set by the State of Israel," said Gantz.

Brig. Gen Yaniv Rotem, head of the Defense Ministry’s Directorate of Defense R&D, presented the new cutting-edge military system as the fruit of a decade of intense research and development. 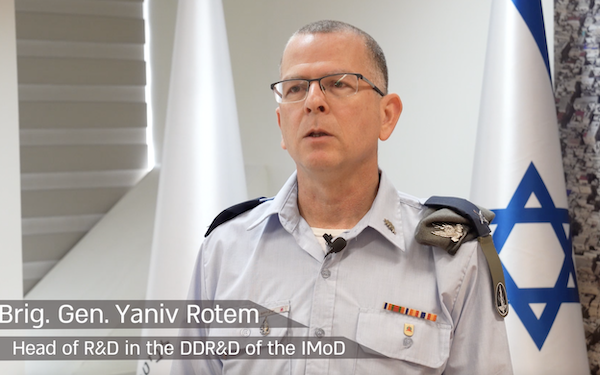 "Ten years of R&D have led us to this moment when we can provide the IDF’s ground forces with advanced capabilities made for the modern battlefield. This laser and GPS-guided mortar munition provides troops with a precise firing capability that has only been implemented in missiles and air munition thus far. This is a very complex program and a groundbreaking system on the international level," Rotem said. 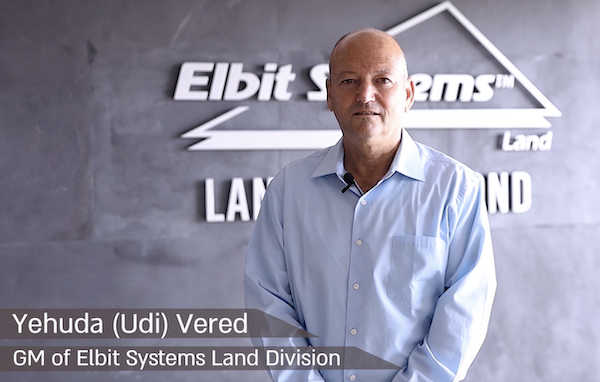 "The introduction of this laser and GPS-guided munition transforms the mortar system from statistical firepower into a precision fire system, thus delivering a significant change in fire capabilities at the tactical level,” he said.

Watch a video released by the Israel Ministry of Defense Spokesperson's Office recording the testing of the Iron Sting.