According to a Ministry of Economy report, Israel's yearly exports are expected to reach a new high of $160 billion, led by the technology and service sectors. This would be the second year in a row since the pandemic that record numbers have been reported.

According to the report, the present forecast is based on conservative estimates. However, if the first three quarters are any indication of the rate of growth in exports, the ultimate figure is quite likely to exceed $165 billion.

Clearly, this year's economic troubles have had an impact on the rate of exports. According to data from the Ministry of Economy, the increase in exports slowed in the second half of the year compared to the first six months, when Israeli exports increased by an astonishing 22% compared to the same period in 2021.

Last year was a watershed moment in the Israeli economy, with services accounting for the majority of all Israeli exports (51%), surpassing goods exports for the first time. According to the Ministry of Economy, the trend is projected to continue this year. The primary export components are programming and research & development services, which account for 42% and 14% of total service value, respectively. While this is an excellent achievement, the recent global slowdown in the high-tech industry highlights the Israeli economy's susceptibility and a potential decline in the current trend. 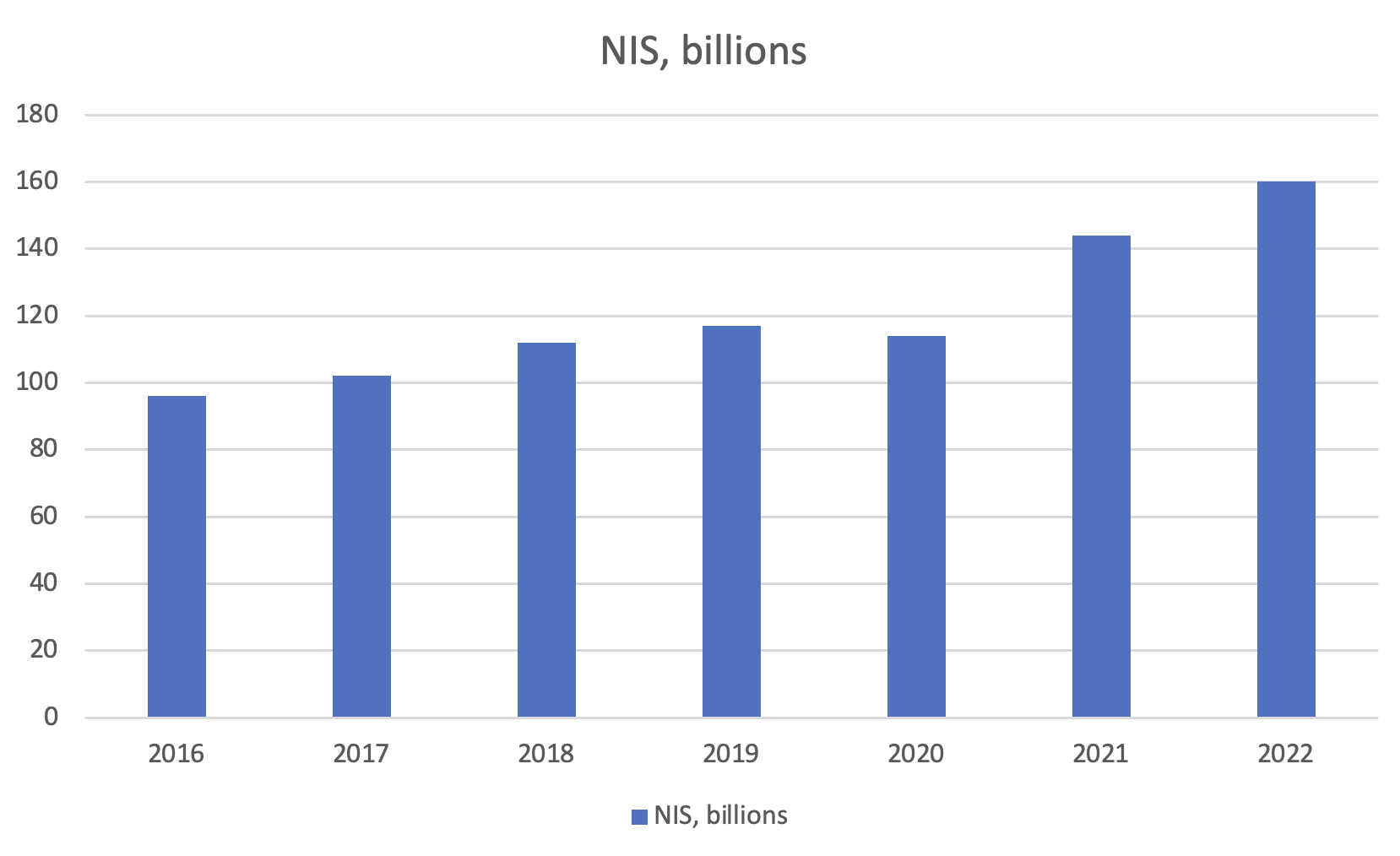 In terms of goods exports, the first six months of 2022 saw an 18% increase. Among the most notable gainers in the export of goods were chemicals and chemical industrial products (55%), electrical & mechanical equipment (18%), and diamonds (41%). However, as interest rates continued to rise throughout the world and in Israel during the second half of the year, the Ministry of Economy predicted a 15% decrease in goods exports.

The Israel Manufacturers' Association stated that while exports managed to increase despite a variety of challenges, it was concerned about the coming twelve months.

Ron Tomer, the president of Israel's Manufacturers' Association, said, "2023 carries with it the dangers of a global recession, localization in many countries, and difficulties in supply chains."