On an official state visit to Bahrain, Israeli Defense Minister Benny Gantz revealed on Wednesday that Israel offered assistance to the Lebanese army last week in light of the country’s ongoing crisis.

“Unfortunately, Lebanon has changed to an island of instability, though Lebanon’s civilians are not our enemies,” Gantz said, in a pre-recorded video message to the virtual INSS conference sponsored by Tel Aviv University. “Therefore, I offered assistance to them four times over the last year, including over the last week, through UNIFIL.”

“We want to support the Lebanese army which suffers from a lack of basic supplies and which has lost 5,000 of its soldiers recently,” the defense minister added.

Gantz did not elaborate what kind of assistance was offered by Israel, nor did he specify the reaction of the Lebanese army to the proposal. He only mentioned that Israel wishes to help Lebanon “in a targeted manner.”

Lebanon had been dealing with a snowballing economic crisis over the past two years. Consequently, many of the nation’s services, such as access to the internet and an electricity supply, were interrupted by recurring outages. Lebanese residents live with only a few hours of state electricity a day and rely on a network of private generators that also depend on diesel fuel - which is in shortage.

Gantz landed in Bahrain's capital, Manama, for an official visit on Wednesday. He was welcomed in a ceremony and greeted by his Bahraini counterpart, H.E. Lt.-Gen. Abdullah Bin Hassan Al Nuaimi. The minister is expected to conduct meetings with high-ranking officials in the Bahraini defense establishment, in addition to other leaders. 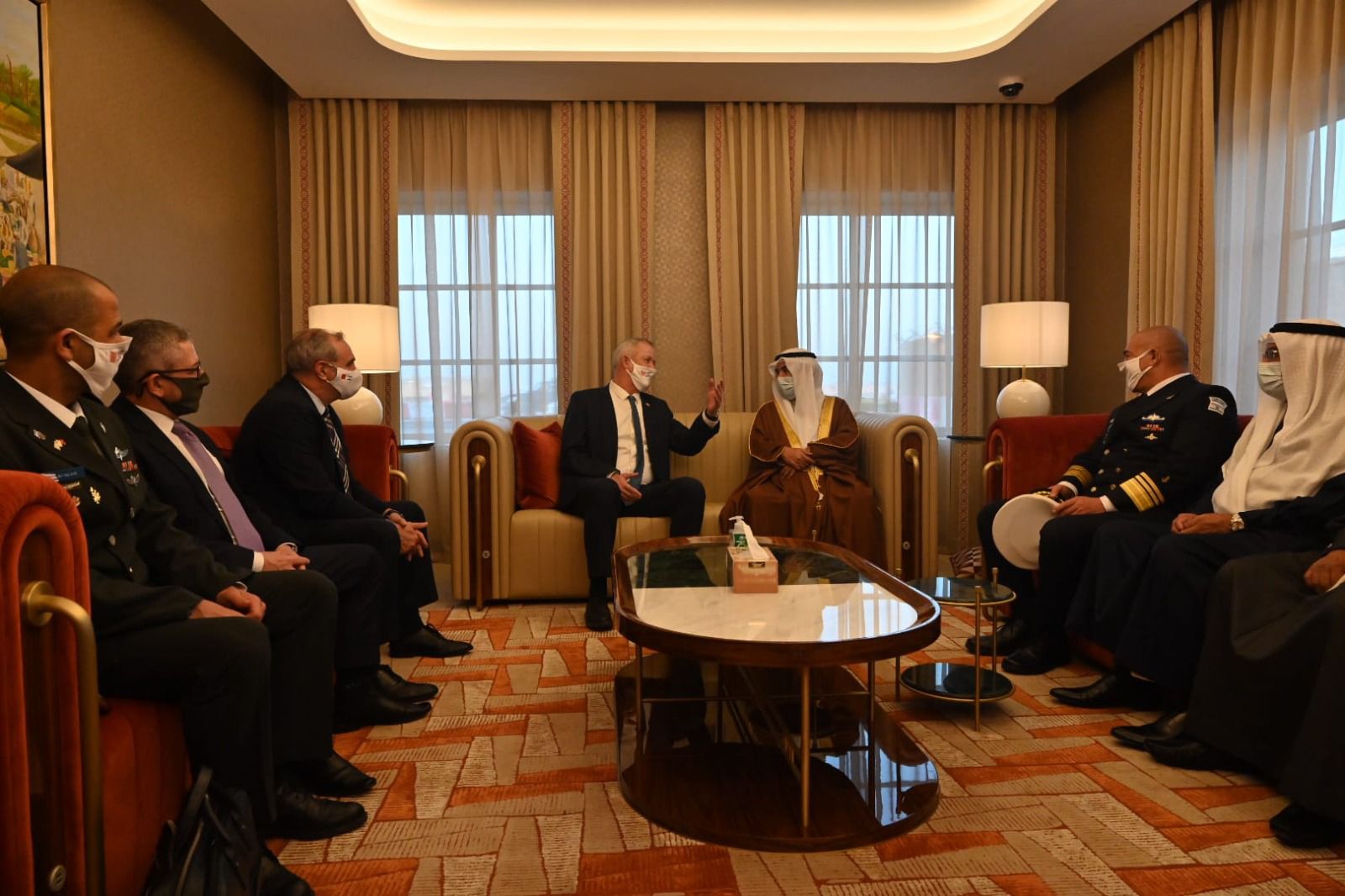 The aircraft carrying the Israeli delegation that accompanied Gantz is the first Israeli Air Force plane to land in Bahrain. The plane itself has a fascinating history. Owned by Egypt in the early 1950s, it was given the number 01 and was used as the main presidential aircraft. On Nov. 19, 1977, it landed in Israel’s Lod airport, carrying former Egyptian President Anwar Sadat in an historic visit which kicked off the peace process between the two countries.

Meanwhile, Bahrain is currently hosting the largest maritime exercise in the Middle East. The combined training includes 9,000 personnel and up to 50 ships operating across two regions. Forces from Israel, United Arab Emirates, Bahrain, Saudi Arabia, Egypt, Jordan and Sudan are taking part in the drill led by the U.S. Navy.